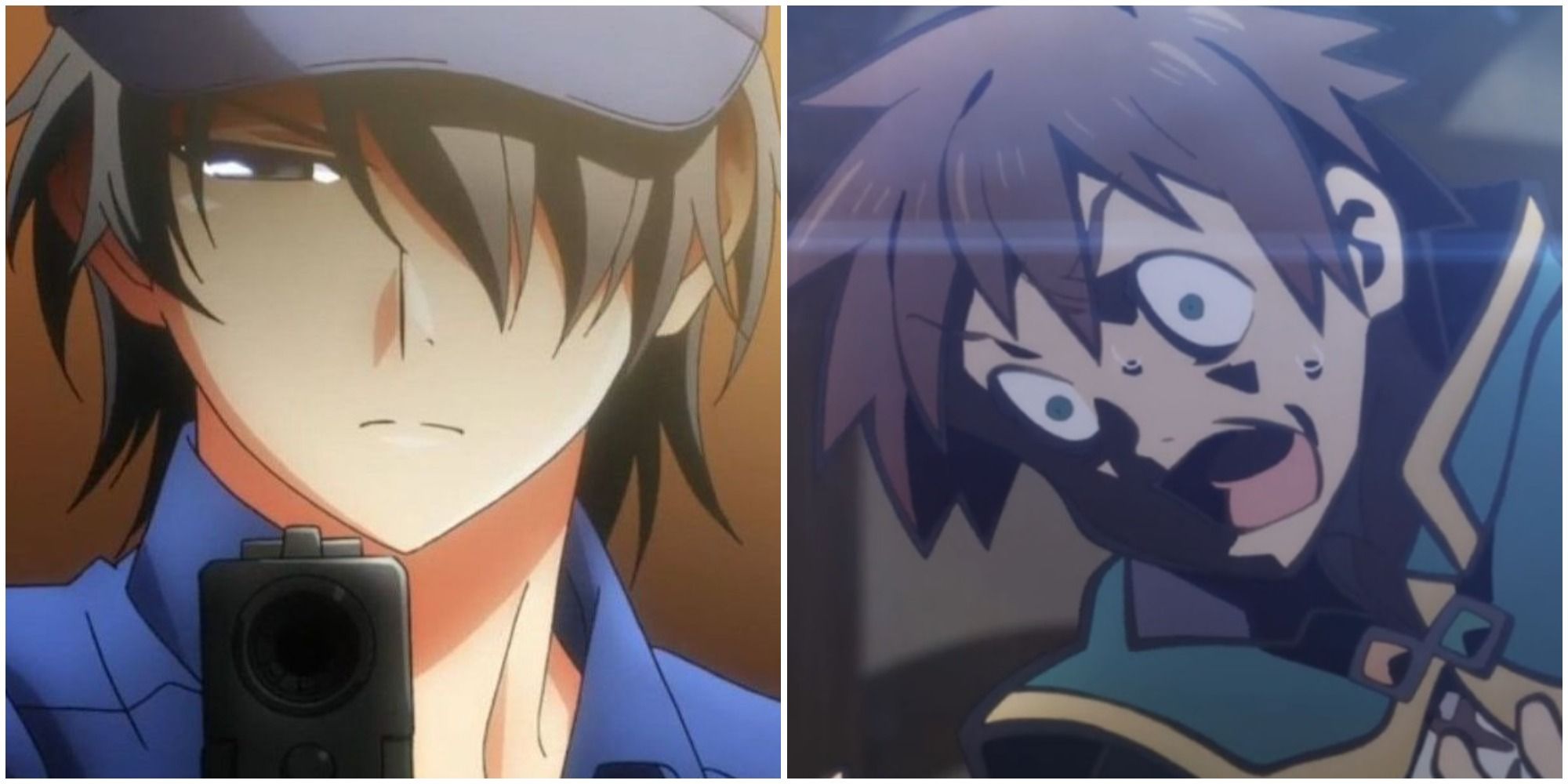 10 anime heroes who don’t want to sacrifice themselves

There are many heroes who place more value on their lives than on the mission entrusted to them. These heroes will never want to sacrifice their lives for others. They may be a little selfish, but the truth is that they all understand the value of their lives.

Many heroes are obsessed with their missions and would do anything to fulfill them. It’s clear that even the most indifferent character can get angry enough to want revenge, even if they die. While some heroes may sacrifice themselves to achieve their ultimate goal, there are plenty of heroes who aren’t willing to go that far.

Lelouch is one of the most ambitious heroes in all of anime. He is incredibly intelligent and has a suffocating superpower that allows him to manipulate people into submission.

In the Code Geass anime, Lelouch is a prince of Britannia. Lelouch really only cares about his sister. She’s the only thing that keeps his bad temper from showing up, and also keeps him from subjugating everyone and everything. Having acquired the majestic power to manipulate everyone, he begins to step on the heads of his enemies.

Naofumi is the main protagonist of The rising of the shield hero. He realized the painful side of living in another world because he was betrayed so many times. He wants to gain power so he can easily kill more powerful enemies. His adventures are always full of dangerous situations that he wants to avoid.

Naofumi is the shield hero, which says a lot about his character. He would never sacrifice his life for the kingdom and the people he hates with all his heart.

The fruit of grisaia’s Yuuji had a horrible childhood full of suffering and pain. He was forced to endure torture and kill people as a mercenary. He hated his life, but was saved by a woman who raised him to be a good man. In fact, Yuuji has become incredibly cautious and never acts without a plan. He no longer wants to sacrifice himself because he is tired of his old life as a mercenary. He manages to find value in his life and begins a new life as a schoolboy.

Kazuma was born into the Kannagi clan, which specializes in fire magic. They valued power more than the relationships between them. Kazuma has no ability in fire magic, so he was kicked out of the clan by his own father.

He left the country and changed his name to Kazuma Yagami. He met and fell in love with a wonderful girl named Tsui Ling. Tragically, he was unable to protect her and was forced to watch his girlfriend being sacrificed to the demon. He became strong and careful enough that it would never happen again.

6 Ciel Phantomhive thinks only of himself (Black Butler)

Ciel is the main protagonist of the anime black butler. As a child, he became the head of a noble family. His parents died and he was captured by sectarians. In his half-dead state, he made a contract with a demon and managed to escape.

RELATED: 10 Anime Heroes Who Always Win Despite Doing Nothing

He inherited a huge property and staff. He began to find the one who murdered his parents and went on errands for the queen herself, earning such a servant with supreme power. The last thing he wants to do is sacrifice his life, because he gave everything to keep it.

William is a genius, especially in math. He is a smart and cautious person with big ideas about the new world. With his moral compass fixed, he hates corruption and injustice towards ordinary people. He’s also a cold-blooded killer.

He has supreme ideals, but he is not ready to die to achieve them. He shows incredible mental capacity in all situations, as he is quite calm. He decided to destroy the upper classes and class inequality, thus destroying corruption. Sometimes he can be quite cruel, but he always keeps his ears glued to the ground because he values ​​his life way more than he needs to.

Oga is a strong student who accidentally found the son of a demon king. Now he is forced to become his second father and raise him properly. Although he might seem angry, he would never give up on his troubled loved ones.

Oga is not smart, but he is strong and has the respect of the whole school. He is not afraid of anything, even if he sometimes has to give in to parental pressure. Oga has a bad temper, and if he was suddenly threatened with something, he is unlikely to sacrifice his life.

Koko is an arms dealer and member of the HCLI society. She is also working on the Jormungand project with her robotics expert friend Minami. She has her own big business and travels freely around the world with many bodyguards.

RELATED: 10 Anime Heroes Who Lost At The Last Minute

Being a wealthy and intelligent person, she fears for her life and will never sacrifice it. To deal with this, she keeps bodyguards. She is generally calm and in control of her feelings. She has a habit of smiling in all situations of Jormungand, but she may also rarely have angry outbursts.

Ainz was transferred into the game and there was nothing left of his humanity. He started treating people like insects, trampling on those who got in his way. Ainz is the true Overlord and leader of Nazarick. With his abilities, the servants regard him as a God.

He has monstrous power as he is reborn into his character’s body in the game. Ainz wants to find the friends he played the game with, so his first priority is to take over the world by killing millions of people.

Kazuma was Hikikomori in his previous life and died of fear of being hit by a tractor. In his new life, he took the goddess with him, which meant he could live happily and carefree.

Of course, things didn’t go as planned. The goddess was useless and he had no strength. In his condition and with his uniqueness, he was the last person to risk his life. Against his will, he assembles a team of amazing girls and goes on missions to feed himself.

NEXT: 10 Anime Heroes Who Don’t Care About Their Own Well-Being


Following
10 Anime Heroes Who Died After Redeeming Themselves

Edgar is the creator of the world’s first all-in-one marketplace, Mucheap.com. He knows web and mobile programming and enjoys writing articles. You can follow him on Twitter at @nobledgar. He also enjoys reading fantastic books and diving into a world where anything is possible. Edgar is a kind and friendly person who will never leave you in trouble.

This billionaire industrialist was once a budding filmmaker. Any guesses?