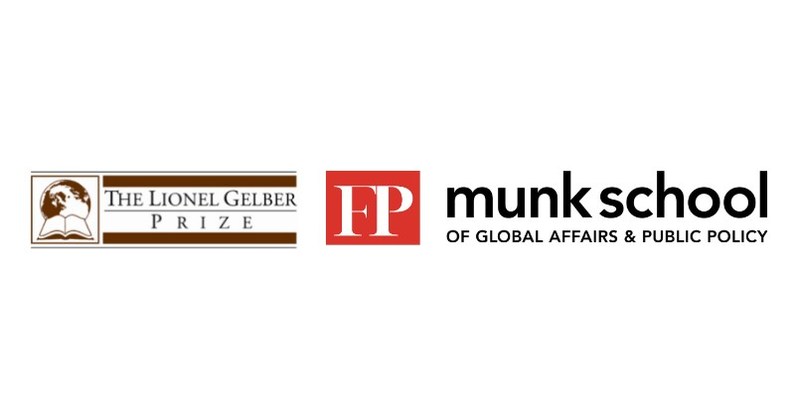 “This year’s shortlisted books provide in-depth insight into our recent past with valuable lessons for our collective future. Shortlisted books grapple with pandemics and disasters; explore how violent riots laid the groundwork for genocide detail the complicated history of a decades-long conflict and examine the changing world order from the perspective of an emerging global superpower. We extend our sincere thanks to the Lionel Gelber Prize Jury for their thoughtful selections for the Prize. of this year,” said Judith GelberPresident of the Lionel Gelber Prize Jury.

Announcement of the winner: The winner will be announced on April 12, 2022. The winning author will participate in an online event organized by Foreign Policy and the Munk School of Global Affairs & Public Policy on May 10and2022. From Tuesday on, March 8, 2022interviews with each of the finalists will be broadcast every Tuesday on the Lionel Gelber Prize websitethe Munk School YouTube channel and on Apple Podcasts.

About the Lionel Gelber Prize: The Lionel Gelber Prize, a literary prize for the best English-language non-fiction book on foreign affairs, was founded in 1989 by the Canadian diplomat Lionel Gelber. A cash prize of $15,000 is given to the winner. The prize is awarded annually by from the University of Toronto Munk School of Global Affairs & Public Policy, in partnership with Foreign Policy magazine. For more information, please visit: www.munkschool.utoronto.ca/gelber/ or follow on Facebook and Twitter @gelberprize.

Jury’s comment: “From Washington at Kampala, To end a plague tells the story of how the Bush administration mobilized support for PEPFAR, an ambitious plan to fight AIDS in Africa. Drawing on testimonies from lawyers, doctors and policymakers, Bass traces the long road from AIDS activism to the deployment of antiretrovirals. Although PEPFAR has not been perfect, it has provided massive investment and a roadmap for how to mobilize against AIDS over the long term. In doing so, he also taught an important lesson we have yet to learn: responding to a serious public health threat matters wherever it occurs – a pandemic threatens us all. »

Emily Bass has spent over twenty years writing and working on HIV/AIDS in America and the East and South Africa. Her writing has appeared in numerous books and publications, including Foreign Policy, The Washington Post, The Lancet, Esquire, and n+1, and she received notable mention in Best American Essays. A long-time social justice activist, Bass has served as an external expert for the World Health Organization and a member of the collective What Would an HIV Doula Do. She is the recipient of a Fulbright Journalism Fellowship and a Martin Duberman Visiting Fellowship from the New York Public Library. She lives in brooklyn with his family.

Jury’s comment: “Is the balance of power shifting from American hegemony to a new world order, where China take the lead? Based on the primary sources of the Chinese language, Rush Doshi traces the evolution of China US strategic partner-to-strategic competitor approach in The long game: China Grand strategy to move the American order. Doshi outlines China national strategy since the end of the cold war, and discovers that of Beijing long game — to become a technological superpower that exceeds United States. Doshi’s book provides a comprehensive blueprint for an American response, making it essential reading for policymakers in Washington and beyond.”

Rush Doshi is the founding director of the Brookings China Strategy Initiative and a member (on leave) of the Paul Tsai China Center at Yale Law School. Previously, he was a member of Asia political working groups for the Biden and Clinton presidential campaigns and a Fulbright Fellow in China. His research has appeared in the New York Times, The Wall Street Journal, The Washington Post, Foreign Affairsand International organisation, among other publications. Fluent in Mandarin, Doshi earned his doctorate from Harvard University focusing on Chinese foreign policy and his bachelor’s degree from princeton university. He is currently director of China on the Biden administration’s National Security Council (NSC), but this work was completed prior to his government service, is based entirely on open sources, and does not necessarily reflect the views of the U.S. government or the NSC.

Jury’s comment: “Why are we so slow to learn from past disasters? Doom: The Politics of Catastrophehistorian Niall Ferguson examines plagues and disasters throughout human history and explores how we can learn from them to anticipate future crises. Ferguson makes a clarion call to improve our governance, especially the middle managers who so often fail to respond to complex challenges, and the bureaucratic dysfunction that hampers adaptability. A must-read for leaders and policy makers preparing for the next pandemic.”

Niall Ferguson is a world-renowned historian. He is the author of sixteen books, including Civilization, The Great Degeneration, Kissinger, 1923–1968: The Idealist, and The Ascent of Money. He is a Milbank Family Principal Investigator at the Hoover Institution, Stanford University, and the Managing Director of Greenmantle LLC. He is also a regular Bloomberg Opinion columnist. His numerous awards include the International Emmy for Best Documentary (2009), the benjamin franklin Award for Public Service (2010) and the Council on Foreign Relations Arthur Ross Book Award (2016).

Jury’s comment:After two decades and four presidential administrations, America has finally ended its war in Afghanistan. There is little doubt about the result: United States spent twenty years shedding blood, sweat and treasure in a frustrating and complex war – a war she ultimately lost. In The American War in Afghanistan: A storyrenowned historian and former advisor to U.S. military commanders in Afghanistan Carter Malkasian offers an extraordinary view of the dynamics that led to the American withdrawal and the return to power of the Taliban. Deeply researched and beautifully written, Malkasian’s account draws on primary sources and takes the reader through the complex political, military, and sociocultural forces that shaped America’s longest war.”

Carter Malkasian was Special Assistant for Joint Chiefs of Staff Strategy, General Chairman Joseph Dunford from 2015 to 2019. He has extensive work experience in Afghanistan through multiple deployments across the country. The highlight of his work is the nearly two years he spent in Garmser District, Helmand Province, Afghanistan, as the State Department’s policy officer and leader of the district’s stabilization team. He is the author of War Comes to Garmser: Thirty Years of Conflict on the Afghan Border (Oxford) and Illusions of Victory: The Anbar Rise and the Rise of the Islamic State (Oxford). He has a doctorate. in the history of Oxford and is fluent in Pashto.

Jeffrey Veidlinger, In the midst of civilized Europe: the pogroms of 1918-1921 and the beginning of the Holocaust (Harper Collins)

Jury’s comment: “What makes us change our outlook on our neighbors of a different religion, transforming them, in just a few years, into invaders, enemies and threats? Twenty years before the Holocaust, more than a hundred thousand Jews were murdered in Ukraine by peasants, townspeople and soldiers who blamed them for the troubles of World War I and the Russian Revolution. These pogroms – violent riots that took place between 1918 and 1921 – made headlines at the time but are largely forgotten today. In his book In the midst of civilized Europe: the pogroms of 1918-1921 and the beginning of the HolocaustJeffrey Veidlinger provides an impeccably researched account that transforms our understanding of this era and the factors that could cause this violent transformation to replicate itself in ours.”

Jeffrey Veidlingergraduated from McGill universityis Professor of History and Judaic Studies and Director of the Frankel Center for Judaic Studies at the University of Michigan. His books, including The Yiddish State Theater in Moscow and In the shadow of the Shtetlhave won a National Jewish Book Award, two Canadian Jewish Book Awards, a JI Segal Award and the Bernard Hewitt Award for Outstanding Research in Theater History. Jeffrey Veidlinger lives in Ann Arbor, MI.