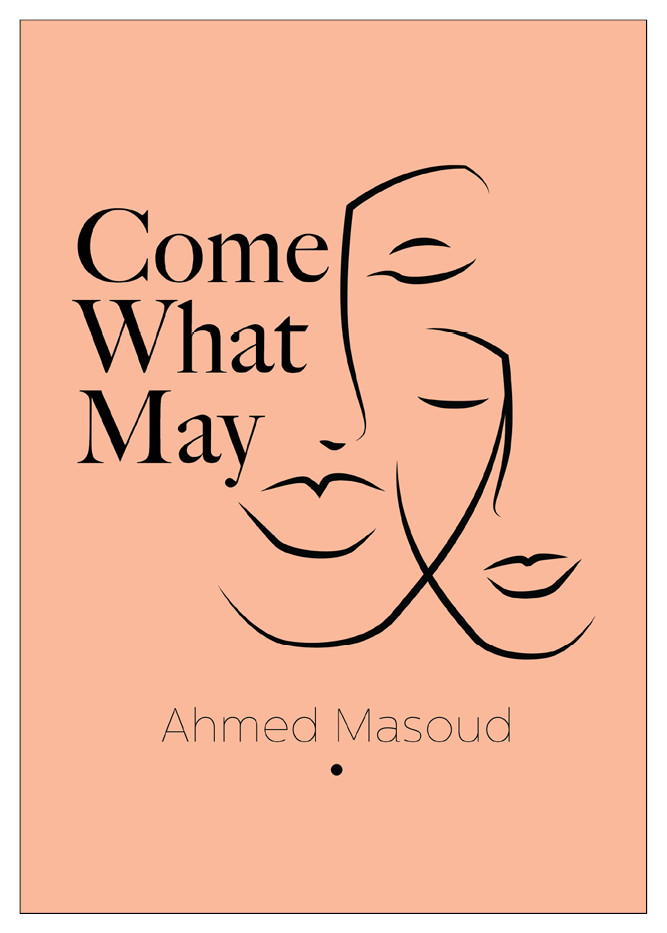 The opening of Ahmed Masoud’s second novel Whatever happens is surprising, not in terms of the staged scene – which is an aerial bombardment of Gaza, the likes of which we unfortunately know all too well – but the responses of the couple at the center of it. The husband turns off the radio, puts down his cell phone and the couple “looks[ed] TV, I played cards, I had a lot of sex.

Husband Ammar then goes out for coffee and never comes back. He was later found dead.

This was around the time of the Shujaiya massacre in July 2014, when Israeli airstrikes destroyed 670 buildings in the Shujaiya neighborhood, killing at least 120 Palestinian civilians over several days.

Ammar’s wife, Zahra, the narrator of the story, learns that he died as a result of the bombardments. But she has proof that he was murdered.

Everyone tells him to forget about it and leave his apartment in Gaza to move in with his family in the Jabaliya refugee camp or remarry someone as a second wife. She refuses and finds a man ready to believe her, the super detective Mr. Nouman. And so the story begins.

Zahra’s lack of fear in a terrifying environment drives this page-turning narrative forward. With its first-person narrative, the reader sees Gaza from the ground and learns about its food, smells its smells, learns areas to avoid, ways to know who to trust, service taxis to take and how to act. in their.

It’s an exciting journey filled with loving detail that works in counterpoint to the harsh realities each endures as individuals and as a collective.

At his book launch at SOAS on May 4, Masoud explained that the novel was formed “over a long period of time,” but he wrote it “in a month and a half,” which, according to the standard of any novelist, is quite record. . (Alice Munro, for example, is cited as take eight months to write a short story.)

Masoud, who is also a playwright and director, said he first allowed his characters and the story to crystallize in his head before words appeared on a screen. He arranges stories as he washes, cycles through the streets of London and swims in open water in his ponds. This process of formulating the novel takes him up to two years, but the writing itself must be quick – he fits into it whenever he is away from work and family – a few days in Paris , when traveling by air.

But the speed suits the novel, which is fast-paced work and recreates the tensions and energies of survival in a battered, heavily populated and sealed environment.

The bare linguistic style is also suitable for the background. This is a plot-driven novel – the characters twist and turn around the buildings, uprooted orchards and bombed-out houses of Gaza. It is the one where the couple, Zahra and Ammar, are reunited across the chasm between Jabaliya camp and Gaza City by a common love of literature.

The novel could be categorized as a detective story or a detective story – as it is a quest to both find the murderer and to uncover his motive – but it is also a novel about the influence of reading on the life of the characters.

It is in a category with Read Lolita in Tehran, Crate 19, The Possessed and Shelf Life: Chronicles of a Cairo Booksellerwhere English literary texts—from Shakespeare to Charles Dickens (to whom Masoud most relates) to Robinson Crusoe—provide an additional cast of characters with whom their contemporaries befriend, forbid, and find solace.

Here, Masoud draws on the autobiographical. From 1998 to 2002, he studied literature in Gaza, where reading is a way of escape.

A gripping read, Whatever happens is also one of the most vivid literary depictions of Gaza available to the English-speaking reader. Despite the narrator’s seemingly depoliticized view, much is covered in a few pages, including refugees, class, borders, tunnels, spies, bombings, cost of basic necessities (food, cement), destruction of olive trees, the illegal drug trade, resistance leaders. with mystical powers, ancient train tracks and drones, aid workers and a student theater production.

The specific and vital nature of trust and community emerges from its pages in a way that only a literary form can capture. Society is divided outwardly and by class, but ultimately there is a common sense of purpose and belief. This is handled delicately without being didactic or sentimental.

There’s nothing new about a male author choosing to write in the voice of a female narrator, from Dickens and Alberto Moravia to Philip Pullman, but the choice is good because it increases feelings of vulnerability. and urgency of the fate of Zahra. Even getting into a taxi next to a man holding a rosary requires negotiation.

“He was a big guy and I didn’t want to be beaten, spat on or pushed out of the car. I had never seen anything like this happen before my eyes, but men scared me, especially those who believed God had told them to treat women like that. But women here can only be empowered when they are either old or divorced and socially excluded.

The novel is not without flaws. There are a few errors in the dates and some of the characters’ behaviors and reactions seemed implausible to this reader, but we’re willing to ignore those issues, as Masoud’s tone is upbeat and cheeky, his energy palpable, and the story unfolding. he tells is a heartbreaking read.

Selma Dabbagh is a fiction writer and a lawyer.