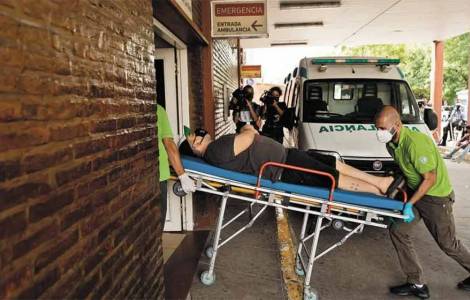 Buenos Aires (Agenzia Fides) – “Yes, drugs kill: we cannot afford to ignore this tragedy and so many others that happen every day. with his family and friends for so much pain and helplessness, we accompany so many struggles with our prayers and our closeness”. This is what the bishops of the pastoral region of Buenos Aires write in their message entitled “You you’re not alone, let’s cry together: drugs kill”.
According to information gathered by Agenzia Fides, a shipment of badly cut cocaine, bought in the northern suburbs of Buenos Aires, has caused 20 deaths and more than 80 hospitalizations in recent days. The Ministry of Health of the province of Buenos Aires has urged the population not to consume it and those who have done so and show signs of drowsiness or respiratory crisis to go to the hospital immediately. Police seized over 20,000 doses of miscut cocaine and made numerous arrests.
The Catholic Church and other Christian denominations reiterate their commitment to help drug addicts and others, denouncing: “Addiction: it’s a cry! it cries out in anguish, it cries out for help, drug addiction spreads, deepens and becomes more complex”. This is why they urge to own this pain. As this question cannot be postponed, an “emergency law on addictions” is needed as soon as possible. Many mothers and fathers suffer from the addictions of their children, “a family with substance abuse problems is a broken family, but not defeated, God is the strength of the weak, and where there is a need, an open heart and compassionate always appears”. To those who see the legalization of drugs as a particular solution to the damage caused by the so-called “adulterated drug”, the bishops reiterate that “the decriminalization of consumption, the legalization of substances, will only lead to more consumption and of marginalization”. .
Warning against becoming accustomed to so many social problems which, after a while, are neglected or forgotten, the bishops underline that “the human rights which have been flouted must move us and mobilize us: we cannot let’s be indifferent, let’s reconnect with others, let’s listen to each other with the heart’.” The bishops of the pastoral region of Buenos Aires once again call on all of society “to work together with strength in the prevention of addictions”, opening more space for chapels, clubs and schools, giving space to those who don’t have it, supporting the Work of the Houses of Christ: reception, healing and social reintegration centers “Let us not tire of asking the authorities of the National State to deal with the mechanisms of corruption at all levels, which feed this circuit of drug trafficking, which destroys so many neighborhoods, communities, families, brothers”. (SL) (Agenzia Fides, 2/7/20 22)