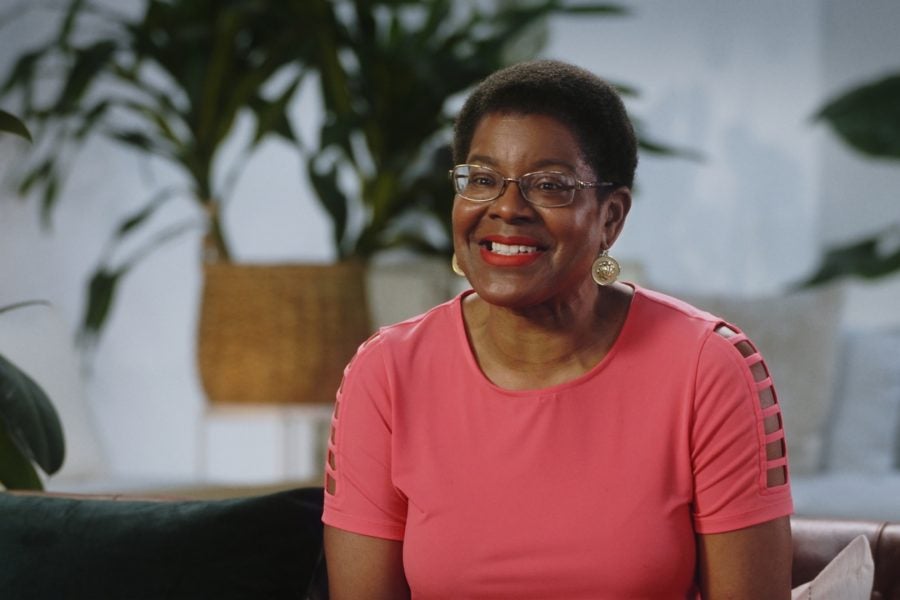 Award-winning author, producer, teacher and expert in horror culture, Antananarivo Due is finally recognized as the black horror pioneer she has always been. Just two years after his documentary Black Horror: A Dark Horror Story documented the leads made by black producers, directors, screenwriters and actors in the horror genre, Due’s classic sci-fi horror novel The entrance just got a makeover and re-release, as the scariest season is in full swing

â€œTo have a novel republished after all these years, with the interest it arouses and the genre and the number of interviews that I do, on a book that I published so many years ago, is simply amazing, â€she said of the novel’s reissue. .

The entrance follows the fate of Hilton, a man who narrowly escaped drowning as a young child and who can’t help but think he’s living on “borrowed time.” 30 years later, his wife, a high level judge, receives death threats, his family is harassed and he has increasingly intense nightmares where he is tormented by an invisible enemy.

Not only has the novel been embellished with a new cover image, it also features a new audiobook component and a deep dive into the book’s themes and meaning via Emma Roberts’ Belletrist + Book Club.

Due joined Emma Roberts and Karah Preiss on this month’s Belletrist + BookClub discussion series, discussing the impact of the now 25-year-old sci-fi / horror classic and its influence on the landscape of the modern horror.

“To make the book club launch and the conversation with Emma Roberts part of it?” Believe me when I got home my mouth was hanging out. Like ‘Wow, what’s going on?’ â€

The renewed interest throws Due for a loop. After decades of lobbying to have his books and those of his counterparts fit for adaptation, the floodgates are suddenly open and his old and so new – barely finished work is on the table for film and television. .

“I’ve never had so much elective work at the same time,” she said, noting that not only The entrance is about to be adapted, but his 2003 novel The good house and his new novel The house of correction also. â€œIt’s pretty amazing. It’s definitely new. I give a lot of credit, especially in terms of the TV movie, to Jordan Peele and his horror work, starting with Get out. “

Due credits Peele’s work in pushing black-led, black-produced horror to the forefront by injecting Hollywood with this brand-new interest in horror stories from black creators, albeit a far cry from what she lived in the 90s.

â€œWhen I was trying to go to those Hollywood pitch rooms to do an adaptation, I got blank faces because people literally didn’t understand, ‘what is dark horror? “They didn’t understand,” she revealed. “Then if they liked the story they’d be like, ‘Sounds awesome … Do the characters have to be black? ”

Incredibly, this specific question was even raised once regarding the option of his 1997 novel. My soul to keep, in which the protagonist is a 500-year-old immortal, who, as such, endured slavery in southern Antebellum.

The author acknowledges the strides made by black horror media on the television and film fronts, but acknowledges that this same energy has not spilled over into literature.

â€œThere has been a big disconnect between the literature side and the Hollywood side in black horror,â€ she said. The key, she says, is having access to the rooms where those decisions are made.

â€œI love that these original scripts are created, but in order for an original script to be created, you really need these creators to be close to Hollywood. Jordan Peele was a Hollywood insider when he made Get out. Even though it was still an uphill battle for him, at least he had closeness.

Due says that with all the resources at the fingertips of young designers and Hollywood constantly foaming at their mouths for fresh content, she would love to see a new generation of black designers craft their own path to success.

â€œThere are demands from these hungry platforms that need content, content, content,â€ she noted. It has never been easier to do it yourself. I’m not saying it’s easy, â€she said. â€œWe need disparate voices. We need different versions, even of what dark horror looks like.

In addition to teaching black horror and Afrofuturism at UCLA, Due is executive producer of Shudder’s groundbreaking documentary. Black Horror: A History of Black Horror. She co-wrote the horror anthology film Black, also titled Dark Horror, coming to the Shudder Platform on October 28 (watch the spooky trailer above), and the re-release of The entrance is available wherever books are sold now and through Bookclub.com if you’d like to join this month’s conversation alongside Belletrist.