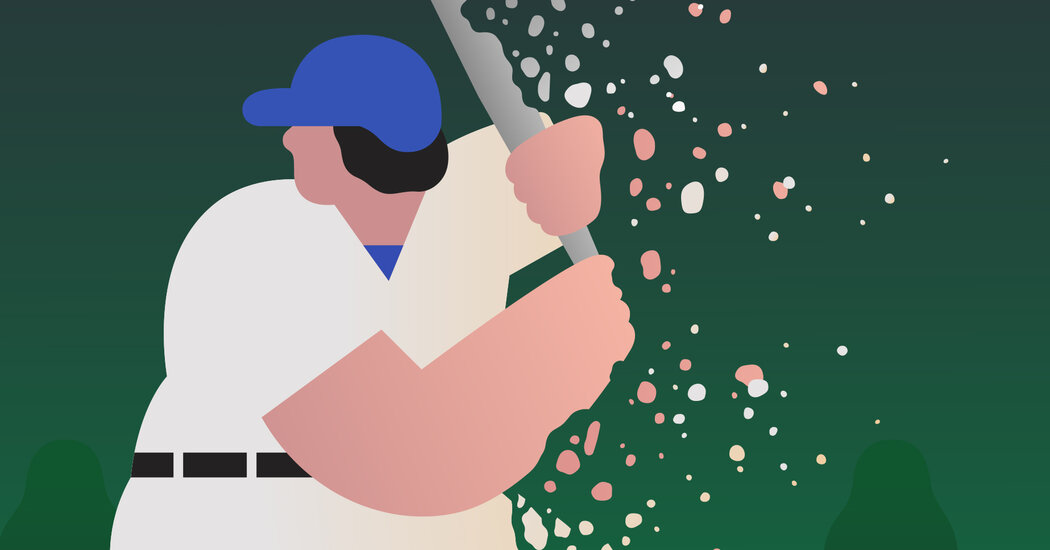 Lincoln Michel’s first novel, THE SCOUT CORPS (Orbite, 356 p., $ 27), mixes black, cyberpunk and sport into something both timeless and original. In the near and troubling future of New York City, where extreme climate change has made limbs cybernetic and genetic modifications – called “upgrades” – necessary and mundane, steep income inequalities and horrific medical debt are on the rise. more widespread. But the book doesn’t really talk about these things. First and foremost, it’s about baseball.

Kobo is a scout in a world where baseball teams are mostly owned by giant pharmaceutical companies. In addition to gamers, it recruits scientists, geneticists, and neurosurgeons who help shape gamers into concept demonstrations of their latest genetic therapies. Kobo’s foster brother JJ Zunz is the flagship puncher for the Monsanto Mets, who have placed their hopes in him for the pennant. But during the playoffs, Zunz steps up and dies a gruesome, baffling, and widely televised death. Kobo, devastated, thinks it is a murder and is recruited by the Mets to investigate. He makes his way through the hidden paths in the life of his famous brother, even as he is tracked down by medical loan sharks who try to take back parts of his body.

Kobo’s love and sorrow for his brother drives every page, and the true gravity of those feelings exists in affecting the contrast to the casual, corporatized dystopia he inhabits. Michel’s writing is gorgeous too, infusing current genre types with sophisticated life and illuminating vast swathes of history with the occasional world-building flick. “The Body Scout” is a crazy race, sad and funny, surreal and intelligent.

Ryka aoki THE LIGHT OF UNCOMMON STARS (Tor, 372 pp., $ 25.99) Also mixes genres, but in a haphazard way, with results ranging from surprisingly delicious to incomplete frustrating. In this love letter to music, food, and the San Gabriel Valley in California, Christian demons clash with aliens over the souls of a famous violin teacher and his talented student.

Shizuka Satomi trained six brilliant violinists to career peaks before returning their souls to hell in the fulfillment of his own hellish contract; she is looking for a seventh and final student to pay off her debt. Katrina Nguyen is a young transgender woman on the run from her abusive family, trying to make ends meet with a cheap violin and the occasional prostitution. Lan Tran is a mother, a spaceship captain, and the owner of a donut shop, protecting her family from alien refugees from the Galactic Empire by posing as human refugees. Their paths cross and get tangled up near a duck pond in El Molino Park: Shizuka and Lan start dating, and Katrina agrees to become Shizuka’s student.

There is a lot to enjoy here. Much recent science fiction and fantasy have modeled gender diversity in ambitious ways, building worlds where transgender and non-binary identities are accepted and expected. Rather, Aoki bases his novel on the real-world hardships transgender people endure. Katrina lives in poverty, dysphoria and suicidal ideation; she always braces for abuse and falls in relief when she meets cuteness instead. Her love of music is a lifeline that carries her through a vibrant Los Angeles of good sounds and rich scents, fusion foods and immigrant bloodlines contrasting with the elite and rarefied circles of international violin competitions.

That said, just as Katrina’s big heart and immense talent collides with the limits of her novice technique, so does the construction of this book. Frequent dizzying changes of point of view – sometimes every few sentences – make the writing seem like always pausing; there is such a cavalcade of characters and concerns that many of them get overlooked, with some storylines and dynamics feeling rushed while others feeling strained and repetitive. These tempo and technique issues are frustrating – but the book made me cry in spite of them, and bursts with love and ideas about food, music, legacy and transformation.

Cadwell Turnbull NO GODS, NO MONSTERS (Blackstone, 387 pp., $ 26.99) is a complex sequence of intimate and moving character portraits before and after an event called the Fracture, when a pack of werewolves deliberately reveal themselves to the public. As other so-called monsters emerge from the shadows, fronts emerge in a war between secret societies, witnessed by a mysterious narrator who glides from place to place and from life to life in his sleep. .

The depth and care with which Turnbull inhabits each character is fascinating; despite an extensive cast spread over a wide area, I never felt lost or confused. Her attention to location detail is thoughtful and clear: the story spans from Massachusetts to St. Thomas to Virginia with confident ease, carried by beautiful conversational prose that’s surprisingly punctuated with reminders of who’s telling the stories – and How? ‘Or’ What.

Finishing a book without knowing it’s the first of a trilogy is a bit like looking down after chasing the Roadrunner off a cliff. In retrospect, I can appreciate how well Turnbull grounded that sprawling first act; at the time, I was struggling helplessly. I hope I spared you this, and you can let yourself be immersed in this tender and fierce book like your hands in the keys of the piano, or your teeth in the flesh.