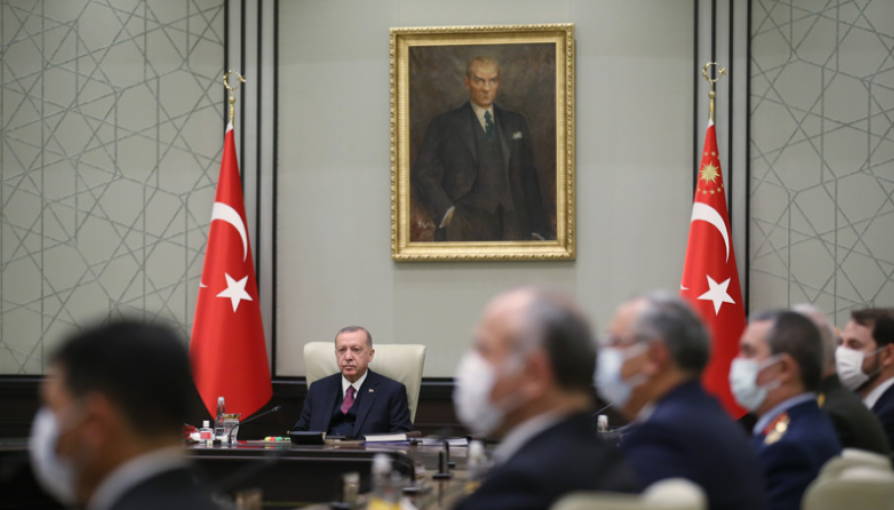 bne IntelliNews – Exiled editor warns of fear, loathing and wishful thinking in Turkey ahead of Erdogan’s fight for survival

Turkey has steadily descended into a dark abyss over the past three years and is now entering “a phase of fear, rage and loathing and, among the Turkish elite, a phase of wishful thinking”.

So writes Yavuz Baydar, Ahval’s self-exiled Turkish editor, while warning those who want to see Turkey’s two-decade President Recep Tayyip Erdogan’s back in the elections scheduled for next June that, whatever the polls tell them, they risk “underestimating the skills of a political animal”.

Baydar, who in 1999 became Turkey’s first information mediator and left the country after the failed coup against Erdogan in 2016, assesses what might be in store for Turks ahead of the elections, highlighting garde: “With elections seemingly set for late In the spring of next year (unless unexpected and extraordinary circumstances dictate instant polls), the country, whose bumpy adventures leave its neighbors – and distant allies – out of breath, shows all sorts of signs of a systemic crisis. It is destined to become unbearable at some point, inevitably leading to a domestic confrontation. Whether or not it was a peaceful confrontation is anybody’s guess. Nobody has the faintest idea of ​​what awaits Turkey in ten months and beyond.

“The main reason for this huge set of uncertainties is, above all, President Recep Tayyip Erdogan’s success in creating a country in his image. His mind has always been chaotic, labyrinthine. Extremely volatile and “slippery” in his actions, Erdogan has projected a sense of unpredictability throughout society and a mindset that feeds on it, and the deeper the crisis he may have caused, the more determined his will to survive appears.

Turkey, says Baydar, is marked by an absence of rule of law and the breakdown of checks and balances, “accompanied by the deinstitutionalization of the state and a massive transformation of the bureaucracy through the appointment of partisan cadres and unqualified. ”. This, he adds, has “inflated a tsunami of corruption and missteps – centrally and locally”.

Now governed by the strategic notions of “security and militarism,” Turkey is now arguably a combination of a “police state” and a “mafia state,” observes Baydar, saying of the nation’s authoritarian ruler: “Having been extremely stubborn (in his quasi ‘economic theories’), relentless (targeting opposition and dissidents), and surrounded by greedy business circles (from all walks of society, not just Islamists), lackey bureaucrats and the mob, Erdogan is fully aware of the stakes as the election approaches: the sheer scale of his abuse of power makes voting a deadly game of survival: he simply cannot afford to lose.

“On the other hand, as contradictory as it may seem, he has a vision for 2023. He is determined to crown his reign as the ultimate winner, as Turkey celebrates its centenary. to turn the pages written by the founder of the nation, Mustafa Kemal Ataturk: ​​If he wins the elections, it must be taken for granted that Turkey will have crossed a historic threshold, a point of no return.

“With its Western vocation completed, we will all see the emergence of a type of Central Asian Turkic republic, with more ingredients of political Islam than exist, but otherwise identical in structure: a dynasty taking form with an administration loyal to death, and a society paralyzed, driven by fear, pushed towards a uniform identity.

But, says Baydar, the opposition “seems either oblivious or indifferent.”

“The current political trend,” he adds, “is to adopt the conformist notion that ‘the economic crisis will hit such rock bottom that Erdogan and his men will fall on their own.’

So far, says Baydar, the six-party opposition alliance’s election preparations look like a “discussion club” which, despite months of “deliberations”, has not yet found a candidate to challenge Erdogan in the presidential elections. “Instead,” he adds, “their leaders are busy designing what they call an ’empowered parliamentary system,’ which appalled voters seem to have neither interest nor understanding about.”

As the clock ticks towards the fateful day, Erdogan has the state apparatus on his side – with justice and interior ministers “its men” – the Supreme Electoral Council, with its vote-counting algorithms and its supporters, “many of whom are men armed to the teeth, ready to act whenever the ‘boss’ says so,” Baydar writes.

“In this context, some hopefuls today claim that Turkish voters, through the ballot box, will set an example to the world that ‘it is possible to oust an autocrat’. This may turn out to be a case of wishful thinking. Hoping for democratic change is one thing, underestimating the skills of a political animal is another. Yes, Turkey is heading towards an extremely delicate period,” concludes Baydar.

The historical fiction novel has its roots in the legend of the murder of Gustavus | News, Sports, Jobs