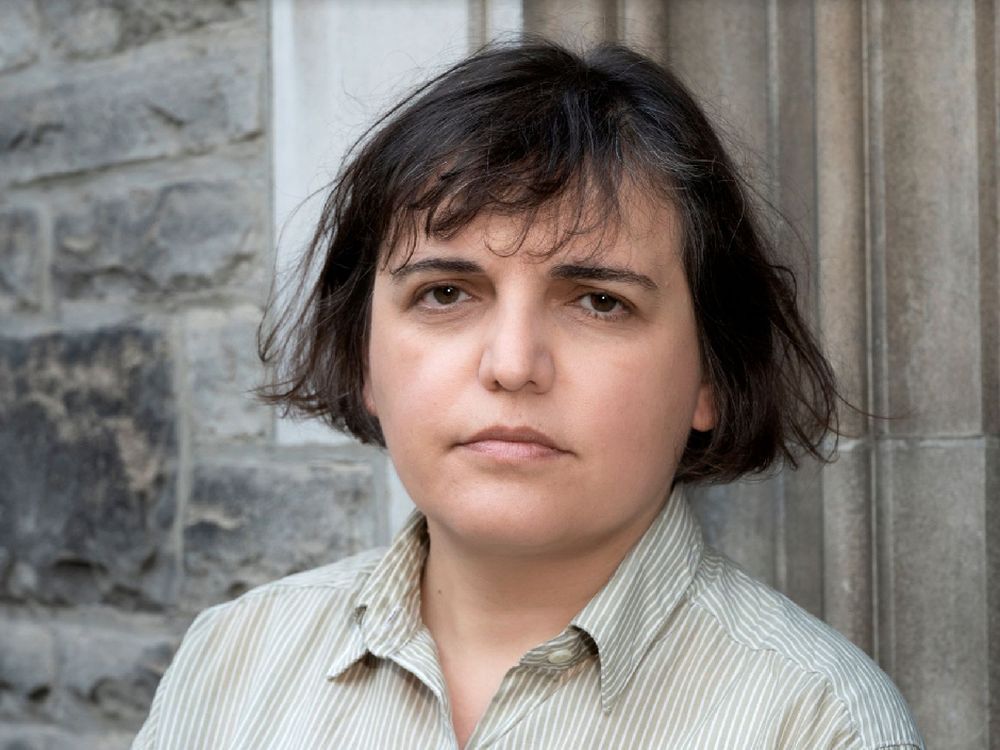 In the late 1990s, cultural writer Lydia Perovic emigrated from Montenegro to the open and optimistic country of Canada and threw herself into its vibrant artistic and cultural communities. She was happy with her decision until about five years ago, when she noticed that Canada was turning inward, losing its will to be a nation and a culture, and becoming increasingly illiberal. in his speeches and his imagination. This week she publishes Lost in Canada, an insightful and moving account of an immigrant woman’s reflections on her second home, and a call to all Canadians to think more about the future of their country and its culture.

Halfway through life’s journey, I found myself in a dark forest, for the clear path was lost.

Or, to give my own riff on Dante, after 20 years of uncomplicated life as an adopted Canadian, I find myself in a dark forest, for belonging is lost.

I used to have it: I’ve been saying “we” easily for nearly two decades. I moved here from the wars of the 1990s in the Western Balkans as a graduate student to escape the relentless history of home and in search of a working project of liberal democracy. Here, the land that does not quite gel, is decentralized to pieces and interrupted by huge empty spaces, none of which particularly bothers it. Where mutual differences are vast and we prefer not to over-analyze what they mean, just live pretending they don’t exist. The blandness: behind it lies an uneventful competence in governance, basically red conservative political instincts (i.e., easy-going, conformist, communal – at least until the neoliberal era, and personalities like Mike Harris and Paul Martin). Fair play as an agreed ideal. And very little history.

After the Balkans, that’s what I wanted. Explaining where I come from is almost impossible. Today it is called Montenegro. Before that, it was SFR Yugoslavia, Kingdom of Serbs, Croats and Slovenes, Kingdom and Principality of Montenegro, Austro-Hungarian Empire, Napoleonic France, Venice, Principality of Zeta, Ottoman Empire, the Byzantine Empire, further back the Roman Empire, and further still the Illyrians. . . But this exercise in ghost roots is tedious. A nation is not blood and soil; it is a moral conscience, “having done great things together and wanting to do them again”, wrote the French historian Ernest Renan. A “great solidarity” with the past and the future; a daily plebiscite.

Canada, with its avowed agnosticism about blood and belonging – an agnosticism that officially entered the front door with Pierre Elliott Trudeau but had many earlier traces – is of the Enlightenment, albeit by the anniversary of his confederation, he is rather Victorian. The person writing these lines also understood herself as a child of the Enlightenment, concerned to prove with her own life that we can abandon blind obedience to tradition and re-examine our lives and all that we have known, and be part of a new — even communal — society based on shared ideals and the conscious choice to belong. Now she’s not sure that’s how things work.

Something is happening with us. I begin to suspect that fewer and fewer of us believe in the “great solidarity” between ethnic groups, classes and eras.

My adopted country and my city become unrecognizable

My adopted country and my city become unrecognizable. Conversations in the public sphere are changing, as are those in media and culture. Public discourse must increasingly be preceded by the recitation of pronouns — this is even now required of lawyers before the courts of British Columbia and of their clients — and acknowledgments of land. What should those who do not share these religious and ideological beliefs do? Are we still already dropping camp before we even say anything? The internet is speaking American and we are increasingly doing so, basically importing the culture wars as they unfold in the United States, embracing diagnoses of American problems as universally relevant. There is this elaborate vocabulary of political protest all around us, why not use it? the thought goes. We apply to Canada the American framework of irreconcilable difference between “blacks” and “whites” and harden the division between settlers and natives. Where this paradigm is not available, the divide is “white” and “BIPOC,” a strange acronym that unifies all black, indigenous, and people of color, as if they all have something in common, as if they were not “white”. ‘ automatically groups them into the same category.

Over the past five years in particular, leaders of Canadian cultural institutions and media have bet everything on irreconcilable differences. There is no Canada for all, no political cause for all and no arts for all. There is no individual apart from ethnic determinism: there are bits of inter-regional and inter-ethnic resentment. What happens to class analysis under these circumstances? What becomes of the arts? Art critic ? The possibility of a “great solidarity”? Freedom of expression?

Free speech was once a left-liberal cause when The Body Politic magazine existed, Little Sister’s bookstore had its literature stopped at the Canada-US border, NDP MP Svend Robinson questioned the need to refer to a God in the Canadian Constitution, and further back at the time, when the United College of Manitoba fired Professor Harry Crowe for an expressed political opinion, the NDP opposed the Measures Act of war, Doris Anderson edited Chatelaine, and further still, when William Lyon Mackenzie published the Colonial Advocate. Freedom of expression is no longer a top value for the liberal left and center in Canada.

It’s not just that Canada has forgotten that it considers itself a liberal democracy. Illiberalism in the talkative classes is one thing. Sometimes liberalism leaves society open to illiberal developments by its own constitution. It avoids questions about a good and fulfilling life that is worth living and limits itself to offering one type of freedom – the absence of interference – and does not give enough space for positive freedom, reinforcement capabilities and real options for its citizens. I live in a city and a country, where motorists and owners decide what life in town and in the country will be like for everyone. Where only those who belong to the upper middle class (and above) can embark on a career in the arts, literature or journalism. Where only citizens with this kind of solvency can count on constant access to psychotherapy.

Toronto 2022 is a hybrid of Dubai (endless luxury condominium towers) and Vancouver (extreme housing costs). It is also a place where people are forced to work and hustle more than ever, who have stopped reading books, are glued to the screen and feel increasingly alone. If a certain liberal and democratic courage is needed for liberal democracy to be fulfilled and prolonged in the future, do we have enough of it? Can this political ideal survive without the kind of citizens who can be counted on to have some degree of independence of mind, curiosity, capacity for deep concentration, and freedom from fear and scarcity?

There’s a vintage shop in east Toronto that I used to frequent called Gadabout. It sells everything antique, but I opted for the drawers upon drawers overflowing with postcards and black and white family photos. (I assume both are replenished whenever an elderly Toronto resident dies and the offspring or a stranger cleans the apartment and removes the belongings.) The old postcards I brought home and sorted by decade. They could start with the beginning of the 20th century and end with the 60s; the changes in style and performance topics from decade to decade are easy to spot. I also have some old family photos of someone, and I had a private art project where I mixed them with my own family photos from the same era, or put them on the wall as a group. On a wall of my old apartment in the Junction neighborhood of Toronto, I hung the handwritten land purchase contract from 1900 for the town of Ulcinj, principality of Montenegro, next to a photo of an unknown Toronto family of nine arranged on the porch of a brick house, dressed in their finest Edwardian style. Same time, different geographies.

For some time now, the project has evolved from card game and wall decoration to real life. Thinking about belonging has shifted from the head to the whole body: aging, infertility, the possibility of a non-biological family and friendship between women, unused time with parents, which can never be recovered. What could a nation still mean and is it a form of solidarity that we should keep alive in our lives? With this book, I say emphatically yes, even though my younger self would be surprised by my answer. In the middle of my life, I find myself a stranger to my old country, while my new country of 20 years of simple belonging suddenly also seems strange and impermeable. When you’re nowhere, when you don’t know where you are, that’s where thinking begins, that’s where writing begins, said psychoanalyst Julia Kristeva (of her stable, accomplished life , married, bourgeois in France). While I believed that, I’m not so sure anymore.

Excerpt from Lost in Canada: An Immigrant’s Second Thoughts, published this week by Sutherland House and available in bookstores worldwide.