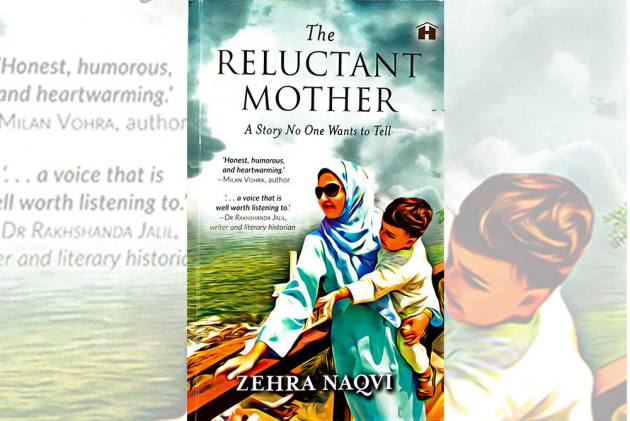 Book review | The reluctant mother: a story no one wants to tell

A much revered and almost deified motherhood, germinated by religious injunctions, social practices, cultural prescriptions and ethnic sensibilities, goes far beyond its well-defined boundaries, being a place where all love begins and ends. Motherhood symbolizes self-effacement and denial.

The status of the exalted emotional and domestic hub of the family pleasantly prompts a mother to surrender her existence to her offspring. These popular assumptions offer a deceptively naÃ¯ve simplistic take on a much more complex and intriguing relationship between a mother and child than we realize.

The idolized portrayal of motherhood has a long tradition in literature, but it was not reflected in some highly acclaimed literary texts such as Hamlet, Madame Bovary and Lolita. Queen Gertrude, Emma Bovary and Charlotte Haze present a disgusting image of a mother who poses a constant psychotic and physical threat to children.

Mothers, refusing to stick to the servile roles stipulated by society, ignite the imagination of nonconformist authors. These kinds of mothers continue to subvert the dominant world narrative that pokes fun at normativity and moral policing.

Here is Christina Crawford’s memoir, “Mommie Dearest” (1978), which tears up everything traditionally associated with motherhood. Her mother, Joan Crawford, comes across as the grandmother of all socially ambitious, figure-conscious women who find pregnancy, childbirth, and upbringing too infuriating.

Indian cultural ethics worship motherhood, and hardly any author treats it with disdain as it equates to “motherhood.” A promising author, Zehra Naqvi, explains in nuanced fashion how complex, multi-layered processes with her intense emotional pressure leave mothers completely burned out in her book, “The Reluctant Mother: A Story No One Wants to Tell” (Hayhouse, 2021). Far from a memory of misery, the book written in the form of a diary tells a tantalizing and equally distressing story of pregnancy, birth and motherhood.

Contrary to popular perception, her reluctance is not confined to the early days of motherhood, but appears to be a festering emotional wound that refuses to heal. Not too dramatized but reasonably launched entries from the diary spanning four years offer a shifting glimpse into poignant and fascinating mothering experiences.

Zehra’s observations, wrapped in clear prose, are funny and bittersweet. She seeks to shake up the dominant notion which hardly recognizes a mother more than the dispenser of the child. The author who has joined the company of prominent English Muslim writers such as Rakshanda Jaleel, Rana Safavi, Ainee Zaidi, Nazia Erum, Sami Rafique, Ghazala Wahab, Reema Ahmad, Tarana Khan, Huma Khalil, Saba Bashir and others, artfully refutes that the mother’s sole function is to reproduce.

Writing a diary is very much like fiction because it has intense creative impulses. It is a less formal and intimate way of forming a warm and immediate rapport with the reader. Zehra’s intriguing, placid, and heartbreaking entries open up a gripping debate about the nature of the life of desire, individual space, possessiveness, and the social sense of sacrifice.

At the start of motherhood, the author hardly feels elated; on the contrary, it produces annoyance and irritation instead of euphoria. The moment of ecstasy leaves her completely dejected:

â€œI’ve always seen in the movies that women burst into tears of joy and men swing their wives into their arms thinking they have a new life to come. I burst into tears. But these are tears of shock. , terror, dismay.

And these are the tears of anger that I pour out on the man I love most in the world. Anger to have swept away my dreams, to have destroyed my carefully magical universe. “. p13.

For her, marriage is not intended for procreation or for the enlargement of the family. It’s an intense camaraderie through which the two can explore the unrealized potential of their lives. The child adds an extra presence to the intimate company. It seems selfish, but it affirms Jean-Paul Sartre who defines hell as the presence of the other.

The author, after an initial reluctance, prepares to take care, but this cannot be taken for love. She’s right here, but love doesn’t happen in a vacuum and compassion is where it was born.

Divergent entries written in nuanced fashion make it clear that Zehra strives to play different but equally important roles with the same sense of dedication and impeccability. Giving up a role is an affront to femininity as her epilogue says: “I’m not a mother first and foremost. I’m a mother with all that I am. It’s an integral part of me. And I shouldn’t be. have to do it. denounce all other parties to recognize this one. “

It’s a refreshing and insightful read that sets out new contours of motherhood in graphic prose with occasional neglect. Zehra deserves praise for not regurgitating the traditional aspects of motherhood.

2021 in the books: “Everything seems magnified” | Chicago News