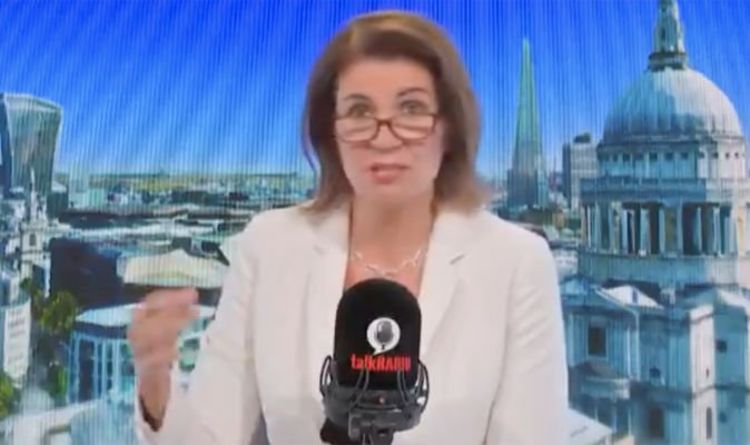 Julia Hartley-Brewer said Paul Embery’s victory was a victory for the country. Mr Embery was unfairly fired from his union job after speaking at a pro-Brexit rally in Westminster, an employment court found. Norwich Labor Court ruled that the firefighter’s dismissal amounted to a witch hunt by the Fire Brigades Union (FBU).

Ms Hartley-Brewer said Mr Embery was fired for saying he wanted a Democratic vote to be upheld and not undermined by MPs.

Mr Embery was dismissed as an FBU official after speaking at a Leave Means Leave rally at the height of the Brexit crisis.

In March 2019, the left-wing activist gave a speech in Westminster in which he called for the 2016 referendum result to be honored, even if it meant leaving the EU without a deal.

The FBU argued that the Brexiteer had made a serious mistake in getting involved in the rally.

Ms Hartley-Brewer told talkRADIO licensees: “This is a massive victory for free speech.

“If you can’t say, in their day, that you want the democratic vote to be supported and not undermined by MPs, then something is going horribly wrong.

“He delivered what many at the top of the FBU considered politically unacceptable speech. If you think the culture of cancellation doesn’t exist, think again.

In a written judgment, labor judge Robin Postle said, “Where is the serious fault?

“How could an impartial member come to a reasonable belief on the facts that the applicant had committed some form of misconduct?” “

He added that it seemed “from the start that there was a program” to do away with Brexiteer and that it “looked like nothing more than a witch hunt”.

An FBU spokesperson said: “We are disappointed with the findings and we do not agree with the decision.

“However, we have only recently received it and we are still studying the matter. We are evaluating our options for the next steps.”

Meditate with Urmila: Guiding Your Senses