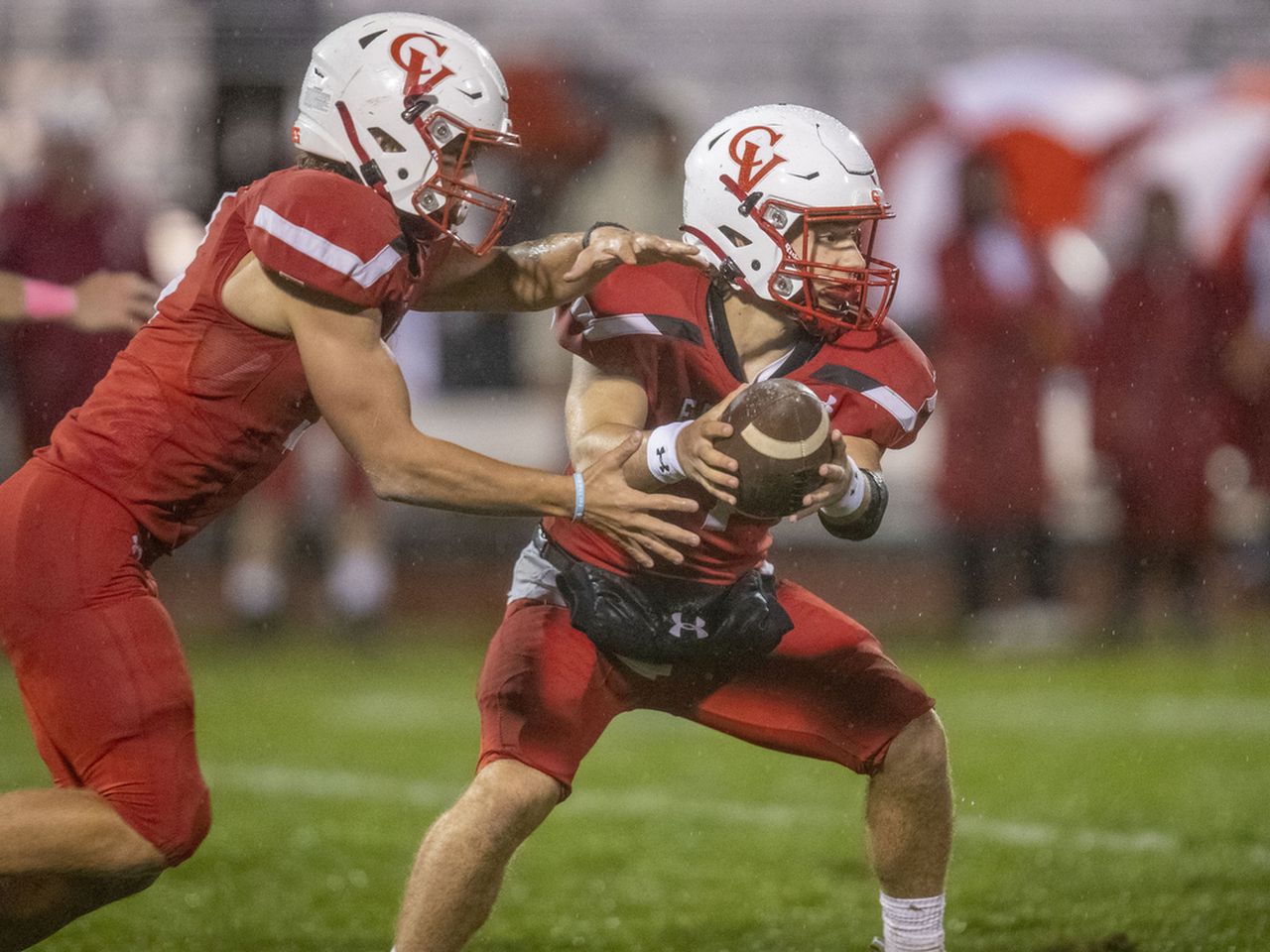 Cumberland Valley passes Central Dauphin 24-17 on the back of Sines, Hunter

For his last game on his current turf, Chapman Field trained.

In the heavy rains and winds of Friday night, Cumberland Valley (5-5, 4-3) was able to send the surface of his field which will soon be replaced by a thriller, while the Eagles used a punitive and versatile ground. attack to thwart Central Dauphin (5-3, 4-2) 24-17 in their regular season finale.

Of course, in the stormy conditions that existed, nothing was happening in the air; no pass was completed by either team beyond a two-point conversion for Cumberland Valley.

Quarterback Isaac Sines and running back JD Hunter paved the way for the Eagles. Sines opened the scoring with a 55-yard touchdown run in the first and ended the night with 20 carries for 104 yards as well as a field goal and a few punches.

Hunter was also tall, as the junior half-back carried the ball 26 times for 148 yards and two scores. Coach Josh Oswalt also credited his offensive line for his stellar play, noting that the unit had injuries and filling subclasses and always set the stage for a big night of rush.

Central Dauphin also had a pair of 100-yard rushers as quarterback Max Mosey ran for 107 and two touchdowns in 15 carries, while Tyrell English carried the ball 17 times for 114 yards.

The dynamics seem to have changed completely at the start of the third quarter.

With Cumberland Valley ahead of 17-14, the Eagles have lined up to dig deep into their own turf. But the punt was blocked by the Rams and Kyle McCullough recovered it at Eagle 5.

But thanks in part to a wandering snap, Cumberland Valley held Central Dauphin to a field goal from Ahren Stauffer.

The Eagles charged the Rams to settle in, as a few plays later Hunter burst into the middle of the line for a 43-yard touchdown run to put the Eagles ahead 24-17.

Central Dauphin would have one last practice to tie the game, even converting a fourth and five. But with 46 seconds remaining after a call waiting on what would have been a big win a few games before, Cumberland Valley tackled Mosey just inches off the fourth and sixth, holding the Rams and securing the victory.

“Itâ€™s so much fun. It’s cold, but we pushed. We had a great week of training. Everyone played well. These boys [linebacker Max Wilken and lineman Luka Bevilacqua] intensified. It was a fun time.– Cumberland Valley quarterback Isaac Sines on playing in the conditions

â€œWe prepared a few rides that we came in to use in the second half and put on later in the week, when we knew the forecast was going to be a bit sloppy. We felt we got along well with [Central Dauphin] whether the weather was good, bad or indifferent. I’m just proud of our guys. It’s been a hell of a season. The growth we have had with this team is incredible. Great, great leaders in this team. They just want to win.

Yards through the pass 0, 0

Fiction: “The Making of Incarnation” by Tom McCarthy