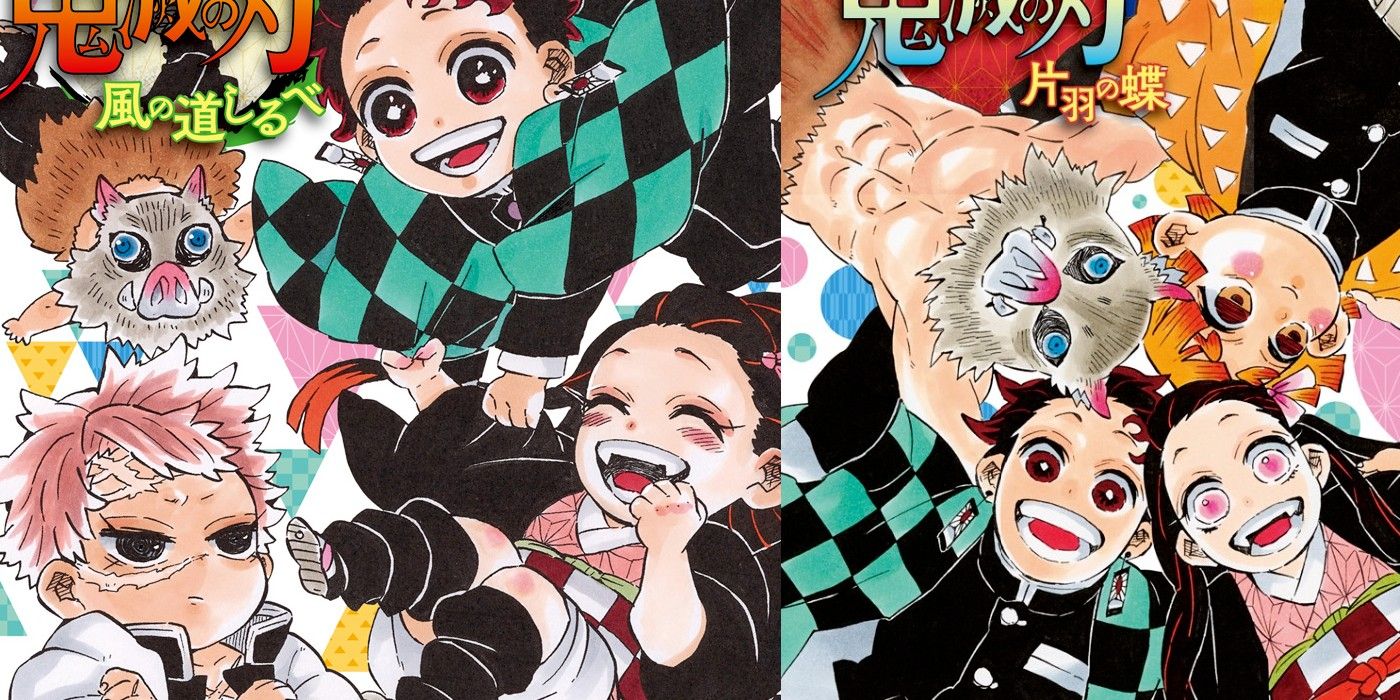 The Demon Slayer light novel trilogy written by Aya Yajima and illustrated by Koyoharu Gotouge will soon be making its way to western shelves.

VIZ Media has announced the English localization of a trilogy of light novels based on the hit shonen manga, demon slayer.

The three books are titled The flower of happiness, One-winged butterfly and signs of the wind, with each novel being named after the first chapter of each book. The trilogy includes several short stories that take place throughout the events of the main demon slayer narrative, with some chapters set in the comic world of the Kimetsu Academy spin-off series. All three works were written by author Aya Yajima, while series creator Koyoharu Gotouge provided the books‘ covers and accompanying artwork.

Announcement: Complete your Demon Slayer: Kimetsu no Yaiba experience with three exciting new novels: The Flower of Happiness, One-Winged Butterfly, and Signs from the Wind. Starts releasing in fall 2022. pic.twitter.com/kqwj5MPFEp

The books are placed at various times of demon slayer timeline, with each self-contained chapter featuring a different tone and focusing on a different character. Some chapters contain humorous peaks in the cast’s lives, such as when Demon Slayer Corps leader Kagaya Ubuyashiki tasks the other Hashiras to make the stoic Giyu smile, while other chapters contain heavier themes, such as a story detailing the encounter between the Wind Hashira. Sanemi Shinazuguwa and his former partner, Masachika.

The announcement of the English localization of demon slayerThe light novel trilogy arrives as the anime adaptation wraps up its second season. The season’s “Entertainment District” arc covered Tanjiro and his allies’ investigation of a demon-infested red-light district, as well as the swordsmen’s eventual confrontation with upper-rank Six siblings Daki and Gyutaro. The season finale also featured the animated debut of future antagonist Doma, who was revealed to be the infamous villain who turned Daki and Gyutaro into demons.

Following the conclusion of demon slayerIn the second season of, animation studio Ufotable announced that a third season is in production and will cover the “Swordsmith Village” arc, which focuses on Tanjiro’s journey to the titular Swordsmith Village in search of a new weapon. Two key visuals have been released to commemorate the announcement, featuring Mist Hashira Muichiro Tokito and Love Hashira Mitsuri Kanroji, both of whom will play major roles in the upcoming arc. A premiere date for the season has yet to be announced.

demon slayerThe light novels will be released in fall 2022, while both seasons of the anime adaptation are now available to stream on Netflix, Hulu, and Crunchyroll.

Lance is an avid gamer who’s been behind a controller since he could walk. From the original PS1 to the modern PC, it has accompanied the scene through its ups and downs. His current favorite game is Sekiro: Shadows Die Twice. He also has a fondness for anime and manga.