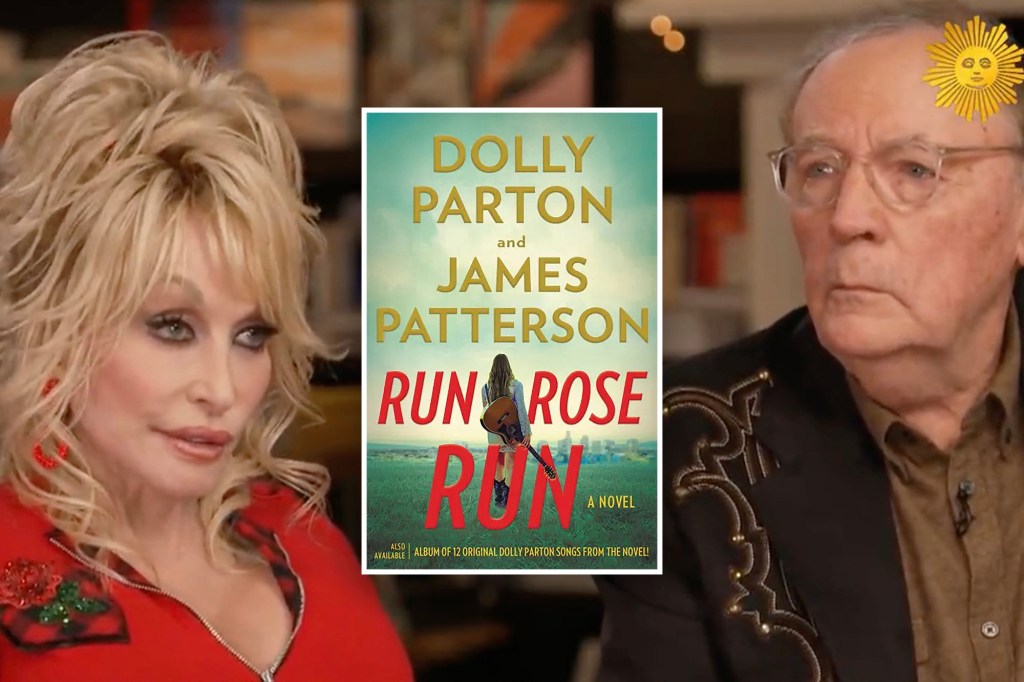 Dolly Parton’s next novel will take a “dark” autobiographical turn.

The country singer/actress/businesswoman – who teamed up with best-selling ‘Alex Cross’ writer James Patterson, 74, for their thriller, ‘Run, Rose, Run’ – recently teased that he it was a careful look at the shadows of the music industry.

“It shows a lot of the darker side of it – the people who were in it, like me, you know because you’ve been through it,” Parton, 76, told “CBS Sunday Morning” reporter Lee Cowan for a story airing this weekend.

The novel tells the story of a Rose, a young country singer/songwriter from Nashville who realizes that fame and fortune aren’t all they’re made out to be. She also exploits a deep secret that could destroy her career.

“Have you been through a lot of that? Are some of them in the book? Cowan asked the CEO of Dollywood Company about their new mystery thriller, which will be released on March 7.

The official book description dramatically states that Nashville is the city “where she came to claim her destiny. It’s also where the darkness she fled might find her. And destroy it.

Parton hinted that she would like to participate in a potential film adaptation of the tome, the subject of which was originally pitched by Patterson to Parson in 2019.

“I hope to be able to play this character when we make a movie of the book, which we hope to do, at some point,” she said.

The Country Music Hall of Famer will also release a new album of original songs based on the novel.