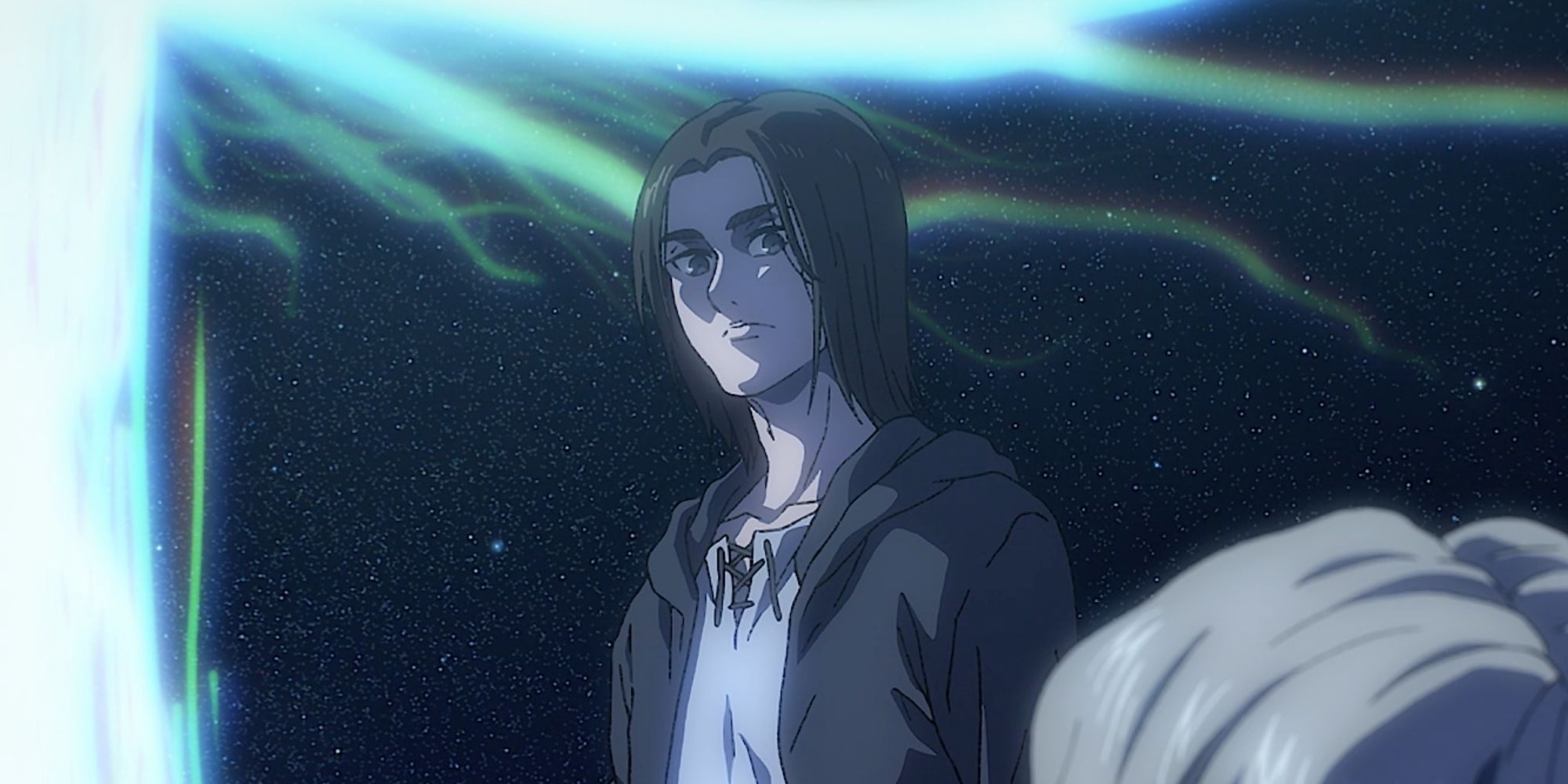 Eren hinted at his true loyalty before revealing it to Zeke

There’s a moment in the latest episode of Attack on Titan that hints at Eren’s true motives before he fully reveals he doesn’t side with Zeke.

The attack of the Titans is known for being incredibly shocking and having one of the most complex stories and characters in fiction. There’s no denying that the final season takes all the insane aspects of the show to a whole new level. This includes the series’ main protagonist, Eren Yeager. Eren’s actions and motives have been the hottest talking points among fans throughout this season.

Viewers were shocked and confused after Eren told Mikasa he hated her and then beat Armin in Episode 14 of The Final Season. Fans of the show and characters in the story had their theories as to why Eren would hurt the two people he is known to care about the most. Some thought he became a villain by siding with Zeke, while others refused to believe him and instead predicted he was playing a part. The latest episode finally provided some clarity as Eren makes it clear that he was never on Zeke’s side, to begin with.

Eren told Zeke that he disagreed with his euthanasia plan and was using it to access the Founding Titan’s power while the two were in the Paths. They barely managed to have successful physical contact after Gabi blew Eren’s head off. However, there is an interesting moment before all of this happens where Eren’s true colors are subtly revealed. He is clearly upset when Zeke says it’s time to summon the Titans. Just as he is about to scream and turn everyone who drank his spinal fluid into Titans, Eren reaches out and urges him to wait. This caused Zeke and Reiner to stop.

This moment hinted at Eren’s true allegiance in a fascinating way as it indicated that Eren never intended for Zeke to turn those who drank his spinal fluid into Titans. He seemed indifferent to this possibility when he discussed it with Pieck in episode 16 of this season and it’s because he never intended to let it happen. It’s clear now that he was hoping to betray Zeke and activate the Founding Titan’s power before his brother had a reason to use the Scream. Unfortunately, Marley launched a surprise attack that put them in a position where Zeke felt the need to scream after all.

RELATED: Demon Slayer Made Demons Even More Like The Titan Shifters

Eren going along with Zeke’s euthanasia plan and agreeing to turn countless Eldians into mindless Titans never made sense for his character. Eren despised how Marley had been turning Eldians into mindless Titans against their will for centuries and using them as a way to keep the people of Paradis caged on this island. He became sympathetic towards the Pure Titans at the end of Season 3 after learning the truth about their origin. He was no longer determined to kill them all.

Eren’s ultimate goal has always been freedom for his people, no matter how hard they have to fight to achieve it. The idea that he would want to euthanize every Eldian or agree to turn them into mindless Titans goes against everything he stands for. Eren told Zeke that there was no greater salvation than to be born into this world, to convince him that he was okay with his plan. This contradicts one of his most iconic lines, “because I was born into this world”. He said this as a child when asked why he wanted to venture out into the outside world, and he repeats it when Zeke asked him why he wouldn’t euthanize all Eldians. This underscores his belief that Eldians deserve the right to live freely in the world in which they were born.

KEEP READING: Attack on Titan’s Opening Teases the Return of a Major Antagonist

Kashief is an Anime & Manga Features writer for CBR. His writing skills come from enrolling in several advanced English/writing courses in college. As someone who grew up watching cartoons, he is genuinely passionate about the subject. It follows several different anime each season and at least 25 different manga, most of which release chapters weekly throughout the year. Plus, he’s constantly looking to discover and get into new anime and manga that he can binge-watch/read.

“Just Die” takes the Top 500 spot on Amazon Crimes and

These heroes demolish the cliché of the conformist 50s