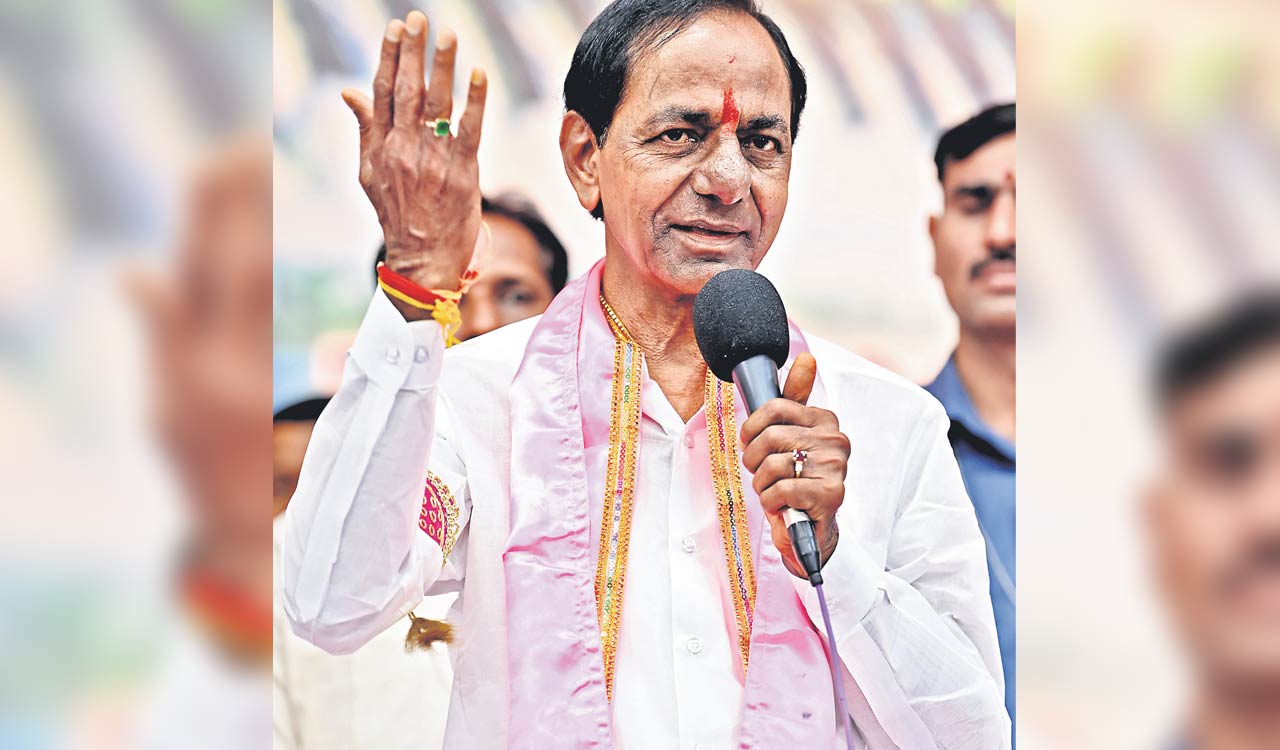 How KCR can save India

A nation is an idea. It exists as long as the idea is believed, cherished and protected by the many residents of this nation. The idea of ​​modern India was thought out and deliberately created, forged, and then protected over the past 75 years against all odds. Many experts at the time predicted that it would soon disintegrate. Winston Churchill predicted that India after independence would fall back into the Middle Ages, calling India not a country but “merely a geographical expression”. He said, “It’s no more a country than the equator.”

It is a miracle that such a diversity of religions, regions, languages ​​and ethnicities could come together to believe in this idea of ​​India, preserve it and cling to it. On reflection, this was probably not a miracle, but the product of the hard work of our founding fathers and the original group of political leaders, who worked to prove the experts wrong.

While Pakistan defined itself solely on the basis of religion and continued to hold power in the hands of feudal lords, India defined itself quite differently and set itself up as the home of all religions – Hindus, Muslims, Sikhs, Christians, Buddhists, Jains, Parsis, four of these religions originating in this country, became a welfare state, breaking the feudal system through land reforms, creating equal laws for women and preferential treatment of lower castes . These are essential attributes of what makes India a multicultural and pluralistic society, where no identity can impose itself on others.

India’s diversity has become its inherent strength. Holding diversity together taught us our essential mantra, ‘Live and let live’, which led us to a set of policy compromises that became essential to making India a ‘home for all’ while fighting against all efforts to enforce compliance. For example, when Hindi was forced on everyone, English became the official language to hold India together. India is indeed the greatest idea in modern political history, and we have made it a reality. And yet, today, all that is changing.

In fact, India now stands on a dangerous precipice. A poison that has been trying to creep in for over a hundred years now, in the form of a collection of exclusivist, majority, conformist and fascist ideologies called Hindutva, has now taken hold, and the idea of ​​India itself being challenged and modified.

Founded on the imaginary fear that “Hindu Khatre Mein Hain” while posing Muslims, Christians and Communists (read Urban Naxals) as internal enemies, Hindutva challenges the very idea of ​​India, corrodes its foundations and is about to destroy the carefully constructed edifice. The great experiment called India that proved all the outside critics wrong could succumb to the poison that comes from within.

If we are to save India, we must restore the idea called India. It’s time to go back to our basics, to what we originally envisioned for India, and bring back the real essence. What India needs is leaders again like our founding fathers.

From 2001, K Chandrashekhar Rao led his Telangana movement for 14 years in a peaceful and non-violent manner just like Gandhi. It was a grassroots movement that included all political affiliations, carefully shaping the identity of the new state of Telangana. After the formation of the state, he embraced all peoples, even the former ideological adversaries in the fold, calling everyone a Telangana Bidda (son/daughter of the soil), regardless of region of origin, religion or race. language. With Kalyana Lakshmi for Hindu brides and Shaadi Mubarak for Muslim brides, he ensures that no religion is alienated.

He went on to build some of the world’s greatest social engineering institutions. Putting on the helmet of an engineer, he turned an unlikely idea into reality with the Kaleshwaram project, rejuvenated thousands of lakes through Mission Kakatiya and brought tap water to 100% of homes through Mission Bhagiratha, the kind of engineering and institution building that we saw during the time of Nehru.

Telangana’s GDP has grown over 2.28 times over the past 8 years, its per capita income has more than doubled, its agricultural output has increased over 5 times to become the second largest contributor of paddy to the CFI. With Rythu Bandhu for farmers, and Dalit Bandhu for Dalits, pensions for the elderly, his social engineering tools have brought much needed socio-economic transformation like never before, tools as effective as those designed by Ambedkar for this country. .

Chandrashekhar Rao stands out as Ambedkar, Patel, Nehru and Gandhi all rolled into one, personification of the poison antidote of Hindutva to bring back the ideals that created this nation. What India needs is someone to revisit India’s original designs, rearrange the foundations and rebuild the crumbling blocks like how KCR built the Kaleshwaram project against the odds.

Churchill was seen as a strong man, a mighty man, a man of stature and size, and yet it was a puny man, a “half-naked fakir”, walking with a stick, who proved Churchill wrong. . India did not disintegrate as Churchill thought, nor was it lost in “political wrangling”.

Like how Gandhi trumped Churchill to prove him wrong, Chandrashekhar Rao stands like the David against the 56 inch chested Goliath, to bring back the very essence of India, restore its fundamentals, take away diversity with it without imposing conformity, and making India once again become a truly pluralistic, multicultural and welfare society, a ‘home for all’, where ‘live and let live’ is once again the central mantra.

Uganda: Bobi Wine – The promotion of Muhoozi, a step towards his “coronation” as president