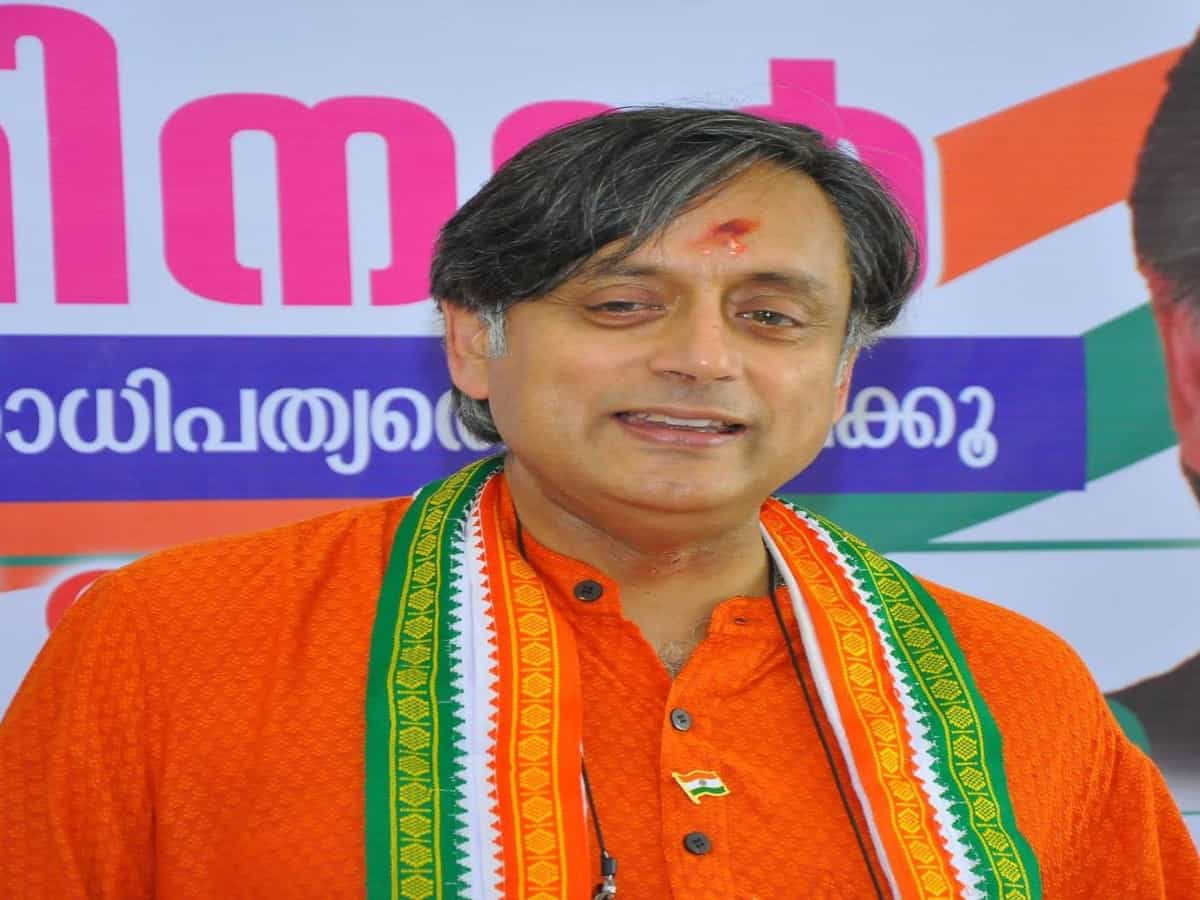 In the early 90s, I received The Great Indian Novel. It was Shashi Tharoor’s first novel published in 1989, from the iconic Khuda Bakhsh Library in Patna. With a limited vocabulary but an unlimited desire to learn the Firangi language, I started to read it. I have no qualms about admitting that I often had to consult a dictionary to understand the meaning of these many words that were unknown to me.

Nonetheless, Tharoor’s lucid prose brought me closer to him. The coinage, the learned turn of sentences, the style for telling stories. They made me lose my footing. I fell in love with his English writing. I am one of his countless admirers who devour his words but only know him through his writing. I heard it once at a literature festival, tried to ask a question but never got the chance.

I started following him shortly after reading his first novel, trying to read almost everything he had written that I could get my hands on. His novels, non-fiction books, reviews, lectures which have been published in periodicals and dailies.

After graduating from St. Stephen’s College in Delhi, he went to the United States for graduate studies. After his long stint at the United Nations where he reached a rung below the top, he returned to India and joined politics.

He also started writing a column for YOU. It was pure joy to read his chronicles. It was around the same time that I learned, probably through one of Jug Suraiya’s plays, that Tharoor had started writing when he was very young and that he would write for Junior Statesman ( JS), The Statesman’s stable magazine for young people. Suraiya then edited it.

Now, author-editor David Davidar, as an introduction to Tharoor’s new book, possibly his 21st, Pride, Prejudice & Punditry (ALEPH) tells us that Tharoor “has published his first short story, at the behest of his father, at the age of ten â€. It was his father who instilled in him the love of words. Davidar rightly observes that the first influences will never abandon him. In time, Tharoor will grow into a blacksmith who, according to Davidar’s estimate, “has probably published about five million words in the last fifty years or so.” My God, how could a man with such a grueling schedule of diplomacy and politics write so prolifically?

Many wonder what makes great writers great. It is reading that leads them to writing. Beautifully and elegantly.

Hundreds of young boys and girls enter journalism in India every year. Most of them start as reporters and retire as reporters. A few of them excel at writing and move up the ranks to become famous journalists and writers. Who are they? They are the ones who sell their hearts to reading. A journalist in an editorial management position once told me that he hardly read anything other than his own stories in the newspaper he worked for. Don’t expect him to be remembered as a great writer. If you don’t read voraciously, you’re unlikely to write lucidly. It’s that simple.

I once read a saying: if you want to be remembered, write a book. Tharoor realized this very early on.

The comparisons are odious, and a boy raised in the city with well-to-do, well-educated parents providing him with an anchor cannot be compared to someone who grew up in a rural environment with limited material and intellectual resources to bank on. Yet Tharoor’s fascinating journey as a writer is exemplary. How did this journey start?

â€œMy journey as a writer began with reading. Growing up in urban India in the late 1950s and 1960s, my generation was probably the last to be able to read without the threat of other distractions. Television didn’t exist in the Bombay of my childhood, and Nintendo or PlayStation weren’t even a glint in an inventor’s eye; cell phones and personal computers have remained in the realm of fantasy. If your siblings were, as in my case, four and six years younger (and worse, from the point of view of a young boy, a woman), there was only one thing to do when you weren’t. could not play with your friends. Read. I read copiously, quickly and indiscriminately.

Now we have a good idea of â€‹â€‹how he became such a good writer.
In his article, Davidar refers to the book by English writer and critic Cyrill Connolly, Enemies of Promise, where the author says that the three venoms that kill a promising literary novelist are early success, journalism and politics. Tharoor published his critically acclaimed first novel, The Great Indian Novel, at the age of 33. The famous writer and critic Khushwant Singh called it “perhaps the best work of fiction written by an Indian”. Tharoor started out as a journalist and went on to become a diplomat and politician. So what made Tharoor defy critic Connolly’s prognosis? Why is he writing? And, above all, why despite so much demand on his time, for a quarter of a century as an international civil servant, then as a politician, did he find and still find the time to write?

â€œI think George Bernard Shaw expressed it better: I write for the same reason that a cow gives milk. It’s in me, it’s got to come out, and I would be really hurt if I didn’t. Writing is an essential part of who I am; it’s something I feel compelled to do, no matter what the other person asks of my time. So, despite very demanding jobs, I wrote when I could: evenings and weekends, on planes and trains, on slips of paper placed against the steering wheel of my car while my wife was shopping. weekly. Samuel Johnson’s crack about how a morning hanging focused the mind applied to me: having to return to work in the morning meant I was writing in the evening with a will.

While Pride, Prejudice and Punditry is a collection of the best of Tharoor’s fiction, non-fiction, and poetry along with a few pieces written for this volume, I settle in to read it. Because nothing pleases me more than reading immensely readable prose.
And don’t tell your wife it’s priced at Rs 999.

Mohammed Wajihuddin, senior journalist, is associate at Times of India, Mumbai. This piece was taken from his blog

Changing the conformist culture of hockey, one team at a time