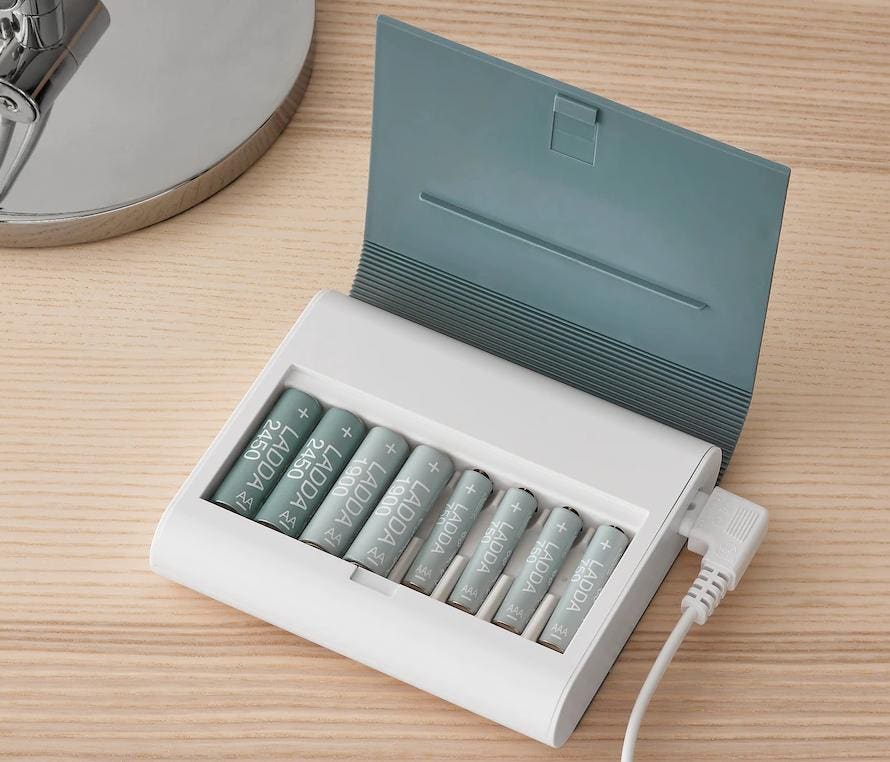 Rechargeable batteries are much better for the environment than disposable batteries, but they don’t do much for decorating your home. However, Swedish furniture company Ikea has found a new way (ahem) to disguise a battery charger as a book.

the Tjugo battery charger holds up to 8 AA or AAA batteries. Outwardly, it looks like it could easily blend in with your bookcase, with its gray-green cover. The interior of the “book” is hollowed out for the charger electronics.

The effect is, of course, a little more difficult to achieve when it comes to charging the batteries, as it requires a cable to come out of the bottom of the book, but when it doesn’t suck juice from the mains, it keeps the batteries neatly disguised.

However, it is by no means the cheapest charger on the market. The Tjugo charger itself costs $ 25, while a four Ladda battery pack to go for it costs an additional $ 10. You’ll find equivalent chargers on Amazon for half that price, even if they don’t have that James Bondesque design.

The library battery charger isn’t the only home electronic device that Ikea has tried to disguise recently. The company has teamed up with audio company Sonos to install speakers in products such as table lamps and photo frames, as well as a bookshelf speaker that might just sit next to the battery charger.

Ghost World at 20: the comic book movie that refused to comply | Movies

Unemployed man resents his parents for having “spoiled” him after a gift of $ 100,000