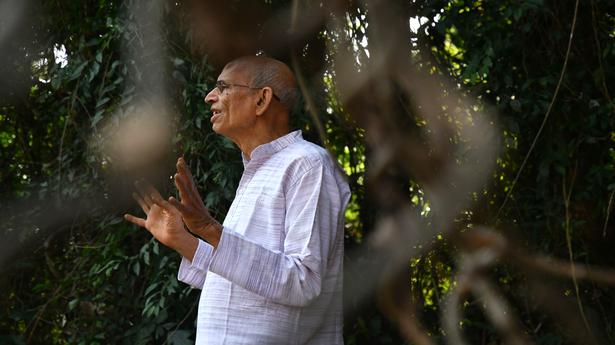 In conversation with Madhav Gadgil

Award-winning ecologist Madhav Gadgil has done extensive research on participatory biodiversity monitoring. His work led to the recognition of ‘peoples’ biodiversity registers’ under the Biological Diversity Act (2002). Thus, for the first time, the communities’ traditional knowledge of their natural resources was recognised. He now lives in Pune and continues to take the pulse of conservation issues in the country and remains a passionate advocate for people-centered conservation.

In a lifetime of writing on the environment, you produced very detailed policy documents that found their way into India’s environmental laws. So what do you think of the state of the environment in India today?

The state of the environment is gradually deteriorating. Let me give you just one example: the large Koyna hydroelectric project in Maharashtra. It was implemented in such a way that there was unnecessary and large-scale destruction of forests. Many people were never properly compensated when their lands were flooded. That was in 1956. In 2022, there has still been no adequate rehabilitation of these refugees.

In a recent interview, you said it was time to review wildlife laws. You also said that “if conservation has caused an unusual increase in the population of wild boars, tigers or elephants, people should be allowed to shoot if they are attacked or their crops are destroyed. If wild boar meat is nutritious, why can’t farmers eat it? Do you really think that’s practical, especially at a time when wildlife is facing so many threats?

These claims are simply false. Where is the evidence that wildlife populations are declining? Take the elephant population, for example. From 1975 to date, data on the elephant population show that it has at least tripled. The tiger task force report was very good. CBI investigated and said forestry officials must have been involved in the poaching. The forest department tried to blame the villagers. This is how the urban ecologist spreads false information.

The tigers are now coming out of the reserves and they are attacking and killing people. Thus, the notion that wildlife is threatened has no empirical basis.

Is it justified to say that wildlife laws need to be rethought? If we tell people that you can go ahead and kill tigers or crop-destroying animals, wouldn’t that open Pandora’s box of indiscriminate hunting?

Let me be very clear. I never said the Wildlife (Protection) Act needed to be revised. I said the Wildlife (Protection) Act should be scrapped. There are no questions. It’s unconstitutional when a wild animal attacks human beings, and when you resist, you’re a criminal. If the dacoits attack you, you can resist. You could kill a thief. But what if a wild pig enters your field and robs you of your livelihood?

Doesn’t it worry you that it irritates the wildlife lobby because they think the Wildlife Protection Act has been the bedrock of conservation policy in India?

“You could kill a thief. But what if a wild pig walks into your field and steals your livelihood?Madhav Gadgil

So what would happen to species that are not found in protected areas? What do you do with a hyena or sarus crane found outside national parks and sanctuaries?

He has been a visiting professor at Stanford University and the University of California at Berkeley.

He was awarded the Padma Bhushan in 2006

We should follow a rational policy. A rational policy is what has been adopted by Sweden and Norway and by the whole of the European Economic Community, which affirms that wildlife is a renewable resource. Of course, it’s a renewable resource, it’s a biological population. The Scandinavians say that this renewable resource must be harvested, it must be harvested in a restricted way, and then the meat can be sold. I have lots of friends in Norway and Sweden, and I’ve had moose steaks with them. Moose are everywhere in Sweden and Norway. It is a reasoned harvest.

But given the level of corruption in our country, given that the forest department, as you say, is already unable to do its job, wouldn’t you say that rational harvesting would end in harvesting irrational?

If we have deep democratic decentralization, then people will protect everywhere. We must also realize that there is a destruction of habitats by infrastructure projects, which people would like to stop. These projects have an impact on agriculture and water. So people can stop all of this, provided they are properly empowered.

The author is an environmental journalist and associate professor at Shiv Nadar University.