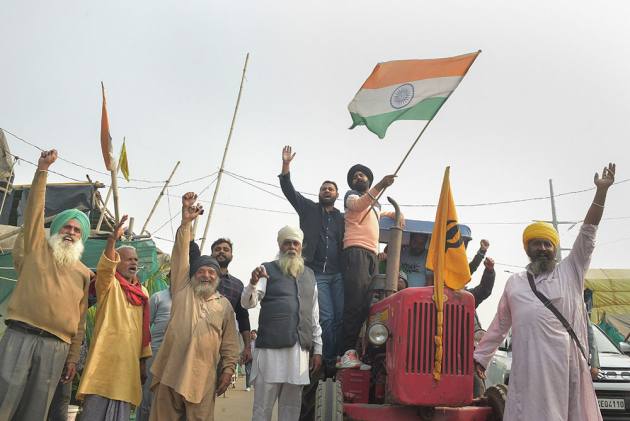 In the aftermath of the Prime Minister’s announcement of the repeal of agricultural laws, Lalu accuses Modi’s government of creating an environment of mistrust, while Nitish refuses to comment

While RJD supremo Lalu Prasad accused Narendra Modi’s “capitalism-dependent” government of creating an atmosphere of “mistrust” with its description of the agitation of farmers as “terrorists and anti-national”. Bihar Chief Minister Nitish Kumar declined to comment on the announcement of the withdrawal of agricultural laws, saying it was the decision of the prime minister himself.

â€œThe central government got the agricultural laws approved in parliament. It was the Prime Minister’s decision. Now he himself has announced that they will be repealed in the next session of Parliament. The decision is his, there can be no reaction to that, â€the chief minister, who had always spoken in favor of the three disputed agricultural laws, told the press. Nitish Kumar’s party, Janata Dal (United), is an ally of the BJP in Bihar and the Center.

Prasad, the JD (U) leader’s big rival, praised the farmers who mobilized for the withdrawal of three controversial agricultural laws, calling their struggle “the longest, most peaceful and most democratic Satyagraha”. â€œThe government dependent on capitalism and its ministers have called the farmers terrorists, Khalistani and anti-nationals in order to destroy the unity and harmony of the country. They (the government) created an atmosphere of mistrust among the majority of the working class (shramjivi), â€he added. he wrote on Twitter in Hindi.

The tweet from Prasad, who has maintained indifferent health for some time, came hours after Modi announced the repeal of three farm laws, which sparked an unprecedented year of protest from the farming community on the borders of the national capital.

Prasad’s heir apparent and opposition leader in Bihar’s assembly, Tejashwi Yadav, claimed the BJP decided to withdraw agricultural laws for fear of losing parliamentary elections in Uttar Pradesh, Punjab and Uttarakhand. â€œWe opposed agricultural laws. We took to the streets of Bihar shortly after the Assembly elections (last year), but the anti-farmer government Nitish-BJP brought a complaint against me and our party members, â€Tejashwi said. Yadav in a Twitter post in Hindi.

Asked to comment on Yadav’s claim, Kumar said: â€œEveryone has the right to speak. The opposition has every right to say what they think. “

Every by Dave Eggers Magazine – Big Tech is Watching You | fiction