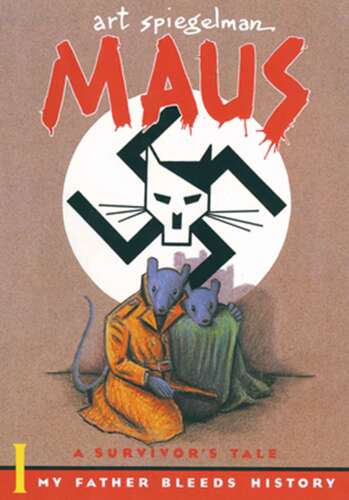 Instead of banning ‘Maus’, take the opportunity to learn from it – The Durango Herald

Much discussion and action has taken place recently in the United States regarding the banning of “inappropriate” books. Art Spiegleman’s graphic novel “Maus,” first published in book form in 1986, is just one of many that have come under fire. During the period from July 2021 to March 30, 2022, 1,500 books were banned in 26 states. Most of the books feature uncomfortable topics, including real historical events.

“Maus” is unique in the way Spiegelman chose to tell his story and that of his father. “Maus I” and “Maus II” are made as a “graphic novel”. Graphic novels started in the 1970s and one of the first was called “A Contract with God” in 1978 by Will Eisner. It’s a format, not a genre, that includes fiction, fantasy and non-fiction.

Graphic novels are like comic books, which began in the 1920s, in that they use art that progresses frame by frame to tell a story. They are different from comics in that they are generally stand-alone stories that have more complex and complete narratives. Graphic novels have proven useful in engaging “reluctant” readers.

“Maus” is presented in black and white and features ink drawings. Most graphic novels, like comic books, are illustrated in color. There’s no doubt that Spiegelman chose his minimalist presentation because of his custom story content. interviews Spiegelman conducted beginning in 1978 with his father, Vladek, a Polish Jew, who survived the Holocaust in World War II. The two men had an estranged relationship. During the interviews, he learns of the many ways his father had to adapt to survive the concentration camps. Vladek had many eccentricities, which drove Art crazy growing up. Learning about Vladek’s experiences may have helped Art understand why his father behaved the way he did.

In “Maus”, Spiegelman uses anthropomorphism (creation of non-human creatures with human characteristics) to depict Nazis, Jews and Poles. Playing on the Nazi belief that Jews were vermin or rats, Spiegelman’s Jews are mice, Nazis are cats and Poles are pigs, which never went over well in Poland. Despite the differences in faces, all beings share the same body types, including limbs. Perhaps it was his way of emphasizing that despite the differences, they all share the same “humanity”.

Spiegelman tells Vladek’s story with unvarnished reality. The randomness of who lived and who died in the camps, the casual cruelty of the Nazis and the struggle to survive are true to life. Spiegelman is not trying to make a nice, simple man and a loving father. Nor does he describe himself or his actions as outright as a devoted son. These past experiences served to not only rule and impinge on his father’s life, but his own as well.

“Maus” was a groundbreaking book that legitimized and heralded comics and graphic novels as a serious adult medium. Although librarians and booksellers struggled to decide where to place the book, in terms of category, in 1992 it received the Pulitzer Prize for Special Citations and Awards.

In response to the recent banning of more than 1,500 books nationwide, the New York Public Library has made the banned books freely available online. This initiative is called Books for All and is open to all readers aged 13 and over. The books will be available on the library app until the end of May. Additionally, the Brooklyn Public Library also announced another option, called Books Unbanned for readers ages 13-21 on its app. Both apps are free.

The description of historical events, no matter how horrible or unpleasant, are facts. The past cannot be changed, but knowing the history can help deter similar occurrences in the future. Banning books like the McMinn County School Board did in January is not the best choice for our young people. He took issue with “Maus” due to a case of female nudity – a mouse, who is not known to wear clothes – profanity (some damns) and violence. It was war! By nature, war is quite violent – see current events in Ukraine.

Rather than banning books with uncomfortable elements, they could be studied, and perhaps valuable lessons could be learned.

Leslie Doran is a retired teacher, freelance writer, and former New Mexican who claims Durango as her forever home.

The bimonthly of the Supreme Court: 15 important judgments