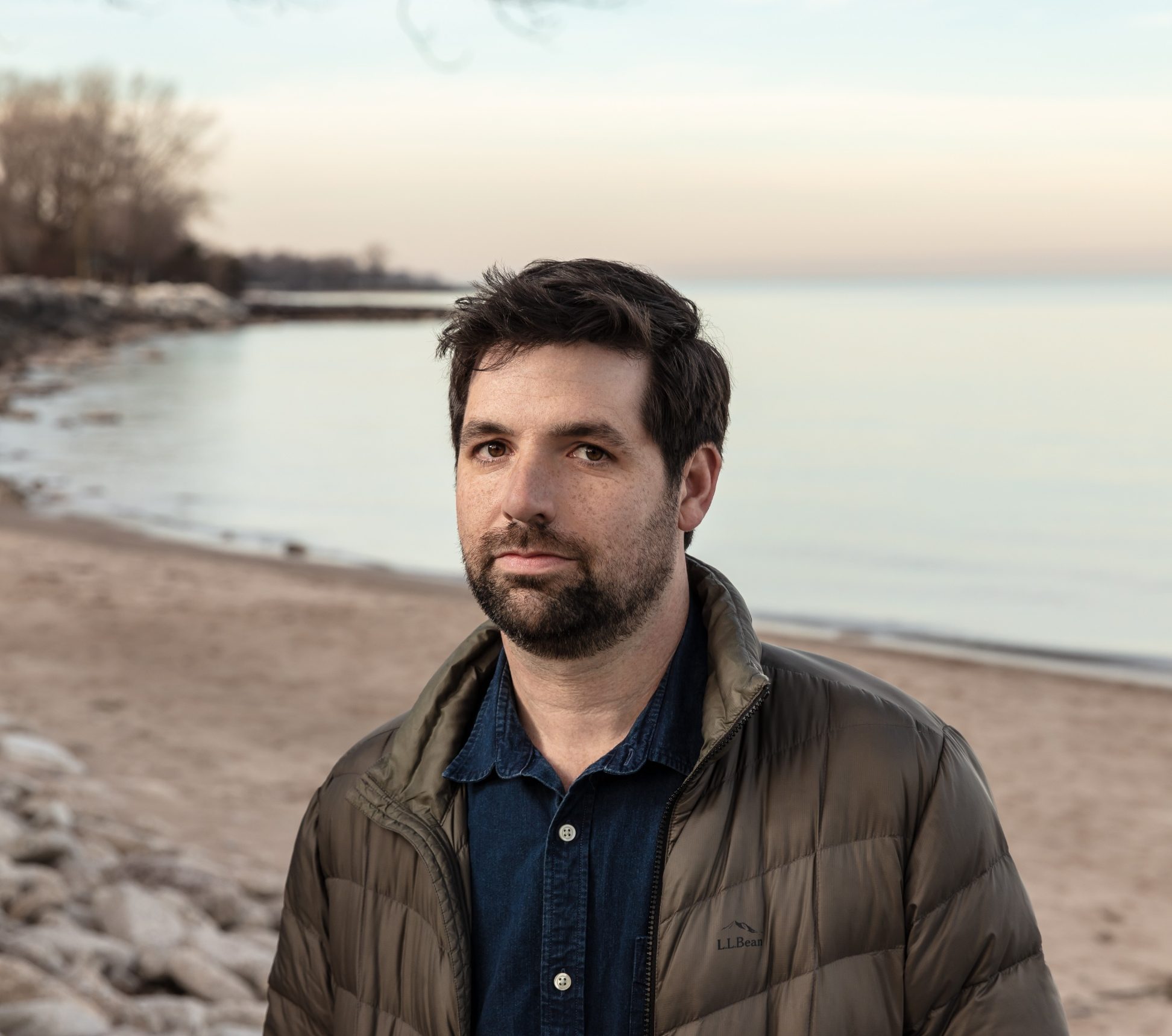 Interview with Peter C. Baker, author of Planes: A Novel

If your wanderings take you down Main Street and past the Brothers K cafe, you’ll likely come across one of our local literary luminaries. Most of the time, you can find author and Evanston resident Peter C. Baker typing.

Baker first found his way to this beloved local spot because of its proximity.

“It was the closest cafe,” he said in a recent interview. “I lived on Michigan Avenue and South Boulevard. It was the closest… I wonder if it’s still the case. Proximity got it through the door, but more than that turned it into a staple of the local spot.

Laptops and cafes have become synonymous, including here in Evanston with its large student population. Cafes serve as workplaces and offices for many. What about Brothers K Baker finds so appealing?

“I love space,” Baker said. “What it is and what it isn’t. But also that overused word in relation to the businesses and what they try to be, but the Brothers K community is special and different from any other cafe in Evanston.

Baker said what makes this cafe special is “the diversity by age and what people are here to do: work, see people, meetings, take a break after school . It really is a meeting place. Not just walking in and out with coffee.

Baker’s first novel, planeswas published at the end of May. Among its many accolades, the book has received rave reviews from The New York Times, Harper’s, and The Wall Street Journal as well as a star Kirkus. The novel centers on two couples and is split between locations. “Half the book is set in North Carolina, a white couple approaching their 50s and facing an empty nest for the first time,” Baker said. “And half of the book takes place in Italy and Morocco with a couple who find themselves in much more immediately dire circumstances. The husband is in prison in very troubled circumstances.

According to Baker, planes has been in the works for over a decade and has gone through “many different iterations, with different narrators and different characters expanding and compressing the time it has been set. I risked doing this forever. The Covid outbreak and subsequent global shutdown changed that. Baker was working as a freelance magazine editor with scheduled assignments, but, overnight, many of them disappeared. A dearth of assignments and fatherhood on a not-too-distant horizon gave him the time and motivation to create, shape, and finish planes a few days before the birth of her son.

A simple building was the inspiration for the book. The innocuous-looking structure nestled among houses, a real estate agency and a sandwich shop in North Carolina, where Baker went to graduate school (and met his Evanstonian wife) was a CIA front company linked to sites black. Baker was already working as a magazine reporter. In his research, he came across a 2005 New York Times cover story that mentioned the site, and a quick Google search showed he wasn’t too far off. He drove the next morning to check the site. The juxtaposition crystallized the possibility of the novel: “the domestic fiction of a small town, but which clashes with the geopolitical stuff”.

Baker is already working on her second novel. Although there is “absolutely no relation” when it comes to subject matter, the similarity in this book is Baker’s take on fiction. relive them. Because fiction doesn’t tell people what to think. It’s this machine that the writer makes but lets the reader in, and they make it work together. ”