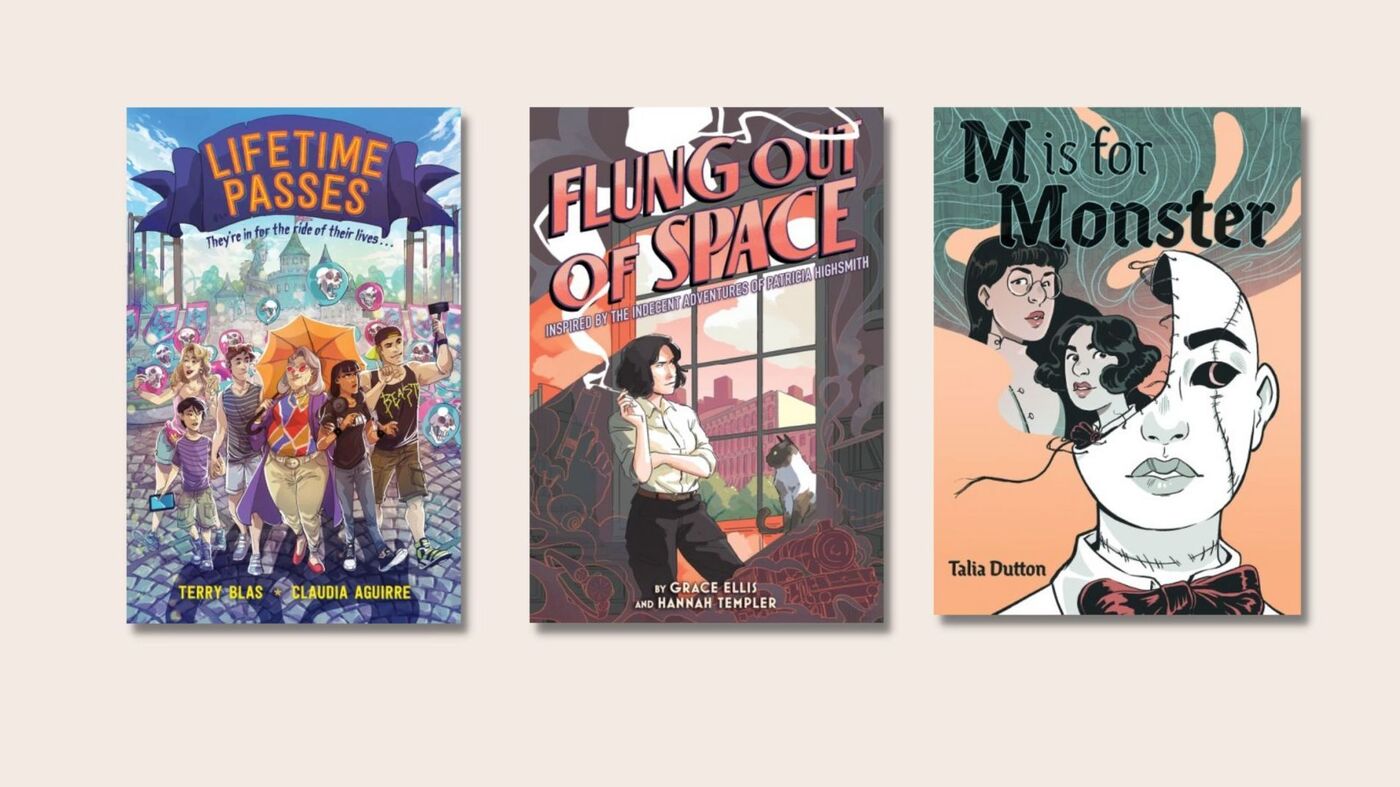 Our Creators on the Cusp series brings you writers, artists, editors, and publishers who are revolutionizing the world of comics and graphic novels. We’ll introduce you to the troublemakers and boundary pushers who are taking comics in once unimaginable directions.

We start with Mariko Tamaki. She has won the Eisner Prize, the Caldecott Honor and many other awards for graphic novels such as This summer (co-written with her cousin, Jillian Tamaki) and Laura Dean keeps breaking up with me.

Unlike many graphic novel writers, she has also made her mark in mainstream comics. She helped shape the fates of characters like Spider-Man, Batman, Supergirl, and Harley Quinn. Now she’s teaming up with publisher Charlotte Greenbaum to co-curate a new edition of Abrams Books. Called Surely Books, it focuses on creators and LGBTQIA experiences. Surely the first titles of Books, Lifetime pass came out in November. two more Thrown Out of Space: Inspired by the Indecent Adventures of Patricia Highsmith and M is for monster are about to be released soon.

I reached out to Tamaki to find out how comic book publishing is changing, why she loves writing for tweens and young adults, and what we can expect from Surely Books.

When I heard you were leading this new imprint, one of my first thoughts was, “I can’t imagine what Tamaki’s picks will be like!” After all, you’ve written so many different types of books, from mainstream franchise comics to more idiosyncratic graphic novels. What makes a book a “Tamaki choice”?

There is no Tamaki pick! Or, I guess, any book can be a Tamaki choice! I think it’s probably because of the wide variety of genres [in which] I wrote that it is true. In fact, one of my favorite things about the Surely Books list is that they cover so many different genres and styles, all created by LGBTQIA+ artists and writers.

Were there any creators whose work you planned or hoped to include in the imprint early on?

Yes and no. I’m a huge fan of so many artists. Artists/writers like Terry Blas and Claudia Aguirre and Grace Ellis and Hannah Templar, the teams behind our first two books, were very high on my list. But deep down, what I wanted was to find artists and writers I didn’t know yet. We spent a lot of time asking people about the artists they were passionate about – trying to look outside the circle we already knew.

What about the creators you just learned about since you started planning Surely Books? Were there people who took you by surprise?

Olivia Hicks and Emma Oosterhous are two designers I didn’t know before I started working with Surely Books. Grand Slam Romancewhich is like the most magically hilarious queer book of all time.

Why do you think the books you want to publish aren’t already in print? After all, there has been a huge resurgence in publisher interest in comics and graphic novels and LGBTQ themes in recent years. Why are the big publishers always falling short?

There are so many amazing queer books being published by amazing publishers big and small right now. I think that we [at Abrams] are fortunate to be the choice of some creators to work with. I consider it a huge compliment, considering the options, that people do Do you want to work with us.

It is always true that some books are easier to publish than others. There are stories that the editors believe will make more sense to a wider audience. I would say that it is always possible to expand our sense of books that we think readers want. For example, the readership is as diverse as the creators trying to get their books made. People love comics and will read comics that they don’t necessarily predict would be their thing. So let’s expand!

You’ve had a long-standing interest in tween and teen stories. Why do you like to write for these age groups?

I have a bunch of answers to this question, I think the one that rings truest right now is that writing about teenagers is a form of writing about adulthood. Teenagers try to figure out what it means to be an adult. It’s a particular anthropology that interests me, the anthropology of adults.

Do you include a lot of middle level and young adult books in the Surely range? If so, which author(s) are you most passionate about?

We include books for young adults. I’m excited about all of them! On the adult side, we just received the last pages of Kaitlin Chan’s Back home, a sort of ethnography of identity and queerness in Taiwan. Really, it’s such an amazing book and I can’t wait for people to read it.

Is this your first time working as an editor?

I gave comic book workshops, which are a bit editorial. This is my first chance to work with artists [from] start finishing on their books.

What’s the hardest part of editing?

Above all, it’s about knowing when to get out of the way. The problem with creating books is that it’s all in your head. This is your world, your creation. The editor is here to understand your world, live in it with you, and help you fill in whatever you need to fill in — [all] while ensuring that it is always the artists priority world. You need to be able to look at things from the outside, see the bigger picture and the details, but you also need to be able to immerse yourself in what the artist is creating.

Has the process of reviewing manuscripts for publication changed the way you view your own work? Has it given you new ideas for projects you want to do?

I feel like I appreciate what people are going through [in] trying to make a graphic novel. It’s really inspiring to see them all achieve this.

Are there any clever future plans you have, alone or with Surely Books, that you can hint at?

I have a new graphic novel with my cousin, Jillian Tamaki. I have a novel I’m working on. I have a few comic projects going on. So, yes, lots of things!

Etelka Lehoczky wrote about books for The Atlantic, the Los Angeles book review and The New York Times. She tweets at @EtelkaL.