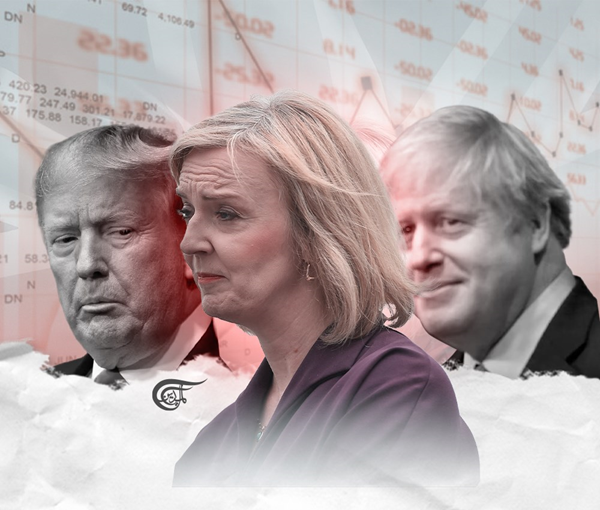 With his clumsy rhetoric and propensity for gaffes, Truss is an extraordinarily easy target for opposition politicians and opportunistic comedians.

Last month, British-French writer Celya AB described Britain’s new Prime Minister as looking like ‘the goofy office woman who went too far’ or a character comedian who got stuck playing a caricature satirical years ago and now just can’t drop the act.

Indeed, she looks more and more like a comic parody of a conservative mum, hollowly echoing the views, tones and even sartorial sense of the late Margaret Thatcher. She tries to pass herself off as a reboot of the Iron Lady in her heyday, but she’s more of a prime minister, a tin boss, Maggie in her later, more demented days.

It spits out impatient but meaningless sound bites with all the empty pomp of its most immediate predecessor, and with that same notoriously optimistic disregard for expert opinion and hard facts. Like Mr. Johnson (and indeed like Mr. Micawber), she seems to craft policy without consideration of relevant evidence or argument, but simply in the vain hope that “something will happen”.

His proclaimed faith in the beliefs of those supply-side economists once so beloved of Ronald Reagan (but generally discredited by those tired of endless cycles of boom and bust) assumes that if one cuts taxes and regulations for the wealthier businesses, then countless opportunities to generate wealth will trickle down to the working masses. Yet his proposed remedy for the UK’s skyrocketing inflation rates – to pump more money into the consumer economy – would have caused vitriol to be spewed by the fiscally cautious Mrs Thatcher, or even these days turn in his lead-lined urn.

His understanding of macroeconomic theory goes far beyond the counter-intuitive, the brash and the unorthodox, to the utterly irrational and possibly mad. This is the realm of what his leadership rival, Rishi Sunak, has called a “fairy tale” financial strategy. It is reminiscent of what former Conservative Prime Minister Theresa May described in 2017 as a magic money tree. It is the delusional thinking of an instinctive populism of big promises and small strategic details.

There is a degree of inconsistency amounting to a virtual divorce from reality in the worldview of the new British Prime Minister. She has this in common with the former Downing Street incumbent, a bullish (and, for some, heroic) denial of those harder, inconvenient and uncomfortable truths that make government work, favoring instead a fanciful version of politics, of society, and a nation in which the solutions to all our problems are child’s play and incredibly easy to implement. In this sense, Truss therefore looks more like a thin Boris Johnson, or simply Trump 2.0.

Last month, in a particularly unlikely intervention, satirist and filmmaker Armando Iannucci said he would like to ask Liz Truss if she thinks the star of the long-running British TV series Doctor Who should be a white man. He pointed out that following the casting in recent years of a black woman and then a black man in this traditionally Caucasian male role, even this seemingly insignificant affair had been ‘weaponized’ by elements within the Conservative party. British and right wing. hurry. While these newspapers denounced the programme’s late attempts at moderate pluralism as political correctness gone mad, one Tory MP even went so far as to claim that giving the role to a woman had led to increased crime among young men.

Iannucci suggested that such trifles had been deployed at the forefront of a culture war which these reactionary forces claim is being waged between traditionalist defenders of established values ​​and the snowflakes of a generation of left-minded youngsters. awake and avocado eaters. It’s an illusory conflict befitting the meta-narratives of those who claim to defend bastions of civilization against the advances of a ruthlessly progressive phalanx of digital-native millennials.

These invented tensions represent both the ultimate raison d’etre and the casus belli of the entrenched and intractable right. It may sound irrational, even crazy, but that’s pretty much the state of British politics today. With so much in the country desperately in need of fixing, this woke war cry offers a distraction from the much more pressing and difficult tasks of government.

Although it seems unlikely that Mrs Truss’s time in the UK’s highest office will ever reach the heights of absurdity reached by her eminently ridiculous predecessor, she already seems laughable enough to have inspired some of the wildest imaginations. fruitful of the British comedy industry with such fundamentally wacky thoughts. For this small crumb of consolation, we might suppose we should be oddly grateful. At least we’ll have something to laugh about as our world crumbles.

Yes, his elevation was certainly good news for British satirists and for the British Labor Party. This overzealous captain of the high school hockey team, this grumpy talker, is hardly the reincarnation of her idol Margaret Thatcher. In fact, she looks little more than Boris Johnson lite, a concession to die-hard followers of the blond jester, her shamefully shameless predecessor in a lighter, neater form, with less Latin but a functional comb.

His victory speech itself last week was generally stuffy. His attempt at a joke about how long the leadership race will last elicited a handful of embarrassed laughs. His tribute to his predecessor drew a mixed response from his audience of Tory MPs. When she unexpectedly described Britain’s Conservatives as “the biggest political party in the world”, a startled silence briefly preceded an orchestrated round of applause. When she promised that “we will deliver, we will deliver and we will deliver”, she might have sounded like one of the best postal workers in the country if they had not been on strike at the time.

She stressed that he had campaigned for the leadership of his party “as a Conservative” and that she therefore intended to “govern as a Conservative”. It was not immediately clear whether there had been any uncertainty on either point, but it was probably a good idea to clear up any doubts about his political allegiances and make sure his colleagues were assured that she was reasonably committed to the party which had just placed her in Power.

Indeed, she had once commented that her left-leaning father had always hoped that she was in truth a “sleeper agent” for the socialist cause. Maybe she thought it was important at this point in her career to point out that she really wasn’t.

She came across, as usual, as a little clumsy.

With her clumsy rhetoric and propensity for gaffes, she is, after all, an extraordinarily easy target for opposition politicians and opportunistic comedians. Taking potshots at Liz Truss sometimes feels like shooting dead fish in a barrel, a barrel filled with nothing but dead fish.

Yet the fear is, of course, that this barrel of dead fish will soon become quite an apt metaphor not just for his premiership, but for the state of the nation under his misguided and inconsistent rule.

It would be wrong, however, to simply label Mrs. Truss a zealous fool in the manner of her fabulously incompetent predecessor, for there is malice in her madness, and real dangers lurk behind her narrow-minded ideological outlook.

There are sometimes certain signs of sociopathy to be seen in those who seek and attain political power, and it seems that, in the remorseless ambition that brought it here, Britain’s strange new leader may share these traits. To live without conscience or empathy, without the capacity for guilt or self-doubt, must be profoundly limiting and yet also extraordinarily liberating. But the freedoms of tyrants – like the license of fools – can prove devastating to anyone whose life feels the effects of their indifferent touch.

It is a new prime minister now facing runaway inflation, a cost of living crisis, a collapsing healthcare system, soaring energy and fuel prices, the threat of a resurgent pandemic, conflict with the country’s closest trading partners, political legal challenges, the climate emergency, water shortages, war in Europe and in one’s own party, debt massive public, renewed calls for independence from two of the four nations that make up the UK, public confidence in the government at rock bottom and a politically progressive black Scotsman playing Doctor Who.

You’d have to be an idiot or a madman to want his job. In this sense at least, but sadly in no other, Liz Truss sometimes comes across as woefully overqualified.