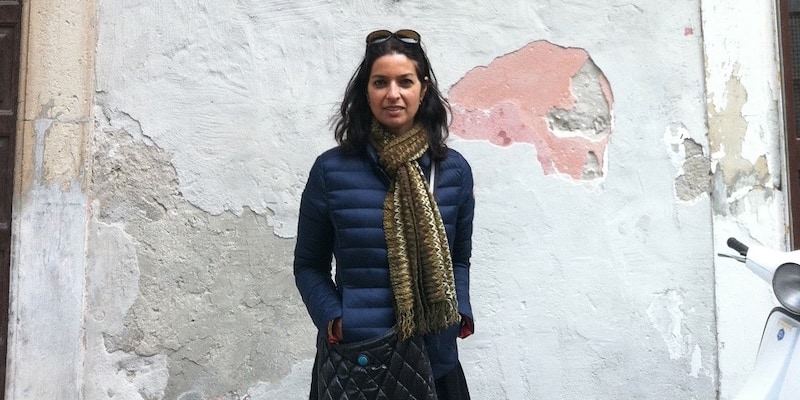 “No language has power over another”: a PEN Ten interview with Jhumpa Lahiri

1. What was the first book or written in Italian that made a deep impression on you?
The first author I read in Italian was Alberto Moravia, when I was in university. Even though, at the time, I looked for every other word in the dictionary, I was immediately struck by the precision of his language and the emotional power of his work. I find his prose to be both clean and incandescent, a nice combination.

2. What did your editorial process look like when compiling? The Penguins Book of Italian News? How do you keep the momentum going and stay inspired?
The process took over three years from start to finish, and I traveled back and forth between Princeton and Rome frequently throughout this time. The work of editing the book took place in parallel with my own writing, translation and teaching. I have consulted many friends and colleagues in Italy and the United States, and have searched flea markets and second-hand bookstores in Rome, as a number of these stories have appeared in out-of-print books or hard to find. I also spent long hours at the Firestone Library in Princeton finding other authors in the piles. It took over a year to get to the 40 included in the volume.

“The translation process clearly shows that no one language has power over another.”

3. How can writers affect resistance movements?
I believe that all writing is a form of resistance. The purpose of literature is to contradict convention, challenge banality, overturn reality and challenge the passage of time. The translation goes even further. The translation process clearly shows that no one language has power over another. Many Italian writers of the anthology have translated it as a way to challenge and oppose fascism. A voluntary act of crossing borders, translation is a means of rejecting and contradicting the xenophobic mentality which circulates today in a large part of the world.

4. What is your favorite bookstore or library?
My favorite library in Rome is the Centro Studi Americani, located in the Ghetto, a place that has inspired much of my writing in Italian. My favorite bookstore is Libreria Trastevere whose extremely helpful staff have suggested and specially ordered some of the anthology’s authors. At Princeton, I love Labyrinth Books where I stop to browse several times a week and I can also speak Italian with the owner. The Firestone Bookcase, a paradise of mid-century modern reading chairs and over eleven million collections, makes me wish I could live forever.

5. What is the last book you read? What do you read next?
I spent a large part of the summer reading several books by Clarice Lispector in Italian translation. I am currently reading a version of Ariosto Orlando furioso with comments from Italo Calvino.

“Literature allows us to move the conversation forward, however controversial it may be. “

6. What do you think is the biggest threat to free speech today? Have there been times when your right to freedom of expression has been challenged?
I would like to answer this question from the perspective of a teacher and a reader. I am puzzled that literature should not distress the reader. There were times in class when I was torn between the desire to introduce my students to the works of a great writer and the fear of upsetting or offending them. Kafka, Hemingway and Primo Levi are just three examples. If we are to remove “disturbing” literary works from the program, the conversation about literature, and therefore about history and human experience, will be both seriously compromised and false. Literature exposes us to distress, violence, injustice and despair through a filtered process, through the prism of art. Sometimes I fear that we are deviating from this perspective. Literature keeps the conversation moving, however controversial it may be. There is a difference between provoking and offending.

7. How does your identity as a publisher and translator shape your creative work?
Editing The Penguins Book of Italian News It opened my eyes not only to the works of new authors in another language, but to a different attitude, in general, towards writing. Literary activity in 20th century Italy was marked by extraordinary experimentation and collaboration. I am inspired by writers who moved freely between languages, who worked in distinctly different styles, whose identities, both literary and personal, were decidedly hybrid. As for translation, for those lucky enough to know another language well, it is by far the best way to learn to write and improve your writing.

8. What advice do you give to young writers, editors and translators?
Be patient, always stay curious, write for yourself and for yourself, and devote as much time and energy as humanly possible to reading.

10. The collection you edited for Penguin highlights the vibrant Italian tradition of news. In your introduction, writing about a post-war period when literary journals with short stories flourished, you write: “[I]Individually published short stories, freed from the economic machinery of book publishing, are by definition stand-alone texts: a source of resistance, a means of creative risk and experimentation. Can you tell us more about the significance of the news in Italian culture and history?
What the 40 authors of the anthology demonstrate is how infinitely elastic and regenerative the short form can be. The short history in Italy took root in the 13th century and remains a vehicle for creative change and exploration. Primo Levi’s stories allowed him to reinvent himself from a writer associated with the Holocaust based on his first two books to a writer simultaneously preoccupied with entirely different subjects and themes. Some of the greatest Italian poets also wrote masterful short stories, which makes sense, given that I think stories have more in common with poems than with novels. Calvino called the short story “the real addiction of Italian literature”. His love for form is evident even in the construction and sensibility of his longer works. Last but not least, this anthology contains stories written by women that are told from a male perspective and vice versa, further emphasizing the freedom, for those who practice the short form, to transgress.

Jhumpa Lahiri received the Pulitzer Prize for his first collection of stories, Disease Interpreter, which is celebrating its 20th anniversary this year. She is also the author of Namesake, Unusual land, and The plain, finalist for the Man Booker Prize and the National Book Award. Lahiri wrote three books in Italian. His translation of the novel by Domenico Starnone Tower was a finalist for the National Book Award for Translated Literature, and his translation of his novel Connections was a New York Times Remarkable book. She lives in Rome, Italy, and Princeton, New Jersey, where she is a professor of creative writing at Princeton University.