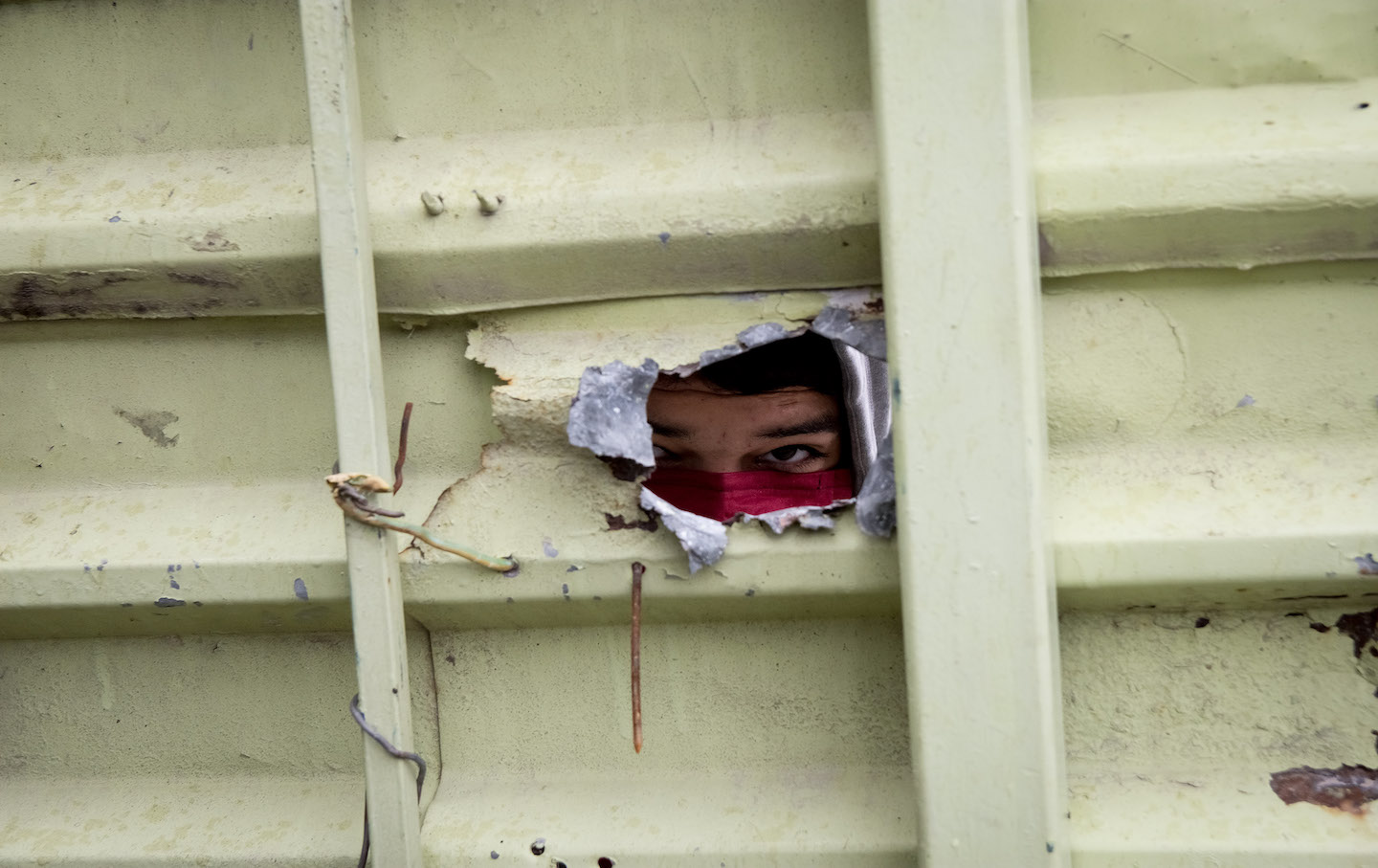 The first line of Omar El Akkad’s new novel, What a strange paradise, flashes an image of the year 2015 in front of the mind’s eye. It is an image that puts the plight of migrant refugees – fleeing their untenable present in the face of war in their country and in search of a stable and better future in the distance – at the forefront. “The child is lying on the shore,” writes El Akkad, bringing the reader back to the Greek island of Kos, where memories of a drowned 3-year-old Syrian Kurdish boy, Alan Kurdi, are buried, only to come to life when we learn of a similar tragedy.

What a strange paradise

Omar presents a brutally honest account of the impact of conflict and war on ordinary human lives. The story his book sets out to tell is one of human suffering, the desire to survive and the intense desire for a better life in a new country. Through his characters, Omar delves into the complexity of the unpredictable relationship between refugees and the host society, an arrangement that is often hostile and rarely compassionate, but newcomers encounter both.

Straddling the two ends of hostility and compassion, it’s the story of a relationship between Amir, a 9-year-old Syrian boy, the sole survivor of a migrant shipwreck, and VÃ¤nna Hermes, a 15-year-old resident of an unnamed Mediterranean island. , where Amir ran aground on the shore. The story begins with Amir waking up on the beach littered with shipwrecks and drowned passengers, their faces covered in sand. Frightened and alone, he gets up and flees the men in uniform running after him, towards sheltering trees, only to emerge later “haggard and panting” in front of VÃ¤nna, who instantly senses that the boy is in danger and leads him in.

The chapters of the book are structured into two periods – “Before” and “After” – the first covering the sequence of events that brought Amir to the island and the second recounting his journey to the shore. The arrival of Amir is the fulcrum of the two tales which appear alternately throughout the novel – a part on the Calypso, the small fishing boat overloaded with passengers and the other passed with the benevolent VÃ¤nna.

Defending immigration in literary form, the book attempts to humanize the â€œotherâ€ refugee by presenting the precarious life of a migrant in turbulent waters and beyond. Omar captures the plight of the displaced and stateless subject and the uncertainty that is woven into the person’s very existence. This element of the struggle for survival takes us back to Omar’s past work, american war, published in 2017, which discusses the uncertainty that accompanies conflict and resource contestation in the face of the challenges of climate change and epidemics. american war takes place in 2074 America, which is torn by the “second” American civil war, in which five southern states of the American federation decide to secede following the passage of a bill banning the use of fossil fuels across the country. The situation is further compounded by the outbreak of a deadly virus and the invasion of Texas by Mexico. Through the story of the Chestnut family, who live in a refugee camp, Omar turns a geopolitical concept into fiction and tells the story of the ruin caused by war that strikes people caught in the midst of a political crisis and climate.

A similar kind of devastation and destruction comes to life in What a strange paradise as it accelerates. VÃ¤nna is seen introducing Amir to a farm that sits on the edge of her family’s property. This is the hiding place she designates for Amir to find refuge, and she begins to stitch up his emotional wounds while keeping him safe. We learn that she is the child of a dysfunctional family with recurring arguments between her parents, the “indecently intimate strangers”. As she grew up, she became aware of the armed vacuum that existed between her parents. Separated from her family, VÃ¤nna forms a bond with Amir. It was instantaneous when they met. They were expressing a sort of relief upon seeing each other for the first time, transcending the language barrier that existed between them.

VÃ¤nna goes to look for food for Amir, but then decides to take her to her former teacher, Madame Nimra El Ward, who runs the island’s “hastily built migrant camp”, where “the children cannot. sleep through the night people don’t talk, “and many try to slit their wrists with lids of canned goods. Given the appalling conditions she faces, Madame plans a rescue trip for Amir and hands over a backpack full of picture translation books, fairy tales and comics to keep the boy busy throughout the trip. trip. Madame El Ward orders VÃ¤nna to keep Amir in hiding for two days until they reach the northeastern end of the island near a broken lighthouse where a “smuggler [will] navigate Amir to where he will find his community of people from the same place he came from.

Despite her young age and inexperience, VÃ¤nna assumes the role of Amir’s protector as they embark on this perilous mission. They are pursued by the thumping boots of a police force and the military presence, but the horror of their flight is held at bay by their shared innocence and kindness, which provide a model for the benevolent generosity that we would like to see extended to the marginalized. .

In this fantastical setting of fragility and pursuit, Omar’s book sketches a bewitching portrait of the child Amir. It depicts a child’s worldview, a world he inhabits as a refugee, losing his freedom and free will as the world, distant and indifferent to his suffering, decides his fate. In painting this picture, the author brings the macabre and the magical together, producing imagery of loss and recovery, abandonment and acceptance through relationships that are outside blood kinship and are random and circumstantial.

What is unique is the comforting closeness and tenderness shared by the two wounded souls. En route to the rescue ship, while hiding in a cave, VÃ¤nna notices Amir’s discomfort as he continually fidgets with irritation on his body. As she takes off her shirt, she sees the growing injuries on her back and shoulders from prolonged exposure to the sun. VÃ¤nna gently heals her wounds while Amir tries to conserve his strength.

The novel ends by leaving behind some deep impressions of human relationships in the context of a global humanitarian crisis. What is tragic about this story is that it reflects the fleeting nature of outrage, which dies as soon as the media lens turns away from another global front page problem. While writing the review for this book, I received a notification in my inbox – news of a ship with corpses washed up in the Caribbean from Africa – that makes me question the complicity by silence, neglect and reducing the whole problem to mere statistics or nationalism. What Omar does with his novel is to make the reader understand the urgency of the refugee crisis. Her work speaks to the citizen of the world, helping to create a sense of empathy and compassion for those most vulnerable and battered.

Hey, what happened to the criticisms of Federal Attorney John Durham?