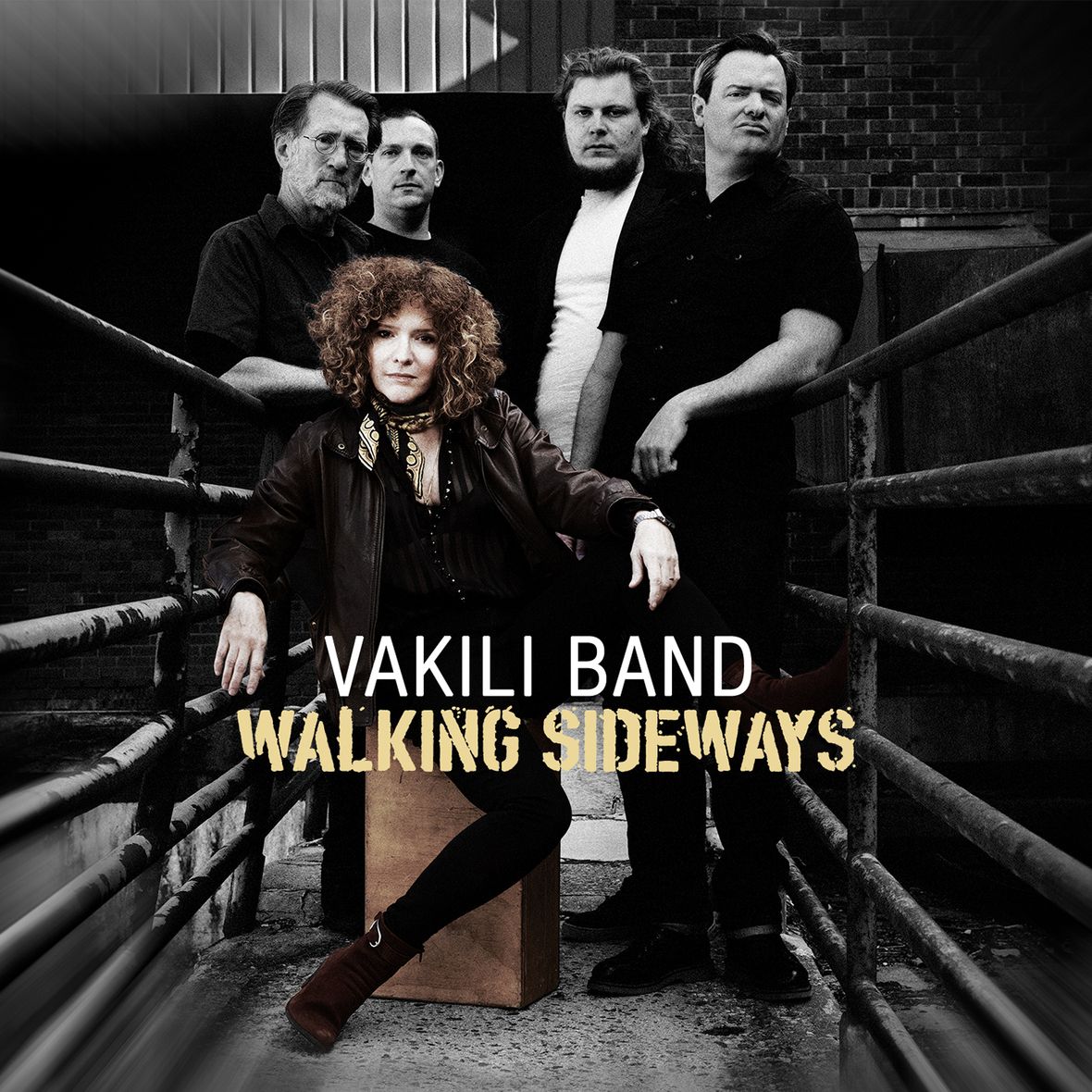 A force of nature who is unafraid to express his beliefs, Vakili lives his life as a whole, refusing to compartmentalize, whether in his career or his diverse music. “Sharp Devil” has a Stones-esque swagger, a country flavor reminiscent of “Wild Horses,” while “When 21” looks at the younger generation with the wisdom of someone who’s been there, inspired by the experience of his non-neurotypical, autistic son (“Who doesn’t want to be bright and young / Life is nice and easy at 21”). The title track was inspired by Vakili who spotted a woman walking out of a bar so drunk she was “walking sideways”, exploring her inner thoughts on the way to arriving at this sad but defiant state. The inspiration for “Freeman” came from seeing a prisoner working in the fields, respecting that individual as a human being, while “She Wants What” and “Rachel” are loud, feminist anthems.

Vakili has always prided herself on using her music to reach other women, so it’s only fitting that she’s releasing this album just in time to women’s history month. A video for “Rachel” will be released on March 15 and Vakili says she hopes it inspires young women who are starting to make their way in the world. “I want to let them know that they’re believed, that they’re stronger than they think, and that those of us further down the path have our backs,” she explains. “I have two amazing daughters – amazing for their compassion, intelligence and generosity of spirit. I look up to them and their friends and want them to be celebrated and given the recognition and fair rewards that they deserve.

Throughout the month, Vakili Band will perform at female-owned venues, collaborate with female creators for band artwork and merchandise, and donate a portion of its proceeds to nonprofits focused on the women. On March 11, the band will reunite in their hometown of Montclair, NJ, at Montclair Brewery with singer-songwriter Stacia Thiel, and on March 16, they will travel to Philadelphia to perform at The Fire with The Royal. Fatback and Poppy.

The band ends this exciting month with a live recording session at Leesta Vall Studio on Tuesday March 29, where they will record several songs on unique limited edition vinyl records.

Vakili’s musical career is a testament to the nonconformist beliefs she was raised with. Born in Honduras and raised in Thailand, Puerto Rico and Iowa, Vakili has worked in theater and gone on to a successful career as a biotech lawyer while continuing to have all kinds of dreams, including making the music. Fifth of six siblings, Vakili took up the guitar at the age of 14. Its early songs began as poems, a practice that continues to this day, with Vakili providing basic lyrics and musical structure to the band, who then collaborated in constructing the desired layout.

Walk to the side shows the growth of Vakili as a songwriter, vocalist and bandleader, and of the band as a whole – including lead guitarist and occasional songwriting collaborator Ben St. Jack, harmonica player Joel Dorow and the solid rhythm section with drummer Gordon Kuba and bassist Matt Jovanis – since their last release, 2018 Oh okay.

For the Vakili band, Walk to the side represents a major step forward. They make it real…NOW.

Round bottom | Looking for Alpha