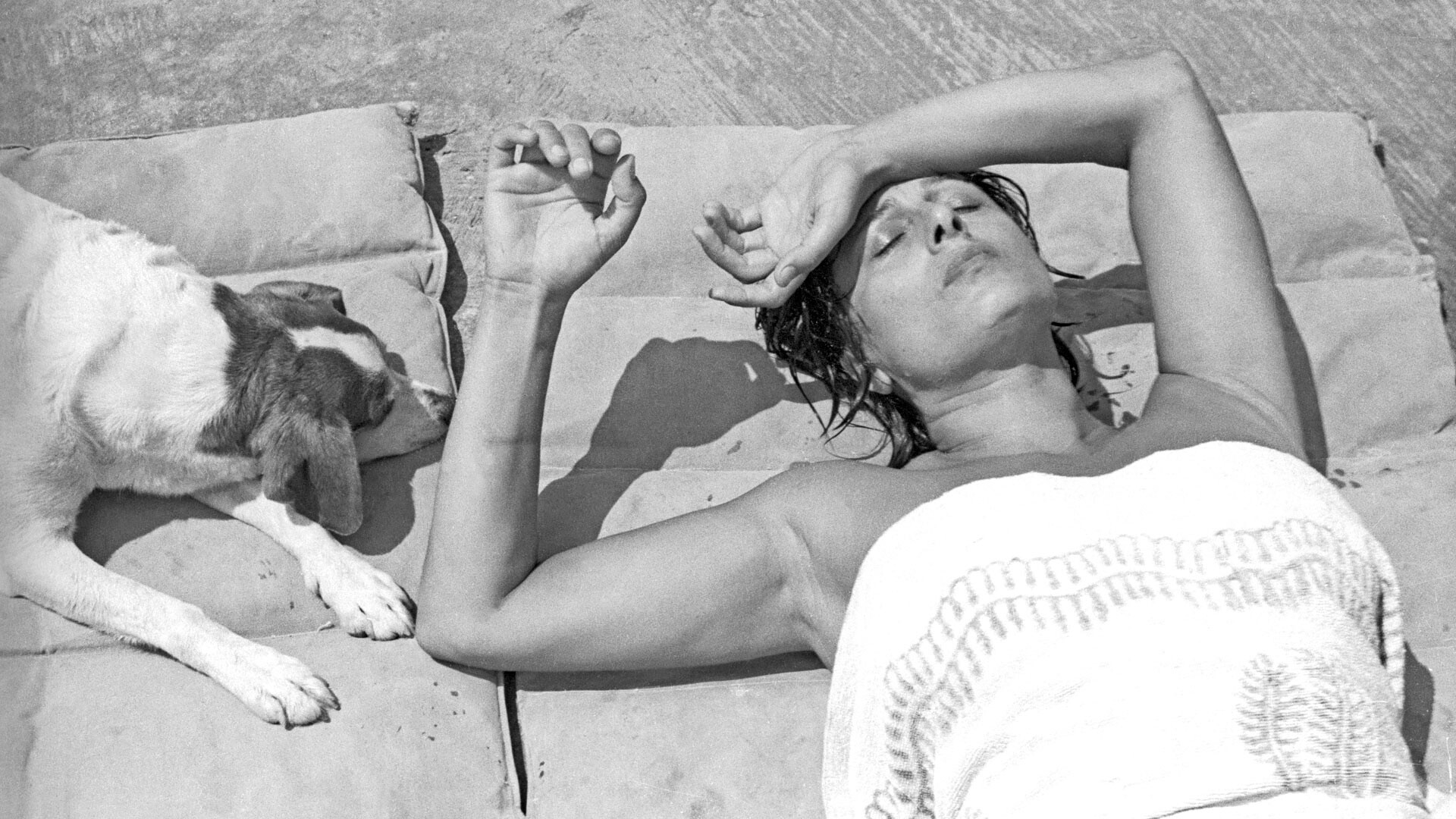 An unprecedented exploration of the contradictions and hopes of Italy in the 1950s and 60s told through more than 250 images of the greats of the world of cinema, art, culture and fashion and ordinary people.

He was the most beloved photographer in Mario Pannunzio’s magazine Il Mondo, in which, in 14 years, he published 573 photos, reporting on Italy and the world. He portrayed movie stars, writers, artists, nobility and ordinary people. Famous, he explored the Italian coast with Pier Paolo Pasolini, documenting the Italian holidays.

Paolo Di Paolo (de Larino, Molise, class of 1925) was an extraordinary chronicler of Italy in the 1950s and 1960s who described with delicacy, rigor and skill the country which was reforging itself from the ashes of the Second World War.

MAXXI, the National Museum of the Arts of the 21st century, dedicates a major exhibition to him as well as to his extraordinary life. PAOLO DI PAOLO. Mondo perduto is organized by Giovanna calvenzi and sponsored by Gucci. The exhibition is part of the museum’s growing photographic program, encouraged by Giovanna melandri, President of the MAXXI Foundation.

Presented at Spazio Extra MAXXI from April 17 to June 30, 2019, the exhibition presents more than 250 images, many of which are unpublished, part of a huge archive (250,000 negatives, contact sheets, prints and slides) found by chance by his daughter Sylvie in a cellar twenty years ago.

Shortly after closing Il Mondo in 1966, Paolo Di Paolo, feeling that he was “no longer in tune with the times, with the emerging society”, abandons his camera and a little over 40 years old returns to his philosophical studies and to the world publishing, launching a collaboration with the Carabinieri, for which he has organized twenty books and 43 calendars. Di Paolo turned a new leaf and his wonderful and invaluable archives ended up being forgotten in a cellar.

The discovery of his daughter and the interest of Alexandre michele, creative director at Gucci, and that of the president of MAXXI Giovanna melandri And the one of Bartolomeo Pietromarchi, director of MAXXI Arte, led to the publication of the book Paulo Di Paulo. Mondo Perduto, Photography 1954-1968, which was presented at MAXXI in December of last year, and this exhibition.

The exhibition
The exhibition has been organized into sections that intersect and establish dialogues between them, revolving around a reconstruction of the newsroom at Il Mondo, with desks, lamps and pictures of Mario Pannunzio at work with his editors.

The section Company / Rome presents the country emerging from poverty and illiteracy in the immediate post-war period with hopes and contradictions; a country where young veiled women carrying baskets on their heads in Campobasso lived alongside girls in shorts on the seafront of Viareggio, where the farming community coexisted with Ferrari workshops, and donkeys were used as beasts of burden while passengers flew on the new airlines. Particular attention is paid to Rome: Di Paolo photographed the nobility of the city and the sparkling international high society frequenting the capital, working among others with Irene Brin at Harper’s Bazaar, but also the funeral of Palmiro Togliatti, with an old lady in tears in the foreground. Company / World features snapshots of his reporting from Japan, Iran and New York.

Particularly rich sections are devoted to Artists / Intellectuals and Movie, with portraits of painters, poets, writers and movie stars, mostly unpublished and taken for pleasure. Lucio Fontana at the Biennale, Carla Accardi in Rome, Renato Guttuso on the Salita del Grillo, Mimmo Rotella creating one of his take-offs in Piazza del Popolo, Ezra Pound, Tennessee Williams on the beach with his dog, Giuseppe Ungaretti with a cat in his arms, an unusual portrait of Oriana Fallaci “playing” at the diva of the Lido of Venice, Kim Novak in the process of going back to her room at the Grand Hotel, Sofia Loren joking with Marcello Mastroianni in a Cinecittà studio, Monica Vitti and Michelangelo Antonioni walking while reading a newspaper, and Simone Signoret and Yves Montand kissing at the Aventino. Then there are the “impossible” encounters captured for the news weekly Tempo: Giorgio De Chirico with Gina Lollobrigida, Salvatore Quasimodo with Anita Ekberg, Luchino Visconti with Mina, Nilde Iotti with Renato Rascel and Alberto Moravia with Claudia Cardinale. With each of his portrait subjects, Di Paolo created a relationship based on empathy, trust and complicity which made each shot unique and unmistakable: “Many of his photos”, writes his daughter Silvia Di Paolo, “have remained unpublished because they were so intimate that it would have been inappropriate to give them to newspapers.” Like those of Yves Montand in Rome, Oriana Fallaci in Venice and Anna Magnani on the beach.

A particular group of images in the Movie section is dedicated to Anna magnani. Anticipating that the paparazzi would follow her and knowing the courtesy and style of Di Paolo, the star invited him to her Circeo villa and, for the first time, allowed herself to be photographed with her son. Another group is devoted to Paolo Pasolini Pier, pictured at Monte dei Cocci in Rome, thoughtful of Gramsci’s grave in the non-Catholic cemetery, at home with his mother and, in Basilicata, on the set of Il Vangelo secondo Matteo, where Di Paolo was the only photographer allowed to enter. This group leads another, La Lunga Strada di Sabbia, a 1959 portfolio documenting the Italian vacation. Here the review Successo, edited by Arturo Tofanelli, had the idea of ​​an innovative association of Paolo Di Paolo and Pier Paolo Pasolini for the project. One of the most iconic images depicts Pasolini himself walking on Cinquale Beach in Viareggio while observing the young bathers.

In the pictures of Paolo Di Paolo, says Bartolomeo Pietromarchi, director of MAXXI Arte, well-known and anonymous faces reappear from the past in new poses, presenting us with surprising closeness and intimacy, Di Paolo’s lens masterfully capturing moods, characters, vanity and truth.

“In the years of spreading humanist French-style photography, with images and scoops of the paparazzi of Rome ”, explains the curator of the exhibition Giovanna calvenzi, “Di Paolo has found an independent, different and cultivated path. He has the ability to enter the world of art, literature and cinema with a light and sometimes humorous touch. He has a natural gift for seeing an overview of the situations he frames and an ability to situate people in relation to space, in a kind of circularity vision that forces the observer to read his photographs starting with the subject and discovering all the elements that make this subject central and protagonist of a larger story.

A Reader’s Guide to Airplanes, Trains and Automobiles | by Tim Parcs

A powerful collection with many delicacies