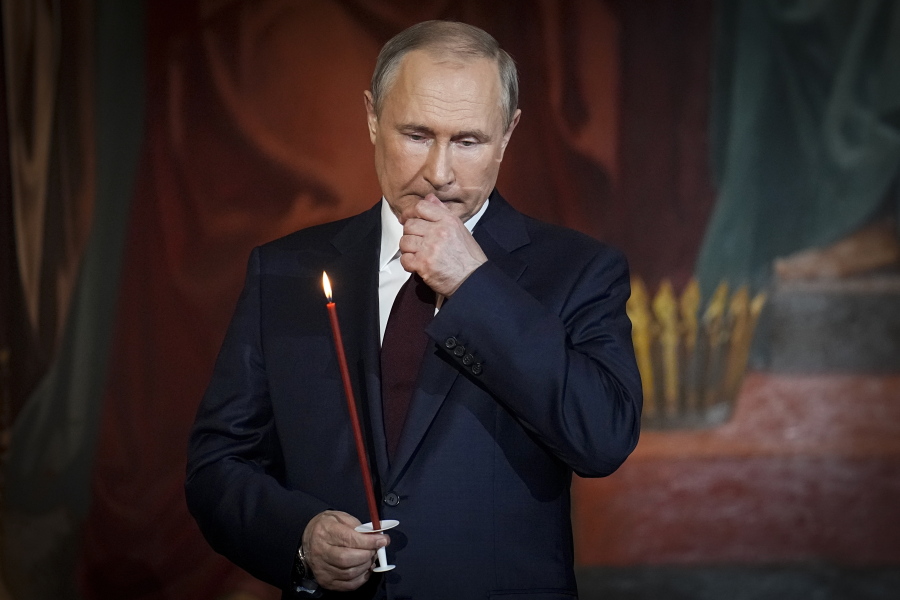 Putin’s journey: from promises of stability to nuclear threats

As he turns 70 on Friday, Russian President Vladimir Putin finds himself in the eye of a storm of his own making: his army is suffering humiliating defeats in Ukraine. Hundreds of thousands of Russians fled his mobilization order and his top lieutenants publicly insulted military leaders.

With his room to maneuver shrinking, Putin has repeatedly signaled that he may resort to nuclear weapons to protect Russian gains in Ukraine – a heartbreaking threat that shatters assertions of stability he has repeated throughout his 22 years of reign.

“It’s really a tough time for him, but he can’t blame anyone else. He did it himself,” said Carnegie Endowment senior fellow Andrei Kolesnikov. big, big problems.”

In unleashing the disastrous war in Ukraine, Europe’s largest military conflict since World War II, Putin broke an unspoken social contract in which Russians tacitly agreed to give up post-Soviet political freedoms in return for relative prosperity and prosperity. internal stability.

Mikhail Zygar, a journalist who had many contacts among the Kremlin elite and published a bestselling book on Putin and his inner circle, noted that the invasion came as a complete surprise not only to the public but also to the Putin’s closest associates.

“All are in shock,” Zygar said. “None of them wanted to see developments go this way just because they were going to lose everything. Now they are all stained with blood and they all understand that they have nowhere to run.

Stanislav Belkovsky, a longtime political consultant with extensive contacts within the ruling class, described the invasion as a mechanism of “self-destruction for Putin, his regime and the Russian Federation.”

As the Russian military retreated under the blows of Ukrainian forces armed with Western weapons, Putin upped the ante by annexing four Ukrainian regions and declaring a partial mobilization of up to 300,000 reservists to reinforce the front line in ruins.

The poorly organized call sparked widespread chaos. The army is struggling to provide supplies to new recruits, many of whom have been asked to buy medical kits and other basics themselves and have had to sleep on the ground while waiting to be sent to the front.

Social media was abuzz with talk of how to avoid recruitment, and hundreds of thousands of men fled the mobilization, flooding Russia’s borders with former Soviet neighbors.

The mobilization, Kolesnikov noted, eroded Putin’s grassroots support base and set the stage for potential political upheaval. “After the partial mobilization, it is impossible to explain to anyone that he stabilized the system. It disrupted the foundations of stability,” he said.

The military setbacks have also prompted public insults from some of Putin’s top lieutenants against military leaders. The Kremlin has done nothing to stop the criticism, a signal that Putin could use it to set the stage for a major top brass reshuffle and blame them for the defeats.

“Infighting between powerful clans in Putin’s entourage could destabilize the system and significantly weaken Putin’s control over the situation in the country,” Belkovsky said.

The worsening unrest marks a dramatic contrast to the image of stability Putin has cultivated since taking office in 2000. He has repeatedly described the turbulent rule of his predecessor, Boris Yeltsin, as a period of decadence when national wealth was stolen by Kremlin-linked tycoons. and the West as millions of people were plunged into poverty.

Russians have eagerly welcomed Putin’s promises to restore their country to greatness amid oil-driven economic prosperity, and they have been largely indifferent to the Kremlin’s relentless crackdown on political freedoms.

Insiders who have studied Putin’s thinking closely say he still believes he can emerge victorious.

Belkovsky argued that Putin hopes to win by using energy as a pressure tool. By reducing the flow of gas to Europe and striking a deal with OPEC to cut oil production, he could drive up prices and increase pressure on the United States and its allies.

“He still believes that he will succeed in the long confrontation with the West, where the situation on the Ukrainian front line is only an important, but not a decisive element,” Belkovsky said.

At the same time, Putin threatened to use “all available means” to defend newly annexed Ukrainian territories in a brutal attempt to force Ukraine and its Western allies to back down.

The United States and its allies have said they take Putin’s threats seriously, but will not give in to what they say is blackmail to force the West to abandon Ukraine. Ukraine has pledged to continue its counter-offensive despite Russian rhetoric.

“It’s the last step for him in the sense that it’s a suicidal decision,” Kolesnikov said. “If he is ready to take the plunge, it means we are witnessing an even worse dictator than Stalin.”

Some observers have argued that NATO could strike Russia with conventional weapons if Putin presses the nuclear button.

Belkovsky warned that Putin firmly believed that the United States and its allies would not dare to retaliate if Russia used a low-yield nuclear weapon in Ukraine.

“If the United States thinks there is no psychological preparation for this, they are mistaken,” he said.

Zygar compared the Russian leader to a fighter pilot who tries to win a dogfight by attacking the enemy head-on and waiting for them to turn away first.

He noted that experts failed to predict Putin’s 2014 annexation of Crimea and the current invasion simply because they used rational criteria.

“Our past perceptions about rational boundaries have all turned out to be wrong,” he said. “There are no such limits.”