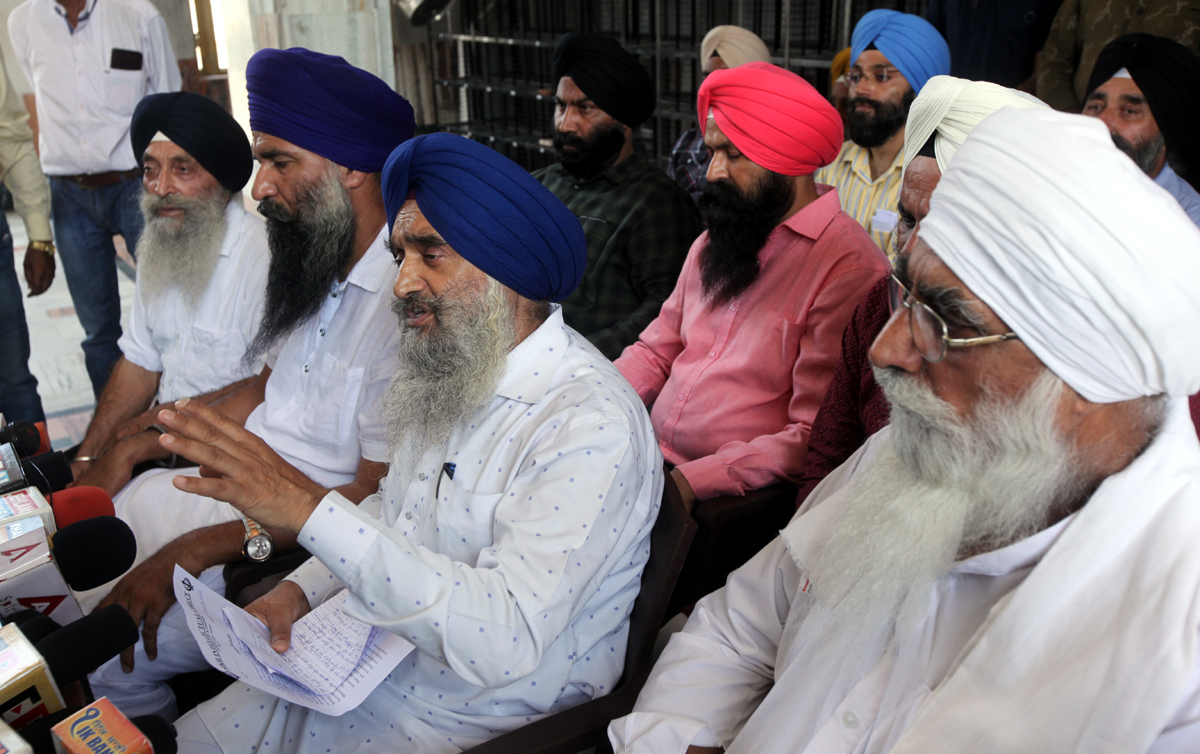 JAMMU, September 19: Various Sikh organizations have today alleged that minority communities, especially Sikhs, are being neglected in the Union Territory of Jammu and Kashmir.
Speaking to the media here today, community leaders from the Sikh Intellectual Circle, Shiromani Akali Dal (Asr), International Federation of Sikhs, Sikh Naujwan Sabha including Narinder Singh Khalsa, Manmohan Singh, Ranjeet Singh and Inderjeet Singh , questioned the indifferent attitude of the J&K government. for the neglect of the Sikh community.
They welcomed the LG administration’s decision to declare Maharaja Hari Singh’s two birthdays a public holiday, but at the same time alleged that demands long projected by the Sikh community are being ignored.
They strongly projected the requirements of implementation of Anand Marriage Act in J&K, introduction of Punjabi language in all schools and colleges and inclusion in government schedule like Dogri and Kashmiri, granting of minority status to Sikhs, the installation of the Baba Banda Singh Bahadur statue in Kunjwani Chowk, justice for the victims of the anti-Sikh riots, employment of young Sikhs on the same basis as KPs, reservation in the Legislative Assembly and resolution of outstanding refugee issues.
These Sikh organizations decided to strive to create a joint mechanism for meaningful negotiations with the administration and serious follow-up.
They said that a Sikh representative Ajit Singh (Head of JKTWA), who was also present when the holiday was declared on Maharaja’s birthday, assured the community to take their issues to the government. Moreover, during LG’s visit to Dera Nangali Sahib Poonch, Mahant Manjeet Singh had recently raised community issues.