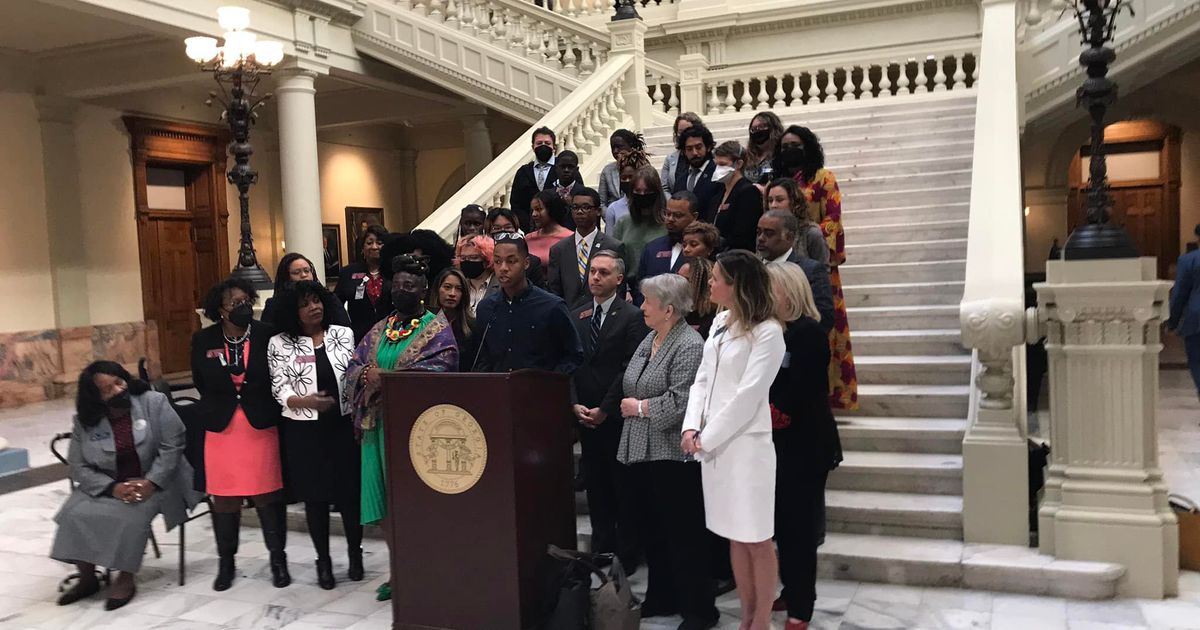 Talk to students before banning books

Ellie Nease, a senior from Savannah, said parents in her community might look over a child’s shoulder at a single passage from a book or accept criticism from other parents. She urged them to read the books themselves.

Even Shakespeare addressed sex, sexual violence, and abuse in his writings, albeit in less direct language, Nease noted. “These issues are real and there is no point in hiding students from them until they are legal adults,” she said. “In schools, kids may be able to talk about some of these things with a peer, a teacher, or maybe even their parents.”

According to Sachdeva, parents reading aloud passages from a popular young adult novel where teenagers use graphic terms to discuss sex don’t realize it doesn’t shock high school students. “It’s the reality. Especially in high school, boys talk about girls as if they were objects. My parents grew up in another country and my mother asked me: ‘Do the boys here really talk like Yes, they do.

Harrison Tran, a sophomore at Savannah High School, said many doomed books featured people of color or LGBTQ characters. “There is nothing inappropriate about being queer, black or a person of color in Georgia and the United States,” Tran said.

Tran wants the protesting parents to acknowledge that the world has changed since they were students. “Parents, of course, always want their child’s best interests, but sometimes that leads them to extremes like book bans,” Tran said. “A lot of these white parents seem to be afraid of diversity and of students learning from perspectives that aren’t their own.”

“The work of groups that organize and advocate for the banning of books in schools is particularly damaging to students from historically marginalized backgrounds, who are forced to live out stories that validate their lives disappearing from classrooms and schools. library shelves,” said Jonathan Friedman, director of PEN America’s Free. Expression and Education Programs and Senior Author of a new report on the rapid acceleration of nationwide book censorship.

The Georgia Legislature passed Senate Bill 226, which expedites the removal of books deemed “harmful to minors” and requires directors to review and decide whether or not to remove challenged works within seven business days. Governor Brian Kemp signed the bill over the objections of school librarians who countered that an effective review process was already in place for challenged books.

Tran and Nease were among the Savannah teenagers who traveled to the Gold Dome in the spring to address the Senate Education and Youth Affairs Committee about legislation banning the teaching of divisive concepts. They registered, prepared their testimony and arrived six hours early, but the committee chair did not allow them to comment, citing a lack of time.

Third-year student at Georgia Tech, Alex Ames helps other young people navigate the political process through the Youth Justice Coalition of Georgia. “I didn’t feel like the students were heard or encouraged to speak up,” she said. “If politicians think they can write policy without hearing from people in schools, it’s much easier to justify bad policy decisions.”

As more Georgian students organize and find allies among teachers and parents, Ames said they become more willing to speak up at a school board meeting or hearing. legislative. And she said students realize, “They wouldn’t try to silence us if we weren’t powerful.

“Amsterdam” is an exemplary work of resistance cinema