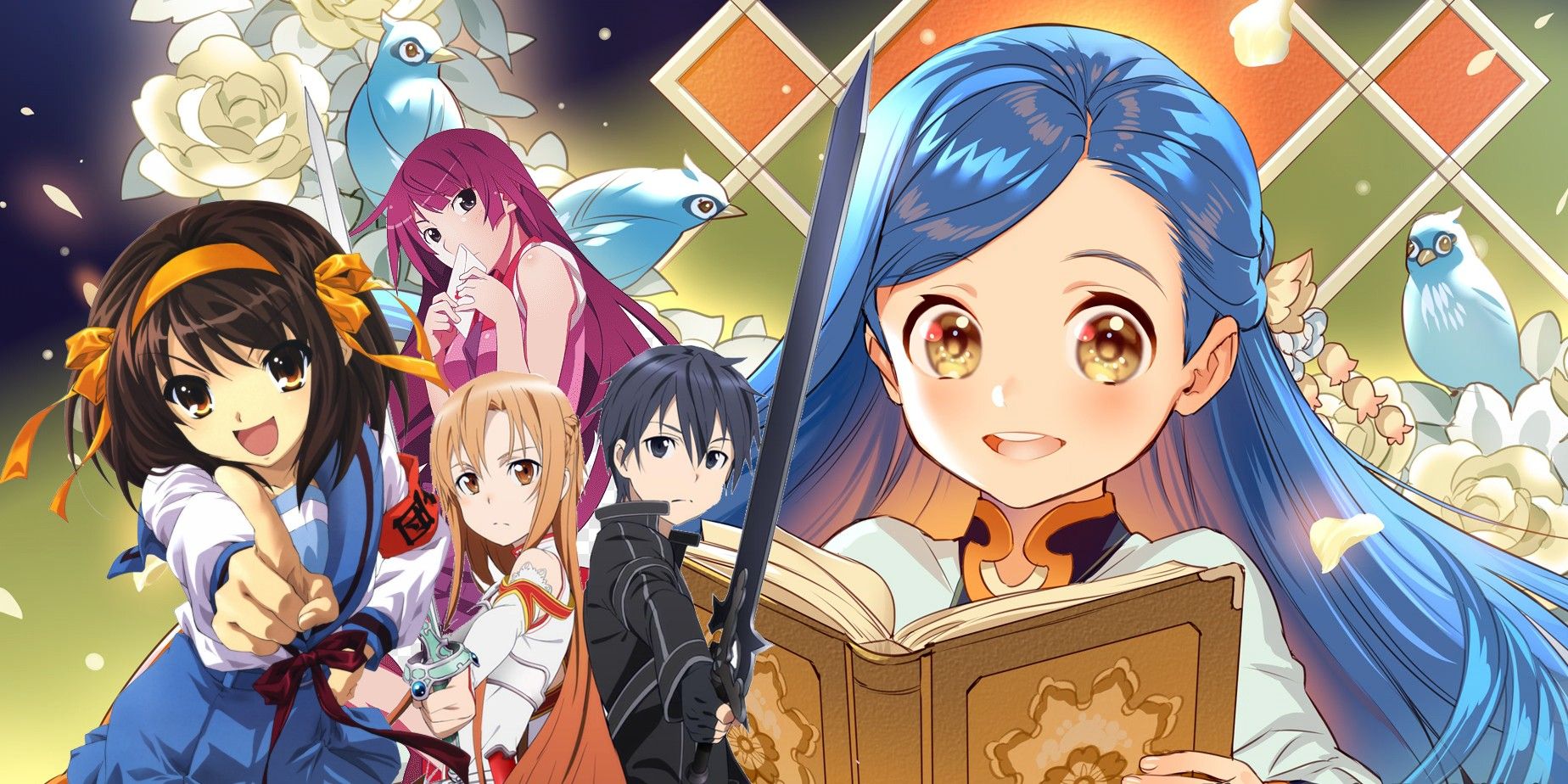 The best places and series for anime fans to start reading

Amid traditional publishing models, many companies are experimenting with ways to distribute light novels that have inspired so many great anime.

Some of the most beloved anime of the past two decades began on the written pages of light novels. Yet even with the interest that has spread around the world in recent years, it can be difficult to find the most convenient and affordable ways to access volumes of your favorite series. Yet many publishers and translators are working hard to spread the written word further than ever. Thanks to their efforts, these works may soon become as widespread as their anime and manga counterparts.

Light novels as they are known today have been around for quite some time. While similar pulp fiction writing existed long before this current trend, the style of anime and manga stories rose to prominence in the 80s and 90s. The term “light novel” itself would be coined in the 90s, calling literary categorization something of its own.

RELATED: Classroom of the Elite: How to Get Started With Anime and Light Novels

Although the medium inspired several early popular anime, it wasn’t until the latter half of the 2000s that these works began to gain international recognition. This was largely due to successful anime adaptations of series such as The melancholy of Haruhi Suzumiya, OreImo and the Monogatari franchise attracting the attention of fans. Yet while some light novels made their way overseas, the vast majority remained exclusive to Japan. Fortunately, the current market has made them much more accessible in the West.

Since the anime industry has seen an increase in shows based on light novels, publishers have also realized Western audiences’ demand for the original source material. Coinciding with the rise of science fiction and isekai series like Sword Art Online, Re:Zero − Starting life in another world and The Rise of the Shield Hero, traditional print versions of their novels have become increasingly available. It’s still the easiest way to buy them today. Many bookstore storefronts like Barnes & Noble, Kinokuniya, and BookOff integrate light novels into their manga sections or place them nearby to meet fan needs.

Of course, since light novels only gained popularity overseas after the advent of the digital age, the internet quickly became another way to find them. Consumers can now easily buy physical copies online through sites like Amazon, Books A Million, and RightStufAnime, with most publishers providing guides showing where to buy almost any work they translate. That said, digital e-books are often a more cost-effective way to purchase these multi-volume series. Although they are generally available on platforms such as Kindle and Google Books, Japanese publisher Kadokawa has also launched an international version of its BookWalker e-book service, where readers can earn points by purchasing them directly.

A company has tried to bridge the gap between book publishing and the catalogs of subscription services like Netflix. Based primarily on the digital edition – but also dealing with physical copies – J-Novel Club offers subscriptions that allow its customers to access a different selection of entire series each month without owning them. Plus, subscribers can read the most recent volume of any title being translated to ensure they can stay up to date with the official releases of their favorite series.

RELATED: Kazuma’s Naofumi Vs Konosuba’s Shield Hero: Who Is The Unluckiest Isekai Hero?

J-Novel Club has amassed an impressive lineup of series that have been made into popular anime, including Ancestry of a bookworm, My next life as a villain and Login Kokoro. Along with that, it also has a huge catalog of light novels that have yet to receive an anime or manga adaptation, each of which is well worth a read. Similar to services like Audible, J-Novel Club’s top subscription tier also grants a monthly credit for a free book and a discount on other purchases, making it easier for readers to purchase their most valuable series at keep forever.

While light novels have definitely become more mainstream among anime fans, it’s clear that publishers and distributors are still testing the waters to find the best way to sell them. With many of the options listed above, audiences can now easily search for original versions of the beloved anime and discover new favorites along the way. Much like the J-Novel Club, the industry is always wide open to new, innovative ways to provide light novels as entertainment. As companies tinker with their ideas on how to do this, the best way to support them is to grab them a book and enjoy.

KEEP READING: Dragon Ball Was Inspired By This Piece Of Classic Chinese Literature

Dragon Ball Super: Why does Gohan become Super Saiyan in the latest trailer?

Chris Nishijima is an anime features writer for CBR. He is a long time follower of the otaku way and still believes that in his hour of need he will either ask a Magical Girl to save him or he will be sent to another world. He previously wrote for Anime News Network in their interest column and worked for ELEVEN ARTS in distribution and promotions.