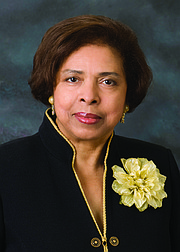 The postponed and rescheduled 2020 Olympics are just a few weeks away. If the Japanese and international Olympic committees can manage a safe environment for COVID, I welcome them. I consider this event to be one of the purest forms of athletic competition. Participants train and compete fairly in a physical prowess test.

If you want, imagine yourself as a participant in the 100 meter final. When you arrive at the starting area, you will find the starting block in your lane 18 meters behind those of your competitors. The race begins with little to no hope that you will overcome the disadvantage placed on you.

To raise awareness of this disparity, an equal pay day is observed. This is the day the average woman has to work in a new year to achieve pay parity with the average man’s earnings for the past year. In 2021, Equal Pay Day was March 24. This date is calculated without taking into account experience or type of employment.

The pay gap between men and women has long been the subject of controversy and debate. Few will argue about its existence, but there is significant disagreement as to the cause. Some would argue that women’s career choices and the stereotypical obligations of “femininity” – housewife, wife and motherhood – reduce their “time on the clock” and, therefore, their resulting income.

Others argue that historically and contemporaneously, women’s work and performance have been undervalued and, among other reasons, employers have systematically practiced paying lower wages in career fields dominated by women. I support the latter position.

Despite the 1963 Equal Pay Act, women throughout their careers continue to earn less than men, and this disparity occurs as early as a year after university. Christianne M. Corbett, senior researcher at the American Association of University Women, co-authored a study titled “Graduating to a Pay Gap”. For university graduates, research has shown that after controlling for variables such as major, occupation, and number of hours worked, women’s pay was 82% of their male counterparts one year later. graduation. In this study, on average, men earned almost $ 8,000 more than women a year after graduation.

Unfortunately, these “averages” do not reflect the wage disparities inherent in taking racial and ethnic differences into account. Women of color face an even larger gender pay gap, according to PayScale. You don’t have to be an Einstein to understand the impact of this pay gap on single mothers and dual-income families.

If the circumstances weren’t bad enough, COVID-19 has had a disparate negative impact on women. Almost daily we learn from the media that the greatest impact of this pandemic has been on women and it is not difficult to understand that those who start further in the race are suffering the most.

An examination of the facts of this systemic discrimination is instructive, but information alone cannot make a difference. As with any other form of discrimination, change can only occur with a major push from the discriminator or those with the power to lead the necessary change. In this case, employers need to evaluate and monitor their policies and practices to ensure compliance with true anti-discrimination goals.

In the absence of clarification from employers, lawmakers must be open to reviewing and modernizing existing laws and policies. Both should work to increase the transparency of compensation practices for the identification and correction of disparities.

Lives depend on it!

The writer is president of the National Congress of Black Women.