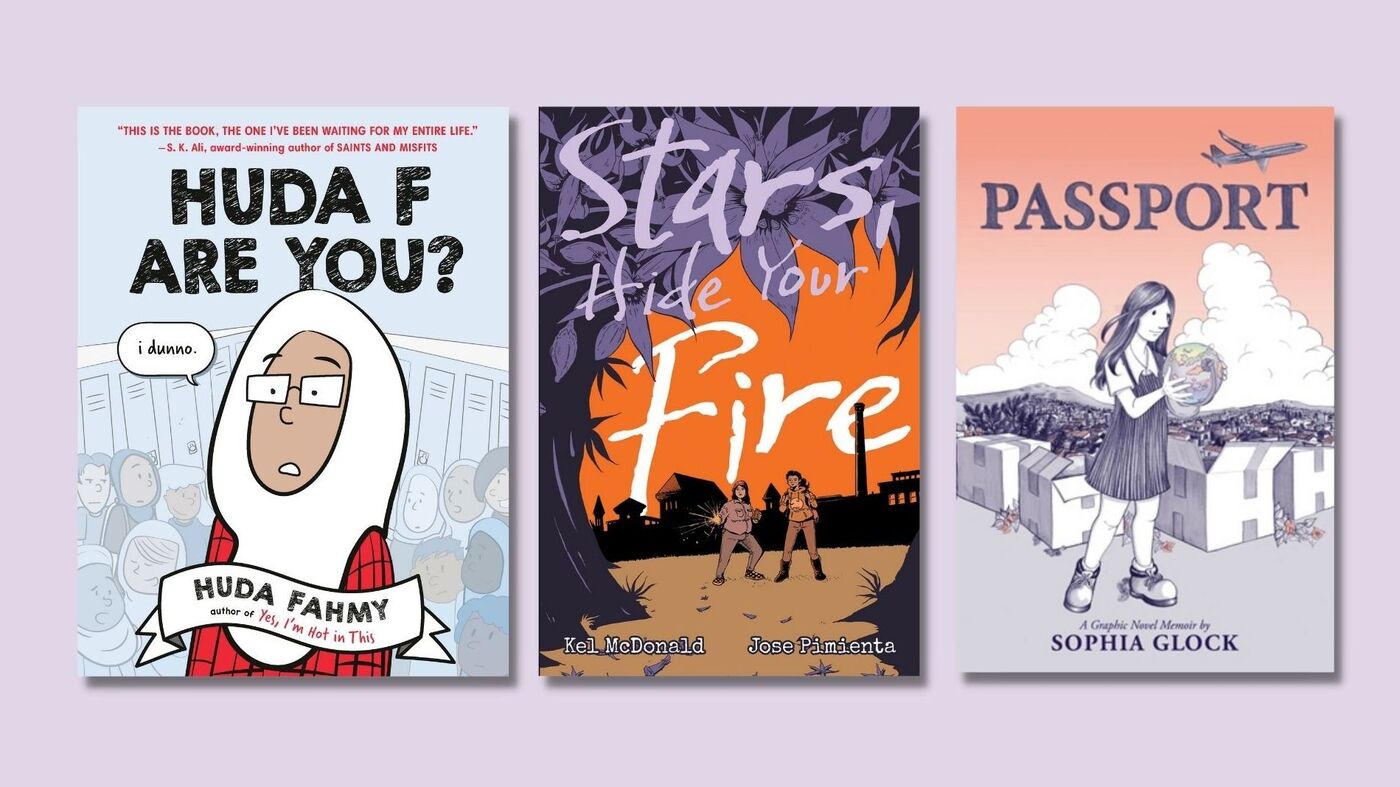 It’s obvious that 2021 has been a banner year for high school graphic novels. Among the flood of titles competing for the eyes of the youth, however, a few stand out this fall for their unorthodox stories, skillful illustrations and powerful themes.

Although their parameters vary – from a post-industrial town in Massachusetts to a series of deliberately anonymous towns in Central America – Sophia Glock Passport, Huda Fahmy’s Are you Huda F? and Kel McDonald and Jose Pimienta’s Stars, hide your fire express similar concerns and concerns. The adventures of their protagonists can be extremely diverse, but they illustrate the great relevance of the adolescent experience – regardless of your age.

Most young adult books grapple with the familiar dilemmas of adolescence: making and losing friends, finding what’s cool this week, managing to exchange a few words with your crush without getting totally into it. embarrassment. For Sophia Glock, these coming of age milestones were mixed in with a number of decidedly unusual events. There were his father’s mysterious trips away from home at night, which he explained as going “to see a man about a horse”. There was the sudden and secretive movements of the family, often from one country to another. There was the letter that Sophia’s sister wrote to her parents from college, which Sophia read when her mother was not looking. “I don’t know how I made such a bad mistake”, writes Sophia’s sister in Passport. “But this guy at school kept pestering me about your job, and I was so frustrated I just said it. I feel bad for telling the secret.”

In this graphic memoir, Glock reveals to the world what “the secret” was: His parents were spies for the CIA. Glock’s story of growing up in the shadow of her parents’ spying seems almost too remarkable to be believed, even interspersed with the normal struggles of a teenage girl. Its simple and unpretentious designs reinforce the feeling of disconnection. Most teens imbue their lives with an inordinate sense of drama. Glock struggled to achieve normalcy in a world whose dangers were all too real.

Stars, hide your fire by Kel McDonald and JosÃ© Pimienta

McDonald’s tale blends elements of realism and fantasy into a decidedly modern take on the supernatural. In the town of Andrea and Darra, the departure of basic industries has left behind the skeletons of once-occupied factories. There isn’t much else to inspire teens’ imaginations, so they explore the towering wrecks and dream of getting out. When Andrea meets a true spirit, the girls must appeal to their ingenuity and deepest values â€‹â€‹to avoid getting trapped in a fatal deal.

Pimienta’s moody artwork breathes life into McDonald’s history. The full-color pages of the book are drenched in lush but pessimistic purples, pinks and blues. It is the palette of adolescent dreams, both romantic and melancholy. Andrea’s mysterious new friend Carmen is also romantic and melancholy, echoing Andrea’s fears and frustrations with eerie precision. When Carmen tells Andrea, “There’s nothing worse than being trapped in a dull, lifeless place,” Andrea instantly nods. The history of McDonald’s is a reminder of how tempting, terrifying, and even otherworldly the future can seem when you are in high school.

Are you Huda F? by Huda Fahmy

The quirky charisma that makes Huda Fahmy irresistible is evident in the title of her first book aimed at teens. Are you Huda F? is an appropriate addition to a body of work which includes Yes I’m Hot In This: The Hilarious Truth About Living In A Hijab and It can be arranged: a Muslim love story. Like its predecessors, Huda F explores the quirks of American Muslim life with an unfailing eye for humorous detail and the occasional dose of exasperation. Here, however, she does not focus on what makes Muslims different – or seemingly different – from non-Muslims, but on the struggle for self-definition that all teenage girls face.

When her parents decide to move to a city with â€œmore community,â€ protagonist Huda F. (whom Fahmy explains is a vaguely fictionalized version of herself as a teenager) finds herself going to school with d other Muslims for the first time. â€œAt least in middle school, I wasn’t invisible,â€ Huda worries. â€œI was Hijabi. It was all I had that made me stand out, and I let it become my whole personality. Now, I’m not the Muslim, I am fair a Muslim, and there is hijabis everywhere. Fahmy’s alluring artwork is the perfect accompaniment to his ironic reflections. By reducing her drawings to a few key lines, she always takes every opportunity for visual jokes. Teenage readers – and any adult who takes the time for this charming read – will instantly relate to Huda’s quest to find themselves.

Etelka Lehoczky wrote on books for The Atlantic, the Los Angeles review of books and The New York Times. She tweets to @EtelkaL.