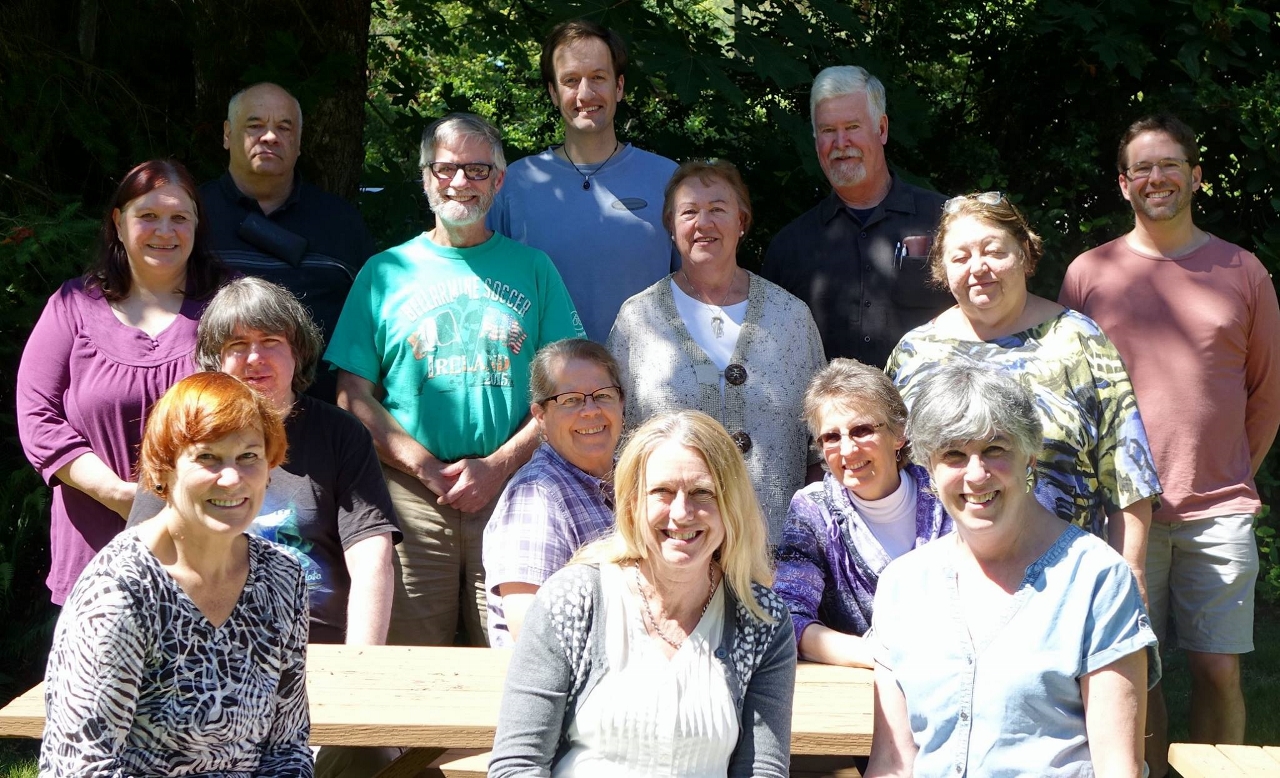 Local author and acupuncturist Carol DeMent thanks The Guild for helping her master the writing of her award-winning debut novel, “Save Nary», a story of Cambodian refugees resettled in the Pacific Northwest. “I tip my hat to the guild for helping me understand the structure of a novel,” says DeMent. “I learned the inner workings of a well-crafted novel. I learned the trade. It was very interesting and the reviews were very helpful. DeMent is the guild treasurer and is currently writing several chapters for her second historical fiction novel.

Frank Lambirth, a retired creative writing teacher and author of 34 books of suspense, mystery, and horror, founded the guild in the mid-1980s. Lambbirth also wrote and edited other people’s books. Lambbirth led the guild from his home in Olympia until his death in February 2007.

“Frank was a colorful character,” says Hal Dygert, Olympia author, retired lawyer and geologist and current president of the guild. Dygert has been with the guild for over 30 years. Dygert writes detective novels, using familiar settings such as the Columbia River. Dygert is working on publishing his latest novel.

Rightly, Dygert says there is a bit of mystery as to Lambirth’s early years. Although Lambirth did not divulge details, he had suggested that he may have worked in national security at some point. His obituary refers to his mapping work which was for the former Department of Defense sub-agency, which prepared National Intelligence Studies from 1941 to 1968. Lambbirth may have drawn upon some of these memories in his books , in a commercially viable manner and without revealing secrets. “He wrote a few books under his own name and others under pseudonyms,” says Dygert. “He saw these [pseudonyms] as salable property. He would develop the property and then resell the pseudonym. It had value. »

While Lambirth focused on the creative side of the book-writing process, Dygert says Lambirth’s wife, Pat, handled the business side. “His wife was the businessman, he was the creator,” says Dygert.

Laura Swan, author of contemporary and historical fiction, agrees that Lambbirth was memorable. “He was quite the storyteller,” she said. “He was a gifted teacher.” Swan is a member of the Benedictine community in Saint Placid Priory in Lacey. Swan is the past president of the guild and manages its online presence. Swan also wrote books on female spirituality. After Lambirth’s death, the guild moved its meetings to the priory, although with COVID-19 they moved online via Zoom.

Lambbirth was familiar with the remarkable and rigorous Iowa Writers Workshop, organizing the guild with this approach in mind. He divided the guild into a novice class and a critical group. The Novice class teaches internal structure techniques for planning and producing long-form commercial fiction in the mainstream, action/adventure, literary, historical, fantasy, alternate history, and mystery genres. The novice class is for serious writers and takes several months to complete. A writer must complete the novice class before graduating from the critical group.

The review group is made up of authors who plan, execute and market their manuscripts. The group meets weekly to provide feedback and critique others’ writing projects. Patricia McClure, vice president of the guild, says the review group can be a challenge for some writers. While the group’s contribution to writers’ manuscripts isn’t personal, McClure says authors often use parts of their own lives in their books so that other authors’ comments can feel personal. “There are pieces of us in those,” she says. “You have to grow a skin.” Her three-book series and its prequel take place in a fictional abbey in eastern Montana.

DeMent is one of the writers who completed the novice class, published a novel, and is currently part of the review group. DeMent and Swan say the guild’s two-step process taught them to be better writers, reviewers and readers.

On occasion, the guild invites well-known authors to speak. Best-selling thriller writer Hallie Ephron was one of those guest speakers. She is part of the Ephron writers’ dynasty as the daughter of screenwriters Henry and Phoebe Ephron (“Carousel” and “Desk Set”), and sister of Ephron sisters Nora (“When Harry Met Sally”), Delia (“You’ ve Got Mail”) and Amy (“A Cup of Tea: A 1917 Novel”). Although no guest speaker is currently scheduled, Swan said the guild hopes to revive this effort in the future.

These heroes demolish the cliché of the conformist 50s

Tamara de Lempicka: all about her