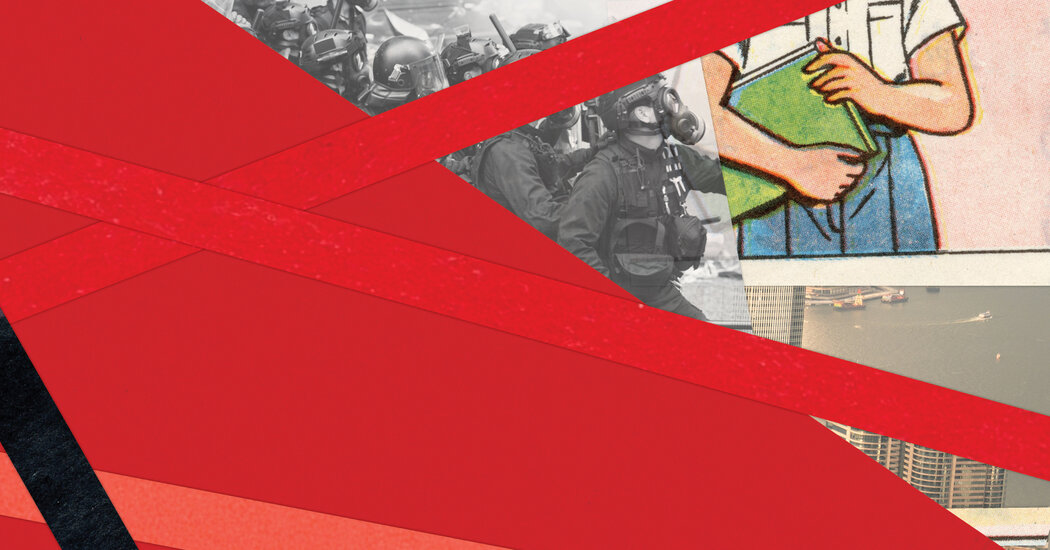 The Varieties of Chinese Repression

FREEDOM
How we lose it and how we fight back
By Nathan Law with Evan Fowler
240pp. The experience. Paper, $15.95.

The dismantling of Hong Kong has long been one of the most painful disasters in East Asia. In recent years, the city has indeed caught fire: booksellers kidnapped, student protesters beaten, the free press stifled, the electoral law changed to guarantee that only “patriots” can run for office. As 2021 drew to a close and Beijing’s hawks took control of the legislature, statues commemorating the Tiananmen Square massacre were carried off college campuses. “How has Asia’s most liberal, open and cosmopolitan city… changed so fundamentally?” asks activist Law in this philosophical memoir, written from exile in London. “How was a flourishing and free society undermined from within?

Never a particularly political kid, Law remembers attending his first wake as a teenager and crying over the pamphlets. At the time of the famous Umbrella Movement protests in 2014, Law was a student activist, peacefully organizing for electoral reform; three years later, after winning the job by sweeping the margins at age 23, he was retroactively disqualified and thrown in jail. In 2014, writes Law, “riot police were deployed against a generation in Hong Kong that knew no violence”; In 2019, the year of Hong Kong’s biggest protests to date, some protesters carried farewell notes to their families in case they were beaten to death. Law left the following year. Today, all Umbrella Movement organizers have been jailed or fled overseas, claiming that ‘Free Hong Kong’ is a criminal offense and ‘people are being arrested for possessing stickers’.

Part memoir, part speech, the book often dissolves into vague eulogies to “the flame of freedom” and benchmarks on the rule of law. “Freedom” could have been stronger had it explored Hong Kong through the prism of Law’s own story. In the 1990s, his father traveled from Guangdong to Hong Kong on a flat-bottomed boat; the rest of his family followed two years after the handover in 1997. “Since 2014, I have been regularly arrested,” Law writes calmly at one point, an understated illustration of how much has changed in the city, and still might.

HOW I SURVIVED A CHINESE “RE-EDUCATION” CAMP
The story of a Uyghur woman
By Gulbahar Haitiwaji and Rozenn Morgat
Translated by Edouard Gauvin
256 p. Seven stories. $26.95.

Haitiwaji should never have been back in Xinjiang to begin with. She left her native country in 2006, seeking asylum in France three years before the Urumqi riots sparked an infamous crackdown. Mined and monitored in China, the family flourished in Boulogne. What brings Haitiwaji back to 2016 is a mysterious phone call asking him to come back and pay his pension. Despite everyone’s reservations, she does.

Hours after landing, police confront her with a photo of her daughter Gulhumar at a Uyghur separatist protest in Paris. With this, Haitiwaji – a mother in her 50s – is accused of fraternizing with terrorists and sent to a re-education camp. A fellow prisoner “was accused of selling banned religious CDs,” recalls Haitiwaji. “Others had attended a wedding where no alcohol was served.” Women are herded into cells, fed cornstarch diluted with water and sent to classes where ‘trembling old women and tearful teenage girls’ are taught to glorify propaganda and slapped in the face . Back in France, Gulhumar mobilized politicians and journalists. In 2019, two years after a seven-year sentence, Haitiwaji was repatriated to Paris.

Haitiwaji recited her story to Le Figaro journalist Morgat, who takes some liberties to flesh out a first-person memoir. (We doubt that Haitiwaji told him that “laughs mingled with the clink of dishes, a wild symphony playing on the melodies of lutes”, or that two organizations “had the mandates of their outgoing administrators renewed in 2018 for three and four years.”) The book is most valuable as a testimony. For the Uyghurs, says Haitiwaji, the camps are “a kind of urban legend”, made mythical by the silence: “If nobody talks about it, then the camps are not real”. His memoirs, dedicated “to all those who have not survived”, contribute to a rich and painful memory that continues to grow.

THE SUB-PARCEL
What China Reads and Why It Matters
By Megan Walsh
136 pages. Columbia Global Reports. Paper, $16.

Freedom of speech – and, in less lofty terms, the freedom to make juicy fiction – has long been at war with the regime’s urge to “tell China’s story well”, which Xi Jinping has said. urged both artists and diplomats. As writer Han Dong shrugs in a poem, describing flowers squinting through the smog: “Even if I see them, I don’t remember / Even if I remember, I can’t write About them.”

“‘Banished in China’ is too often the baseline of what is or isn’t worth reading,” observes journalist Walsh in this lively and lucid investigation of contemporary Chinese fiction. What Walsh calls “this intrusive relationship between grand narratives and personal narratives” can reduce reading, especially among Western audiences, to its least interesting question: is it for or against the party? OK, but what about the characters or the plot? Walsh promises us a glimpse of something deeper: “a confused and complex tapestry that offers a seductive impression of Chinese society itself.”

Walsh covers the basics in passages about Yan Lianke, Yu Hua, Can Xue, Su Tong, and other titans of the past 20 years in Mainland fiction. Known for their nightmarish and often grim parables, these writers create dreamscapes where remembrance is, at worst, a prosecutable offense – in Su Tong’s ‘Shadow of the Hunter’, an old man “is institutionalized for having dug the streets in search of the memory of his ancestor”. bones” – or just plain boring, a point Yan Lianke pokes fun at in a novel where a teenager compares his work to “abandoned graves”. But the scope of Chinese fiction is broad, as is that of Walsh. She explores alternative comics; martial arts fiction (banned in Mao’s time: how could there be vigilante warriors in a communist utopia?); the poetry of migrant factory workers (“after it happened, she / didn’t cry and didn’t / scream, she just grabbed his finger / and left”); the online fantasy sagas (their heroes are “shameless” and “bordering on sociopathy,” Walsh notes dryly) devoured by half a billion readers; and increasingly exportable Chinese science fiction. Walsh delivers a tongue-in-cheek cornucopia, inviting general readers unfamiliar with Han Han’s Mo Yan.