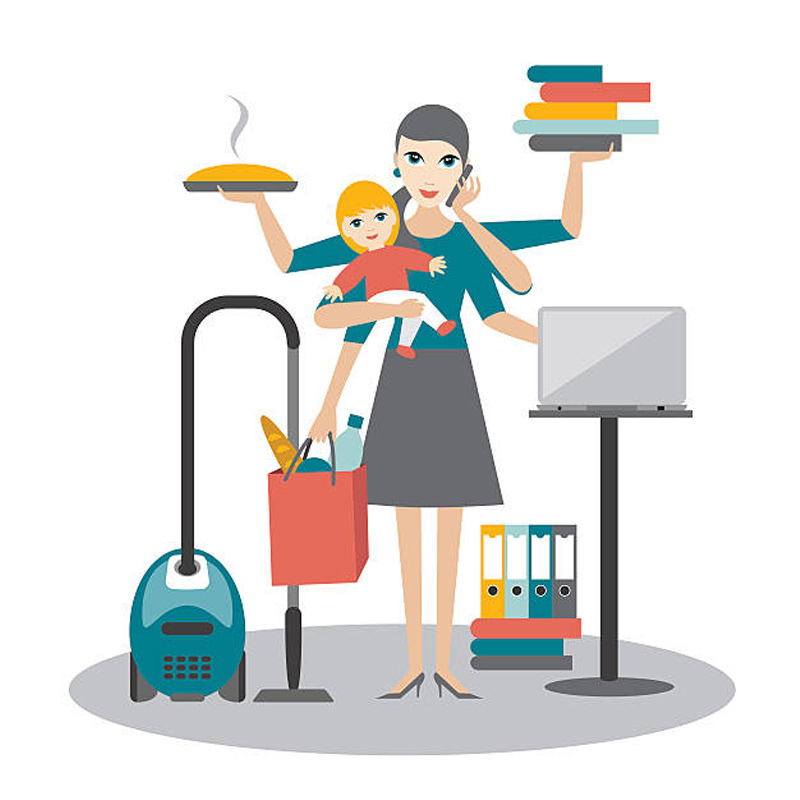 This Mother’s Day, Let’s Do “Super Moms” a Favor, Take Them Out

Come Mother’s Day and we’re inundated with ads featuring heroic, sacrificial multitasking mothers, juggling an overabundance of tasks while managing both work and home very efficiently, building the image of a superhuman or deity symbol with multiple pairs of hands. Brand after brand, ad after ad, repeats the same tired tropes of a “super mom” who effortlessly “does it all” or plays the role of the selfless embodiment of virtue and goodness in an effort to keep the machinery going. domestic well oiled and in good running order.

In a damning indictment of how we treat our women as a nation, a 2011 Nielson survey found that women in India are the most stressed of all. The 21-country study measured stress by asking women questions such as “if they often felt pressed for time”, “if they rarely had time to relax”, “if they felt stressed/ overworked most of the time”. An overwhelming 87% of Indian women said they felt stressed most of the time, and 82% had no time to relax.

Ten years later, a cursory look at our adverts and campaigns rolled out ahead of Mother’s Day clearly shows that little has changed in women’s lives, while presenting a possible indicator of why this is. thus.

Lifestyle and mobile accessories brand KDM released a “Karo Dil Ki Marzi Mummy with KDM” video ahead of Mother’s Day, which begins with a young girl introducing her mother who is talented but sacrificed her dreams for the good of his family. The film shows the mom busy dusting, cleaning, cooking and having no time to follow her passion. The main objective of the campaign is to pay tribute to all “selfless mothers who must also listen to their hearts while carrying out their work”. The ad, which likely has its heart in the right place, unfortunately chooses to play gallery with all the mommy stereotypes in place.

A recent LG Dishwasher ad, while not strictly a Mother’s Day campaign, takes us back to the 70s era or even earlier with its trademark film and slogan “Love wife, Love LG Dishwasher”. Circa 1982, Prestige pressure cooker advertisement, anyone? Vintage advert for pressure cooker brand Prestige had a similar sentiment to sell their brand of pressure cookers- “Jo Biwi se kare pyar, Woh Prestige se kaise kare inkaar”! And at first glance, time has stood still for the LG dishwasher commercial!

Flashing back to 2022, LG’s latest depicts a seemingly modern urban couple beginning their marital journey. The film goes on to show the new bride struggling and working on a pile of dirty dishes. That is, until her knight in shining armor – the husband, decides to save her from catastrophic fate by giving her an LG dishwasher. The commercial’s voiceover ends with a, believe it or not: “Not only take care of your dishes, but also of your wife’s hands!” slogan, clearly implying that it’s only the wife’s job to keep the dishes dirty “spic n span”. If only the marketing team of the brand had a “modern” thought to accompany the modern functionalities of which it speaks, integrated into the machine!

If you thought that was an outlier for the brand’s dishwasher campaigns, there’s more. In another commercial from the same series, the film names the husband as “the best husband in the world” for being kind enough to give his wife an LG dishwasher. The ad goes on to commission the brand itself as “The True Symbol of Love and Care” for “Keeping Your Wife’s Hands Soft and Beautiful Like Ever”! Coming from a multinational conglomerate, and one of the big names in consumer electronics and home appliances, we might have expected better. But alas… that was not the case.

Much has been said about equal parenting, but the truth remains that somehow women end up with a greater share of work at the domestic level and such advertisements and brand campaigns further deepen the trope of a woman- managing everything perfectly does not help!

In a slightly refreshing fashion, Prega’s latest information campaign seeks to break the stereotypical image of a “perfect” mother while acknowledging that a mother may be humanly imperfect and not excel in all the roles defined by society. The brand, in its latest Mother’s Day campaign, depicts a working mother feeling guilty because she feels like she’s let her baby down. The film goes on to highlight the message that mothers don’t need to be perfect all the time and “embrace a mother’s imperfection with the #SheIsImperfectlyPerfect campaign.”

On the other hand, the brand’s pregnancy detection campaign for International Women’s Day 2022 seems to be at odds with the Mother’s Day message. He talks about the same tired trope of celebrating “the limitless spirit of womanhood with his message #SheCanCarryBoth,” where he spells out “the enormous strength of women who don’t shy away from any form of responsibility.” Here, the brand attempts to examine through the life journeys of four women passing through a railway waiting room, whether being a mom while being “extremely rewarding” weighs on her ambitions and her dreams ? While the concept and intent behind the campaign is to be commended (as it says, “It’s time to break free from societal naysayers and trust the women that #SheCanCarryBoth!”), the ad ends by glossing over the challenges new mothers face trying to manage baby, home and career on their own, with dads, as usual, nowhere in the picture.

However, to be fair, the brand has in the past highlighted significant issues faced by women through its advertisements. He even shed light on an important topic such as postpartum depression (PPD) and how new mothers deal with it, in his 2018 campaign highlights how harsh a reality PPD is and how we , as a society, can help mothers deal with it by being understanding and empathetic.

But unfortunately, these ads are the exception rather than the rule, and the bulk of the ads still portray women and mothers in conformist avatars. This, while adding to the not-so-subtle societal pressure on women, also takes away the guilt of the rest of the household doing their part to lighten the load on a single individual.

We are in 2022. Is it high time to remove the “super-mom” from our advertisements? And bring them down from the superhuman “divine” pedestal we bestowed on them only to weigh them down with the crown of our expectations? Keep hoping.