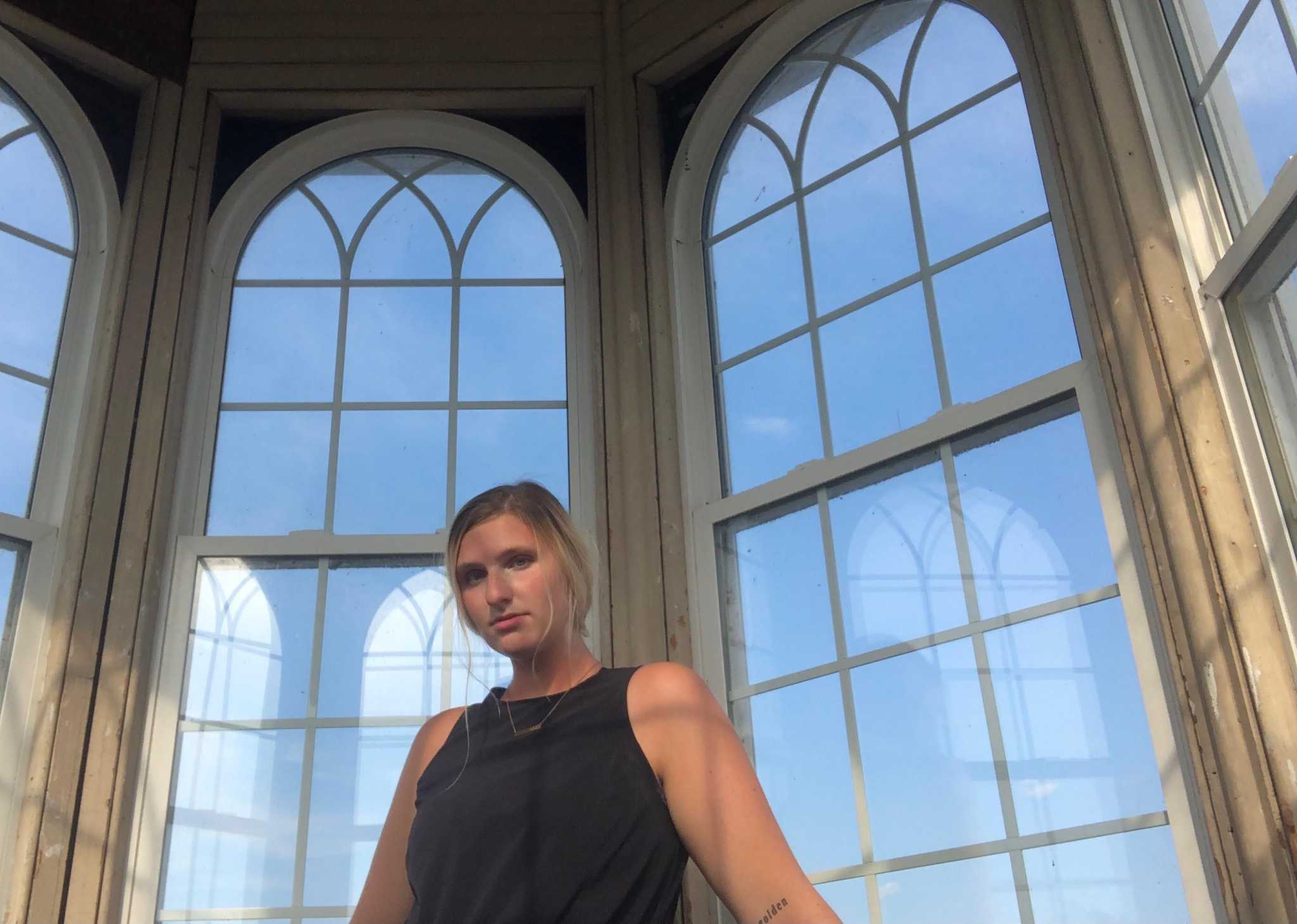 A University of Connecticut student’s protest over the school’s handling of her sexual assault case has sparked further protests on campus and a walkout is scheduled for Wednesday.

Alexandra Docken stood in the rain on the Storrs campus last week, holding two signs criticizing the school’s investigation of recent sexual assault allegations, including her own.

In an interview with Hearst Connecticut Media, Docken, 20, said she filed a Title IX lawsuit with the school after she was sexually assaulted by a student at an off-campus party in August 2021. But she felt discouraged by the school’s investigation into her application and believes there should be “major changes” in the way these cases are handled.

Docken, who is from Cockeysville, Maryland, said she plans to stay vocal until “real change is seen.”

“I never had anyone to defend me,” she said. “I was left in the dark and didn’t get a lot of information on how the proceedings were going.”

Stephanie Reitz, a UConn spokeswoman, said the school could not discuss individual students or cases and declined to comment on how the investigation was conducted and whether police were involved.

“Federal student privacy law prohibits us from disclosing anything about individual students or investigations,” Reitz said.

Reitz said police investigations of off-campus incidents are handled by the Connecticut State Police. A state police spokesperson said the agency has not conducted an investigation “for incidents of this nature” in relation to the Mansfield home where Docken said the alleged assault took place. place.

Reitz said the school is “committed to providing a safe and supportive environment on all of our campuses and has implemented a range of strategies and practices to pursue this mission.”

On the UConn website, there is a section dedicated to where and how to get help and support regarding sexual assault, domestic violence, and harassment awareness.

Reitz said the university “has a robust system in place to respond to reported incidents, address sexual and interpersonal violence and harassment, and provide support.”

However, Docken said she felt not enough had been done for her, but was encouraged by the response she received from her fellow students after the picture of her holding the signs last week generated more than 72,000 likes and 9,400 comments on Instagram.

A few dozen students have since gathered twice to protest for Docken and she plans to join them for an 11 a.m. strike on Wednesday outside the Rowe Center for Undergraduate Education.

“Everyone has an impact, even if they don’t know it, and if we all come together – to protest, email or write a comment, it will eventually add up until the administration can’t ignore it anymore,” she said.

Docken said she felt discouraged by the school’s findings, so she did not appeal or file a police report.

Docken shared with Hearst Connecticut Media several pages from the school’s investigation report into her sexual assault complaint. The documents contained his account of what happened, his answers to follow-up questions from an investigator, and part of the investigation’s conclusion.

Docken said she did not feel comfortable sharing the full report, which she said included accounts from the male student and witnesses who provided statements on behalf of the two students.

UConn declined Hearst Connecticut Media’s report request, citing the Family Educational Rights and Privacy Act, which prevents the school from disclosing “records believed to be personally identifiable to a particular student or students, except in very limited circumstances.” .

According to portions of the report provided by Docken, the investigating student conduct officer determined that there was “insufficient evidence” to show that the student had violated the school’s code of conduct. ‘school.

The investigation concluded that it was “undisputed” that the two students entered a room together at the off-campus home on August 26, 2021. However, once the two students were inside the locked room, their accounts of what had happened were “different”. “, says the report.

“Furthermore, there were no witnesses present in the room or any other information to corroborate the statements of either party,” the report said. “As such, and in the absence of other information available to the Investigator, the Investigator is unable to determine, based on the preponderance of the evidence, what alleged behaviors occurred in the room on the night of August 26, 2021, between Student 1 and Student 2.”

The university’s student code refers to maintaining a set of moral values, including sincerity, honesty, integrity, and respect for others. As part of the code, the university says it “affirms its commitment to fostering a community that condemns all forms of discrimination or acts of intolerance, including sexual harassment, bullying and retaliation.”

The university noted that it uses a trauma-informed approach that allows affected students to decide whether they want to participate in an investigation or a hearing. If the student refuses, “it only takes place in limited and specific circumstances”.

“However, even in cases where a student does not wish to pursue an investigation, UConn always takes reactive or preventative action and always prioritizes support services,” the school said.

In 2014, UConn settled a federal sexual assault lawsuit for nearly $1.3 million after five female students alleged the college was indifferent to sexual assault and violated their rights to equal protection. The college also promised to reform policies to better handle rape cases.

As news of the Docken protest spread over the weekend, UConn Acting President Radenka Maric wrote a letter to the school community on Sunday, addressing sexual assault and domestic violence on the campus.

“UConn abhors sexual violence in all its forms and does everything in its power to provide victims with compassionate care, resources and much-needed support in the face of their trauma. … We must work together to continually shape a culture on our campuses that is rooted in respect, awareness, mutual support, and an extreme intolerance of any form of sexual violence,” Maric wrote in the letter.

Maric said he and Dean of Students Elly Daugherty will bring together students, staff and faculty to assess educational programs for students, how the university supports those affected by sexual violence and its processes around assaults. sexual and domestic violence.

The university reported nine cases of sexual assault — seven rapes and two touching — on the Storrs campus in its 2020 Clery Report. This report refers to crimes that occurred on property the university owns or controls and on public property immediately adjacent to campus. The school says the report is its “most reliable indicator of sexual abuse”.

In a separate report, required by the state, the university said there were 80 reported sexual assaults, 16 cases of harassment and 70 cases of intimate partner violence in 2020.

Of the 80 reported sexual assaults, the report says 22 were deemed to be directly school-related, leading the university to conduct three investigations. The university found “no violations” or the alleged perpetrator “is not responsible” for these incidents, the report said.

UConn has also launched an investigation into one of 70 cases of intimate partner violence. The perpetrator was found liable and received probation and/or a written warning, according to the report.

The university said this report “has much broader parameters and therefore larger numbers,” including incidents “unrelated to UConn, incidents that occurred before the reporting year, or other circumstances that prevent UConn to intervene in an application role”.

“UConn will always do its best in terms of education and awareness; hold accountable those found responsible for misconduct; focus on the impact of trauma on mental health; and responsiveness to survivors,” Reitz said.

“We need more resources,” Mir said. “But we also need to make these resources accessible.”

Those who have experienced sexual assault can speak to specialists for help, information, advice, or a referral by calling the free, confidential National Sexual Assault Hotline at 800-656-HOPE ( 4673). Those who wish to chat online with trained specialists, which is also free and confidential, can also visit www.RAINN.org/Get-Help. Help is available 24/7.

Stories of Wajida Tabassum I An excerpt