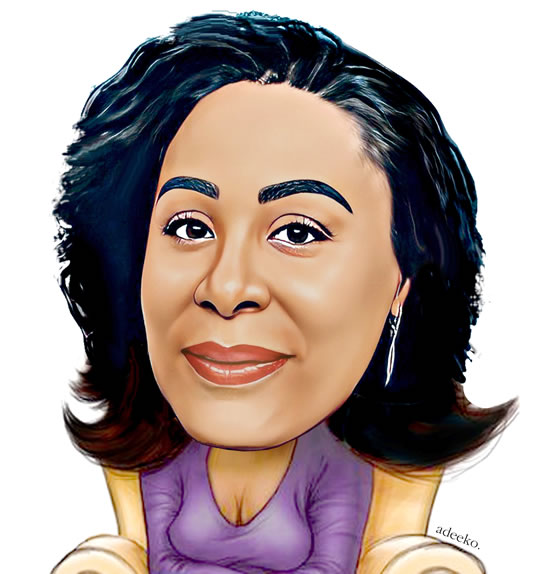 The Empire responded this week as the world mourned the passing of Queen Elizabeth II. Uju Anya, a Nigerian-American linguist, sparked a global firestorm when she tweeted, usually avoiding commas: “The chief monarch of a genocidal thief and rapist empire is finally dead. May his pain be excruciating. Millions of people around the world were appalled. Her employers, Carnegie Mellon University, were quick to issue a rebuttal, stating, “The views she held in no way represent the values ​​of the institution, or the standards of discourse we seek to promote.” But Anya stuck to her guns, saying “Queen Elizabeth was representative of the cult of white womanhood” and that even “the crowns she wore were plundered and plundered from the lands they mined and extracted”. She then added for good measure: “The whole treasury is a legacy of theft that was achieved through murder, through slavery, and it didn’t stop after independence.”

And she wasn’t the only one making fun of the British monarchy. In Oxford, a man shouted: “Who elected him? to the new king. And in Edinburgh there were people who called him “a sick old man” and called for the abolition of the monarchy, perhaps because the royal family was costing taxpayers $100 million a year, and the king Charles would inherit the Queen’s $500 million fortune without paying inheritance tax. The king was friends with Jeffrey Epstein, the late American business tycoon who allegedly supplied pubescent girls as sex toys to wealthy friends, including Her Majesty, who had to donate to an alleged victim’s charity. In South Africa (along with the maverick Julius Malema) and other parts of the Commonwealth, former victims of British brutality have railed against the memory of Her Majesty. And, what’s more, critics at home and abroad had an ally in outlets such as Aljazeera, which reported Her Majesty’s proceedings with the same sneering, dismissive tone that CNN, BBBC, New York Times and co normally hail the deaths of African leaders, except of course benevolent ones like Nelson Mandela.

Anya, criticized by thousands of enraged Westerners, was irreverent, but the accusations against Britain, which at the height of its power ruled a fifth of the world’s population and a quarter of its total area, are legitimate. During the Second Boer War (1899-1902), British soldiers herded one-sixth of the Boer population into camps, causing the death of 27,927 of the estimated 107,000 people interned in the camps. On April 13, 1919, hundreds of protesters against British colonial rule in Amritsar, India were slaughtered in the most brutal manner, as were thousands of Kenyans who were raped and tortured during the Mau Mau uprising (1951 -1960). Between 1952 and 1960, the British hanged over 1,090 suspected Mau Mau rebels. Electric shocks, cigarettes, fires, broken bottles, gun barrels, knives, snakes, vermin and hot eggs invaded the men and women. Weep not, child by Ngugi Wa Thiong’O is useful here. In 1943, up to four million Bengalis starved to death as Winston Churchill sent food to British soldiers and countries like Greece, while a deadly famine brought Bengal to its knees. Sir Churchill said: “I hate Indians. They are a beastly people with a beastly religion. The famine was their fault because they reproduced like rabbits. The list of atrocities is long and Kenyan victims of physical torture only obtained a favorable judgment from a British court in 2011: the court granted them the right to seek compensation. Some Kenyan tribes even sued the Crown last month. The British were heavily implicated in the genocide that accompanied the Nigerian Civil War.

Anya’s post, perhaps inevitably, has been seen widely through color lenses in the United States and elsewhere. Her message, critics said, was clearly anti-white, and so people in the United States who would normally disregard the monarchy saw Anya’s bile as directed against whitedom. Ethnicity is no trivial matter: when the Soviet Union collapsed, it was in ethnic rather than political/ideological cocoons. But the fire-breathing, well-traveled citizen of the world who’s “slept with enough women to know that a natural, normal, achievable condition for women is easily 10 to 15 orgasms per sex session,” who doesn’t seem unable to overcome her troubles as a child, and who, in pursuit of “freedom”, had to get rid of Catholicism, which she accused of being anti-woman and patriarchal, for traditional African religion, could not be disturbed. A woman who described her father as a “womanizer, an absolute harlot” who abandoned her mother for a mistress when she was just 10 years old, and had to experience marriage with the man whose she had two children only to discover that she was not bisexual but a lesbian, not one to be bothered by niceties like civil speech.

However, the question of basic civility cannot be evaded. Anya fired war shots in peacetime. Wishing anyone an “excruciating death” is venomous, anathema in good company. The wish is made even more absurd when one realizes that all human beings die, good or bad, and that the death of an oppressor is often irrelevant: Adolf Hitler is dead, but not his murderous ideology. A far more profitable line of discourse is how Britain currently pursues its project of hegemony, not what it has (not) done in the past. Also, from a cultural perspective at least, holding Anya up as an advocate for black rights can be rather reckless: she’s like Black Lives Matter activists who claim to be against the indiscriminate killing of black people by white police. racist, but then stage violent acts. appears when the Supreme Court issues a pro-life judgment. If black lives really matter, why not black pregnancies? Africa is not helped by Anya’s lesbianism and, in any case, of all African countries, her native Nigeria, in an opinion poll, had the highest level of opposition to LGBTQIA advocacy, and for good reason.

Anya’s posts aren’t just those of a social critic and irreverent writer; they give the impression of strangeness even if the author is widely accredited as a professor (lecturer) in an American university. Take this one about Igbo men, for example: “Well, if anyone knows anything about sucking someone’s life, it’s an Igbo man.” This generalization is childish to say the least. Exactly how do Igbo men as a group suck the life out of their wives? When the admittedly controversial Pastor TB Joshua of the Synagogue Church of Nations passed away, here’s what Anya wrote: promises he couldn’t save himself from. She then added: ‘I don’t owe the family or the people who loved TB Joshua my respect or my silence about all the hurt he caused. Just because they’re mourning a monster doesn’t mean I should. The impression is given here that T. B Joshua might have saved himself from death had he not been wrong.

The African past, at least as history teaches us, was not all glory; he had (female) men guilty of the same charges against the deceased queen. On September 15, 2009, the late Chief Gani Fawehinmi’s elder brother, Justice Rasheed Fawehinmi (rtd), told the Nigerian Tribune of Lisa Alujannu of the Ondo Kingdom, who died in 1908: “In his lifetime he was so powerful that he even usurped power from the Osemawe. Lisa Alujannu, known for her extraordinary accomplishments, once buried a pregnant woman alive at the height of her power. Literary works such as A Dance of the Forests by Wole Soyinka show the futility of an uncritical reverence for the African past. The converse, which is Achebe’s project in Things Fall Apart, is also true: pre-colonial Africa was not an era of darkness from which colonialism saved Africa. Like all stories, the story of Africa is a mixture of the good, the bad and the ugly, and there is the key question that Anya avoided but nonetheless salient: how do we want to approach the future? And that question begs another: Can we move forward by constantly looking back?

Beyond the issue of colonialism and genocide, there are issues of underdevelopment addressed by Walter Rodney in his era How Europe Underdeveloped Africa. And thrown into the mix is ​​the United States’ continued role in political interference around the world. What have African leaders done to save Africa from neocolonialism? Which African country can be presented as a model of democracy and good governance?

Moreover, for some time now, world powers have taken an increasing interest in the African economy, fueling fears that the scramble for Africa, which took place between 1881 and 1914 and by which European nations divided and colonized the continent, be there. again economically. During Theresa May’s presidency, a British tabloid, The Spectator, accused the EU of protectionist policies that have done so much to deepen poverty in Africa by imposing tariffs on basic agricultural products and preventing the Europe to produce a large part of the food produced by quotas and punitive tariffs. He said aid projects related to climate change were often designed to keep Africans in a noble state of poverty, leading a life of environmental purity to allow European countries to continue polluting for a bit longer. He cited the British aid project, Green Africa Power, which spent £9.4million trying to bring solar and hydropower to nine million Africans, but failed to provide a single gigawatt of electricity in five years of operation. It’s the kind of conversation that matters today, not the vitriol of the past.