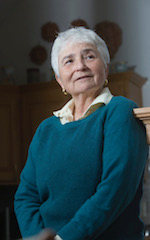 LAWRENCE – The University of Kansas community mourns the death of Jan Kozma, professor emeritus of Italian, who died on November 9 at his home. She was 72 years old.

â€œProfessor Kozma was a dedicated scholar and teacher who shared her passion for Italian language and literature with her students throughout her 37 years at KU,â€ said Chancellor Douglas A. Girod. “On behalf of the entire university, I offer my condolences to her family, friends and everyone who knew her at KU.”

Kozma joined KU in 1977 as an assistant professor. For 37 years she taught Italian language and literature at the French and Italian department of KU. At the start of her career, she published two textbooks on the Italian language. In 1978, she instituted the KU Study Abroad Program in Florence and Rome, which she herself conducted on several occasions.

For her excellence in teaching, Kozma has received a Kemper Award and a Mortar Board Award, and she has won the Cramer Award five times. She was chair of the department from 1987 to 1992, and in that year she reached the rank of full professor. Over the years, she served – and at times chaired – numerous committees for the University and College of Liberal Arts and Sciences before retiring in 2014.

Kozma’s scientific interests were the novel and poetry of the 19th and 20the century in Italy, in particular the works of Alberto Moravia, Vasco Pratolini, Francesca Duranti and the Nobel laureate Grazia Deledda. She is the author of two books of literary criticism, â€œThe architecture of imagery in the fiction of Alberto Moraviaâ€ and â€œThe eternal adolescents of Grazia Deledda: the pathology of arrested maturationâ€.

She has also translated three of Deledda’s novels and written numerous articles and book reviews. For her academic contributions in the field of Italian language and literature, Italy honored Kozma by appointing her Knight of the Order of Merit of the Italian Republic.

Bernardo Bertolucci of the famous “Last Tango” died in Rome