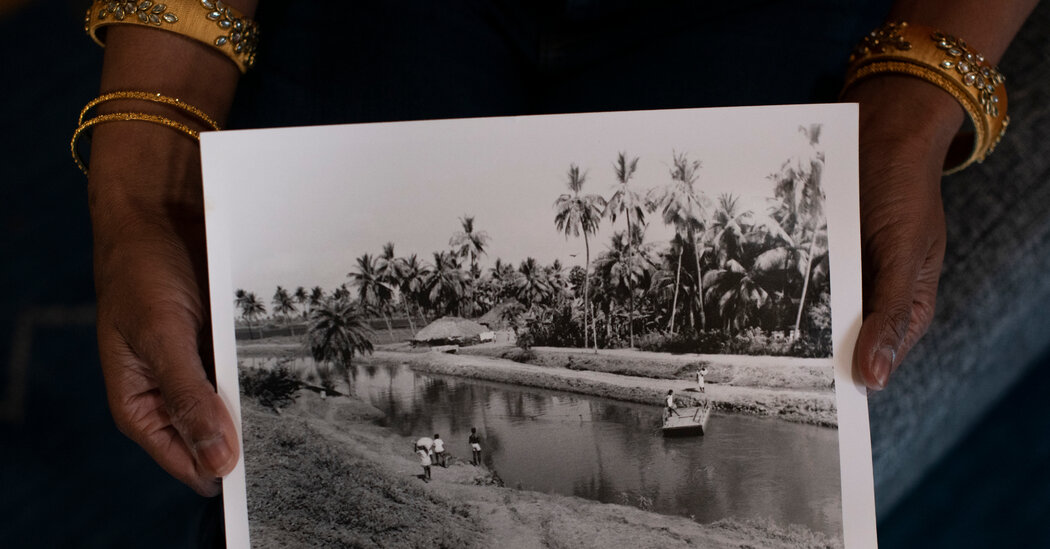 Vauhini Vara began writing her first novel 13 years ago, while working as a technology journalist and meeting CEOs like Larry Ellison of Oracle and Mark Zuckerberg of what was then a very young Facebook.

The lack of South Asian leaders in the industry sparked an idea: its main character, an Indian, would become a technology CEO in the United States. By casting her protagonist as a man from the Dalit community, who holds the lowest rank in the Hindu hierarchical caste system, she was simply incorporating what she had a connection to, she said; her father is Dalit and grew up in a coconut grove in rural India.

These deeply personal decisions turned out to be prescient. Now, as she prepares for the release of her novel, ‘The Immortal King Rao’, on May 3, six of the world’s biggest tech companies – Adobe, Alphabet, IBM, Microsoft, Google and Twitter – are led by men of Indian origin. descent.

The importance of Indian-born tech leaders is just one way the near future that Vara painted in her sprawling sci-fi novel feels less like an imaginative leap now than when she first started writing. .

“It’s almost as if reality is getting closer to what I imagined as a sort of speculative future in my book,” Vara said.

In the years following her work as a tech journalist, Vara studied creative writing, took other journalism jobs, moved away and then moved again. She had a child. She wrote the book in whatever spare time she had, often on Google Docs on her phone.​​

“I was still working full time,” Vara said. “So I would write on the weekends, I would write in the evenings and sometimes a year would pass and I wouldn’t write at all.”

“The Immortal King Rao” begins in the 1950s with the birth of a child – a Dalit boy who enters the world “not even possessing a name”, but is known as King Rao. His mother wants to call him Raja, the Hindi word for king, but his brother-in-law, an Anglophile, insists on using the English word instead. “A big name for a little runt,” other members of the Rao family would say.

Around the time Rao was born, his family found themselves in the rare position of owning a coconut grove, giving them the means to send the boy to school and then to university. When he was hired as a teaching assistant in the engineering department of a Seattle university, a friend told him that “caste wouldn’t make sense in the United States.” He therefore joined the wave of Indian immigrants arriving in America in the 1970s.

Imagining Rao’s childhood was initially difficult for Vara because having grown up in North America – first in Saskatchewan, Canada, then in suburban Oklahoma and Seattle – she had no parents. personal experiences to draw on. “This story is my family’s story, but it’s not my story,” she said. “I have no first-hand knowledge of what it’s like to grow up in rural India, what it’s like to be a Dalit in India.”

She broached the subject as a journalist: in 2010 she traveled to the rural town of Tottaramudi in the southeastern state of Andhra Pradesh, where her father was born, and interviewed the family enlarged than it was.

This is also why the story is not told from Rao’s point of view, but from that of his daughter Athena, Vara said.

The result is a nuanced portrayal of a community that rarely appears in novels published by major Western presses, Karan Mahajan, the Indian-American author of “The Association of Small Bombs” and a friend of Vara’s, told AFP. university which shared their comments on the manuscript. “It brings people into the complexity of Dalit life,” he said, while avoiding exploitative portrayals of poverty or seeing Dalits “monochromatically through the prism of oppression.”

In Vara’s book, Dalits are not victims, but entrepreneurs, innovators and geniuses.

Even the fact that one of America’s “Big Five” publishers, WW Norton, publishes a novel by an American Dalit is rare, Mahajan said. Vara might be one of the first, though it’s hard to pinpoint the exact number of writers who consider themselves American Dalits. Many, like Yashica Dutt, who wrote “Coming Out as Dalit” in 2019, have either published non-fiction books or worked with Indian presses.

Breaking down barriers, however, doesn’t weigh on Vara, in part because her parents — who also broke convention when they entered into a cross-caste marriage — instilled in her “a sense that we could a) pursue anything what we wanted to pursue and b) achieve,” she said. She also credits “truly extraordinary luck”; throughout her career, she said, she was surrounded by many “color journalists, color editors, color writers, and color writers who wrote science fiction,” so that publishing this book now “seems very natural.”

Vara’s novel skips genres with agility once Rao lands in Seattle. There, he begins to develop a Steve Jobs-like personality as he works with his teacher, Elbert Norman, and his teacher’s daughter, Margie, to invent a revolutionary new product – a personal computer – that quickly attracts a consumer base. faithful.

From the moment he sells his first computer, the Coconut, for $999, Rao is addicted to the American capitalist dream. “If you are intelligent, ambitious and talented, you are rewarded! he said to Margie. “You can change – foreign student to inventor, businessman!”

As his company, the Coconut Computer Corporation, grows and produces more and more products, Rao’s ambitions expand and the novel takes on a dystopian bent. He goes on to create a new world order – one in which the government is run by a corporation and the citizens are called “shareholders”. He also invents a genetic code that, when injected into humans, produces “biotransistors” that link their brains to the internet, allowing them to access all the information in the world, read other people’s minds and store and transfer their own memories.

“Interestingly, as the writing progressed and time passed, Elon Musk founded Neuralink,” Vara noted, referring to the tech billionaire project 2016 to create brain implants that would connect humans and computers. What was once a radically imaginative part of Vara’s storyline has pierced the line between fiction and non-fiction and has become real enough for her to watch explainer videos about the new technology.

When Vara finally finished “The Immortal King Rao,” she sent a copy to her father, who inspired the plot so much. He sent her some corrections on Dalit life and told her he liked that she quoted Thomas Piketty in her epigraph.

It only got one negative review. “It could have been funnier,” he told her.

In conversation with Madhav Gadgil