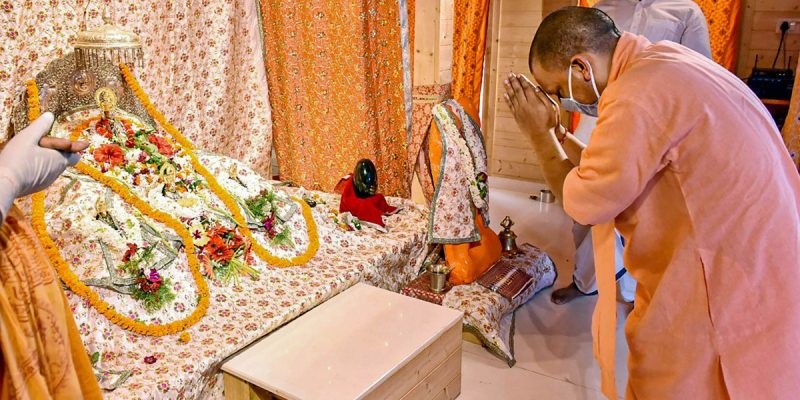 What we need in India is freedom of religion

As Karnataka’s high court debates its controversial decision to temporarily ban nonconformist attire that could provoke a religious backlash, head coverings of all kinds have a long and controversial history.

Home to the largest Muslim population in Europe, the French Senate voted last year to ban girls under 18 from wearing the hijab in public. While French politicians called it necessary for secularism, women’s empowerment and public safety, Muslim groups called the law Islamophobic.

Fifty years earlier in England, Tarsem Sandhu, a Sikh bus driver from Wolverhampton refused to take off his turban on his bus route or shave his beard. Continuing the city’s transport service, he eventually won the right to work and maintain his religious dress code – but only after a contentious legal battle that pitted him against then-local MP Enoch Powell amid critical race and immigration to the UK. Questions. Sandhu has since retired, but his case set a new precedent; the British Police Sikh Association even won in 2010 the right to allow Sikhs to enter firearms units with bulletproof turbans, while exempting them from wearing protective helmets under the Law on religious exemption.

Such religious liberalism has a difficult history in the United States. Although the yarmulke is widely and publicly accepted as a symbol of Orthodox Jews, and even Somali-American Senator Ilhan Omar willingly wears a hijab in Congress, the turban occupies a space of uncertain ambivalence. Worn by Sikhs, Arabs, Asian and African Muslims alike, many Americans remain blissfully unaware of its origins and accolades. Mistaken to be an Arab, a Sikh gas station attendant was murdered shortly after 9/11 in Arizona; a few years ago, a mass shooting took place in a Gurudwara in Wisconsin. A US academic study on racism pointed out that Indian Sikhs dressed decidedly differently from known stereotypes and were more likely to become targets of white gangs.

In India today, every form of everyday action is also misinterpreted and mutated in religious and ethnic terms. Wearing a headscarf is considered a religion rather than an individual’s desire to wear what they feel comfortable in. The same goes for an ecological act, like cleaning a sacred river; the same applies to a civic act such as the moving and rounding up of stray cattle; stand-up comedy, a failed social event for the comic for ethnic reasons; even a long-venerated Gandhian hymn is misinterpreted for its source rather than its content. Everything is swollen with embers of national rage.

In the end, conformity to a universal dress code, according to religion, sex, status, nationality is a maddening and senseless debate. Should Muslim women in saris be persecuted for inappropriate evening wear? Should Hindu women who wear salwar kameez or who do not wear bindi be victimized in the same way? What then of people who wear saffron-colored clothes but are themselves non-Hindus? This is a difficult puzzle. Every little detail of everyday life can have anti-religious or anti-national intent. A person who refuses a piece of dhokla is not only anti-Gujarati, but if he opts for ice cream instead, he is anglophile, and therefore anti-Indian.

Students of Jadavpur University hold placards while waving slogans during a protest for the right to wear a ‘hijab’, in Kolkata on February 11, 2022. Photo: PTI

While the United States has clearly and successfully achieved a separation between church and state, India makes no distinction between temple and state. Beyond all the hate speech, hijab controversy, relentless election campaigns, temple building frenzies and monumental religious festivals lies a wasteland waiting to be tackled. Current figures on rural nutrition, health, public education, unemployment, urban pollution, housing and sanitation have effectively landed India at the bottom of the livable index. But as long as the temple continues to function as the state and the state as the temple, little is likely to change.

How then can a religious code set a level playing field for all citizens? Two tough ways: First, confine all religious acts to privacy, so that any experience of temples, mosques, churches, or other structures happens behind walls. In this way, there is no visible display of religious activity – no public display or celebration of festivals, no religious promotion in the media. Of course, this may not be easily achievable, but when ordinary daily encounters are constantly viewed in religious terms, it is worth taking extreme measures. Perhaps we can start with officials and elected officials confining their displays of religion to their homes?

Certainly, for an unequal society like ours, setting limits on the public propagation of religion can have far-reaching consequences. But its opposite can be just as effective – opening up religious practice fully to all and sundry, so that in the distant future we see entirely new and gratifying images of secular practice: Muslims offering Friday prayers in a church, a Hindu priest leading the Ajmer Dargah and Christian women praying in the Sabarimala temple. Freedom of religion would come into play when equal access to all places for all citizens, regardless of their attire, becomes a fundamental right.

In the end, the ultimate goal should be to completely confuse the religion’s rigid insular structure, so that all of its controversial symbols are reduced to insignificance. By no means to trivialize the religion, but to erase the bitter implications of the hijab, turban, temple shikhar, Islamic dome, saffron robe, church steeple, etc. and thus encourage only the common practice of all religions – the sanctity of prayer. When that happened, surely we would cross a truly egalitarian spiritual boundary?

Gautam Bhatia is an architect based in Delhi.

Who are the top 10 scorers of all time? Cristiano Ronaldo one step away from equaling the record