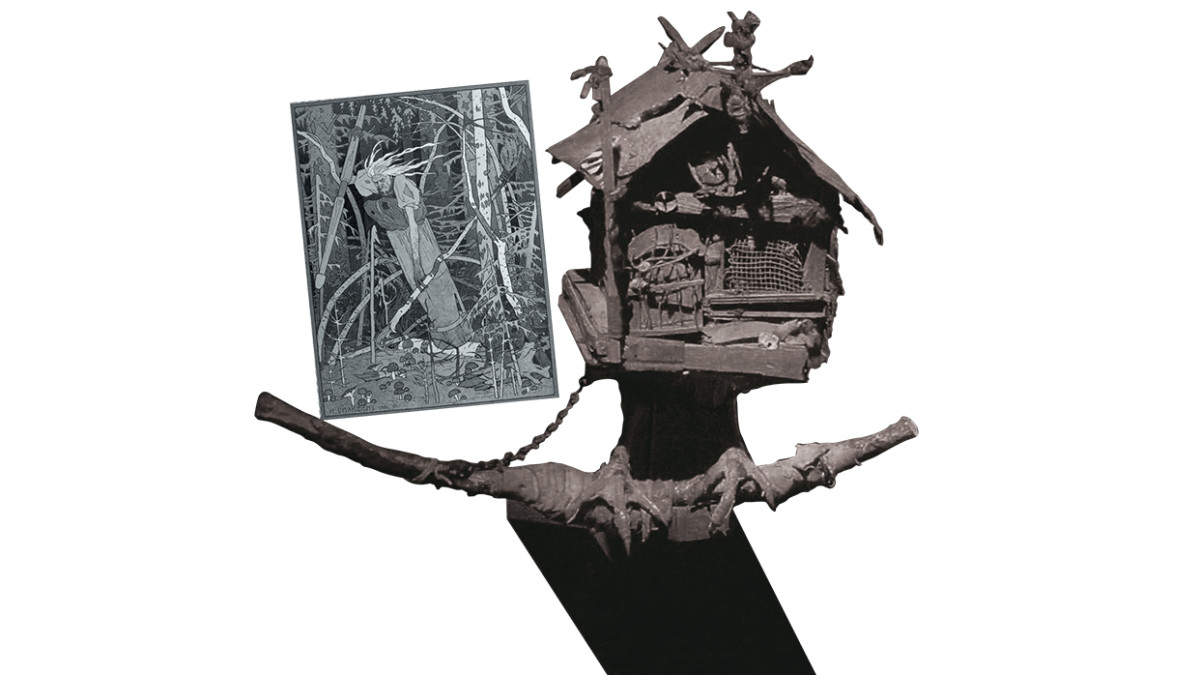 “There are countries where people speak English. But not like us – we have our own languages ​​hidden in our hand luggage, in our cosmetic bags, only ever using English when we travel, and only in foreign countries, for foreigners. It’s hard to imagine, but English is the real language! Often their only language. They have nothing to fall back on or to turn to in times of doubt. How lost they must feel in this world where all the instructions, all the lyrics to all the stupidest songs possible, all the menus, all the atrocious pamphlets and pamphlets – even the elevator buttons! – are in their private language. They can be understood by anyone at any time, as soon as they open their mouths. They must be forced to write things in special codes. Wherever they are, people have unlimited access to them, they are accessible to everything and everyone! I heard there were plans going on to give them a little language of their own, one of those dead languages ​​that no one else uses anyway, just so that for once they can have something something just for them.

The world is a window, a screen now. You can tap on it and even see the black holes. But in the 1980s, in a forgotten house of a
town called Arrah in Bihar that had these blackouts, there were these books from somewhere else, places that were about snow and fascism. At the time, we read and translated these words translated into imaginary landscapes. We have become these magicians of these worlds that we had never seen and of which we only read. We have become translated people.

My grandfather had many books by Chekhov, Gogol, Tolstoy and Dostoyevsky lining the shelves. The subversive tone of Russian fairy tales, the politics of haves and have-nots contained in the pages of poor people of Dostoyevsky and the unique misfortune of a family in the story of Tolstoy Anna Karenina reflects the conflict of social values ​​with the ideas of a dominant social group. There was this propaganda approach in the post-Cold War era with Russian translations appearing in small town bookstore windows and book fairs in the 1970s, 80s and 90s, but these books made us more tolerant towards other landscapes and other people.

READ ALSO : For good and for verse: what the Booker Prize can do for Indian poetry

These translations made available to us by Raduga Press and others have made the act of wondering possible. They offered many of these other lands and abolished concrete geography. You could go there in your head. This opened up new possibilities. In Patna, in the old bookstores, there are Hindi translations of Maxim Gorky Mother. I am bilingual. It’s a bit of comfort. I have a private language in that sense. But I now also have a personal language that I learned by imagining these places and the people who lived there.

In an almirah in my old house in Patna there is a book by Olga translated by Maria Puri in Hindi called Kamre Aur Anya Kahaniya. Published in 2014 by Rajkamal Prakashan, the cover of the book looks like an x-ray of a room. Flowing white outlines of furniture on a black background. Like the outlines of memory on the slate of nostalgia. I bought it because the title intrigued me. All these years that I have returned to the house where I grew up, I have stayed in two rooms. One belonged to my grandmother and the other I had occupied for some time before I left. These pieces had stories. They had their own private language. This is the translation problem. It’s not just words. It’s a lot of imagination. He has many memories. That’s a lot of travel. It could very well be a time machine, a portal, a passage like the old cupboard of Chronicles of Narnia. My room could be Narnia. Between the worlds open to a few and dotted with portals on the shelves or in the wardrobe, there are capes and velvet robes and tales.

READ ALSO : Booker Prize for Geetanjali Shree may be a big moment for Hindi literature, but not enough for Indian translations

And that is why, as Aslan said in Chronicles of Narniayou were brought here.

That by knowing me here, you might know me a little better there. This is the essence of translation. To know a little better there. “It’s not easy to go from your world to this one,” Malebron said, adding, “But there are places where they touch.” That’s probably what translation is. It is a political and cultural map, an act of resistance against borders, a protest against the fear of the other. It is a bridge and a lighthouse. There are places where the worlds meet. As in the rooms of Olga’s stories translated by Maria and in the rooms inhabited by the women of my family.

The old almirah where I keep my books in my old house is a world of translations. There are English translations by Alberto Moravia The conformist and Two women. There are many other things that translate into everyday experience here. Marcello Clerici, the protagonist or anti-hero of Moravia’s The conformistkills lizards.

The conformist, published in 1951, was an exploration of the structures of the fascist state in Italy under Mussolini. Tami Calliope translated it into English. I first found the book in my grandfather’s house in Arrah in Bihar. Many years have passed since I read it, but I still remember the “original crises” of the book, including Marcello’s escalating acts of violence. There was this destruction of a flower bed, a massive massacre of lizards, the killing of the neighbour’s cat.

READ ALSO : Our Stories, Their Words: Why More Western Writers Are Now Translating into Indian Languages

There are so many of these “places where they touch” here. I remember a cousin in that old house killing lizards by throwing potatoes at them. Then there was a dead lizard hanging from the ceiling of another old house with too many rooms. And then there’s the diet here. And this regime demands the same kind of loyalty because it feels under siege; he tolerates all kinds of crimes. You are either for or against. There was this construction of “nationalism” and to read Moravia today is to translate the excesses of the regime into our reality. Translations help us make sense of all the violence, love and loneliness in the world. They force us, the peoples confined within the borders, to collectivize ourselves. Knowing each other has never been more important than now. Ret Samadhi winning the International Booker Prize is a happy thing. What is more important is that it has been translated. There is this hope that many will read it. They will know us a little more. That’s enough hope.

We are all translated beings.

“I’ve been writing this since
summer my grandfather
taught me to hold a blade
grass between my thumbs
and make it whistle, since
I first learned to do green
blue and yellow, shot
snowflake paper, vintage
a shell echoed the sea,
and the sea had no end.

It was a place devoid of mountains and seas. But I knew the snow. I also drew endless seas. In this house in Arrah, I met Fyodor Dostoyevsky and Leo Tolstoy and Moravia for the first time. I read articles about the brutality of the Siberian winters, the cruelty of the tsars and the impotence of the peasants. On hot summer afternoons, I learned to imagine other people’s snow, fur, and despair. We made fake snow with cotton balls. I drew Baba Yaga’s strange abode which was supported by wooden pillars that looked like chicken feet. Baba Yaga, the Slavic Witch, translated into a strong woman, an eco-feminist who lived on her own terms and hated mansplaining. We even called Chestnut Grey, the magic horse. It was a translated world, but we were free to live in it.

Researcher Gayatri Spivak says translations are both necessary and impossible. Translation and culture are not separate entities, they are identical. And that’s why we have to go beyond language. We need to imagine more, remember more, and learn more. We must read and we must allow ourselves to cross all borders. Translators have this private language, and they give this language to readers. A language to imagine. A language to understand. We need to go beyond English as argued by Spivak. And the subordinate must speak. In their language, with their context intact. You have to go beyond the usual publishing houses, beyond the glamor and the glitz, to find stories that matter. This is the hope that the translations have in store for us. Like headlights.

And there must be a siren language. And if we could translate their songs, the sea would perhaps be a little less scary. Like the world. This Outlook issue is an ode to translations. We have used translated works in our journalism, and we know that is the other antidote to otherness, besides love.