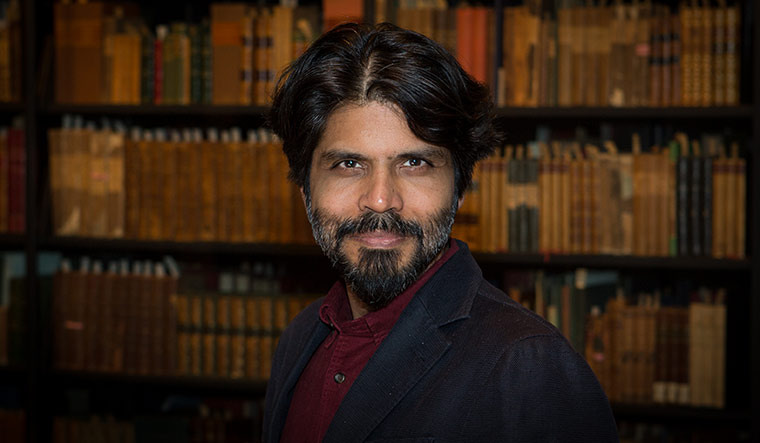 Writing fiction is the most rewarding thing I can do, says Pankaj Mishra

It’s funny – the one thing you don’t expect from a book by Pankaj Mishra, especially as it distils into fiction his critical writing of globalization and capitalism. But his new novel Run and Hide – in which he returns to fiction after 20 years – is surprisingly (at least in part) humorous. A word Mishra is definitely not. He is known for his eloquence. His measured responses (never flippant). And its unflinching chronicle of the dark side of globalization.

“I really wanted it to be a funny book,” says Mishra from London, on Zoom. “I’m glad you noticed that.” It’s the only time there’s a hint of levity in the conversation. It’s around 8 a.m. and there’s a problem with his laptop’s camera. His voice, however, resonates across the continent, assured and articulate.

Mishra started writing fiction when he graduated in business at the age of 17. With the dream of becoming a novelist, he sent a few pages of a novel he wrote to a publisher. They wanted more. But in 1980s India, when the Indian novelist didn’t exist, Mishra never pursued it. The Romantics was his final foray into fiction in 1999. “Nonfiction writing has become a way of being in the world of making a living,” he says. “It was only a matter of time before I returned to fiction. I’m surprised it took me so long, because ultimately, from a creative standpoint, writing fiction is the most fulfilling thing I can do. In other words, exploring people’s inner lives, their motivations, what they say…”

Mishra does just that: delve deep into the inner worlds of her characters, the poster boys of the India Shining story. Run and Hide is a book for contemporary times. On the surface, it is the story of three boys – Arun Dwivedi, Virendra Das and Aseem Thakur – who enter IIT, the dream that has come to symbolize the aspirations of the new India and its potential to finally open the doors of success. It follows their lives, choices and careers, but delves into themes of ambition, greed, system, morality, change and the seductive and destructive aspects of an economy based on individualism and consumption.

The narrator, Arun, bears more than a passing resemblance to Mishra. He lives in a small hill town like Mishra, adamantly refusing to be part of the “social media economy” and remaining focused on work. The morally dubious Aseem, a scam publisher facing rape allegations, is easy to identify. Scattered across the pages, others are familiar and recognizable. Alia – whom 50-year-old Arun falls in love with – is a privileged Muslim elite who fights social media trolls and is writing a book about the three. It is indeed Alia who is the catalyst of the story. “People have said this: all these characters are composite. I think the closer the reader is to the society the novelist is writing about, the stronger the resemblance will be,” says Mishra. “But at the same time, I wanted to have the creative license. Many people share these characteristics: ambition, aggressiveness, and vulnerability to corruption and the ever-increasing craze for fame and wealth.

At its heart, the book addresses the dangers of the compromises one makes on the road to success. “Only in retrospect can I see the danger that Aseem never reckoned with: that in our attempts to remake ourselves, to become ‘real men’ simply by pursuing our strongest desires and impulses, without the help from family, religion or philosophy, our self-awareness would shrink, the distortions of our characters would go unnoticed, until the day we woke up in horror for the people we had become,” Arun writes. .

Mishra uses the vehicle of fiction to explore the theme he has spent his life telling: the ruthlessness of liberalisation. It is deeply political, dark, unwavering in its criticism, insightful, vividly imagined and, as always, unsettling.

Since Butter Chicken in Ludhiana – his travel book written in the 1990s which captures a changing country – Mishra has focused on transforming the country as it rushes towards modernization, shedding its past to embrace the more shiny. Unlike his non-fiction – sensitive, insightful, and holding a mirror up to the uglier side of history – Mishra’s fiction focuses on the great prize that progress in the current economic model brings. It is also a book that feels vividly. There are parallels to Mishra’s life that go beyond the obvious. There is, for example, Arun’s attempt to run away and seek refuge in spirituality. This is a theme that Mishra also explored with Buddhism.

If Mishra is the voice of misfortune in his non-fiction, in his fiction, his anguish is palpable. While his arguments are powerful in his essays, in his fiction they are more powerful and impactful. And offers a brief insight into why Mishra is compelled to stick to a critical voice, not only by his politics and ideology, but also by something deeper: loss. “At the end of the day, you can use a number of big words to describe what’s going on in India, whether it’s globalization or liberalization,” he says. “But what happened in India is unprecedented. The modern world begins with large-scale uprooting. In the Indian experience, it’s very difficult to go back. When you leave home, it’s something something irrevocable. You are closing a chapter in your life that will never open again. I see this personally in my own life. I go to places in Delhi that I used to know. I go to Varanasi or Benares, and I notice how completely transformed they have been that I can barely recognize them. The places that held my most cherished memories are now gone, so those memories really only exist in my head. There’s nothing there- bottom that matches.

For Mishra, who left home as an adult to travel the world, it’s a tougher escape to bear. “We all have to cope in our own way, which is to read, think, write, create and memorize,” he says. “Remember, it’s very important. Keep in touch with our friends and that’s how we do it. I’m even further away from the places I grew up, which were part of my early years. I have to make a deliberate effort to stay in touch, otherwise you feel like you are drifting through the world, further and further away from the things that made you.

Hannah Betts’s Better… not young: The secret behind this “au natural” French look…